BNS
aA
Opposition parties at the Lithuanian parliament have called for resignation of Interior Minister Kęstutis Trečiokas due to suspected corruption. 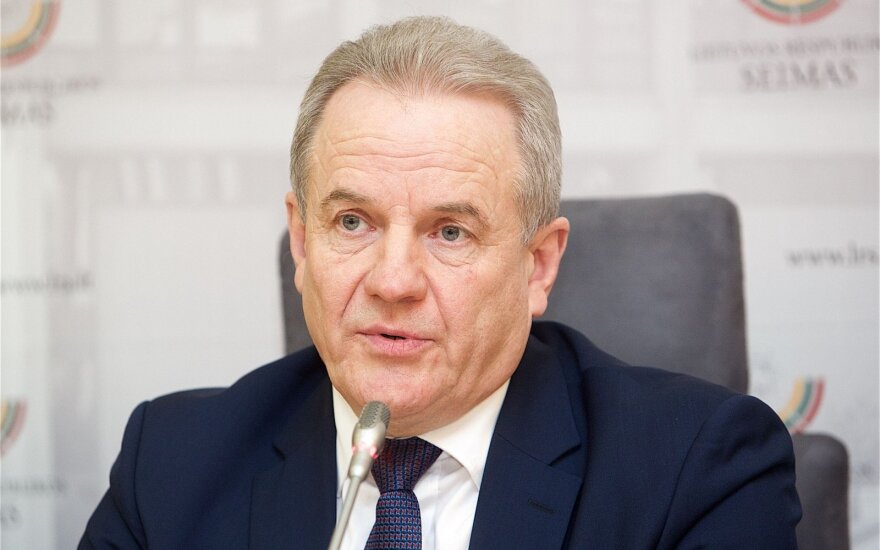 Unless Trečiokas, of the Order and Justice party, steps down himself, the opposition will initiate interpellation proceedings to remove him.

"If Trečiokas does not step down today, the political group of the Homeland Union – Lithuanian Christian Democrats (conservatives) will initiate the interpellation procedure," the conservatives' leader Gabrielius Landsbergis said in a comment to BNS.

The conservatives want the minister removed after he turned out to have "lied to the Anti-Corruption Commission about the influence of (Druskininkai Mayor) Ričardas Malinauskas about the Vijūnėlė mansion", as illegally constructed house in central Druskininkai is known.

Another opposition party, the Liberal Movement, also pledged to support the initiative.

On Tuesday, Lithuania's law-enforcement dropped an investigation into suspected unlawful influence on a government resolution that lifted zoning requirements in Druskininkai. Trečiokas was questioned as a special witness in the case. Prosecutors suggested that the collected materials should be examined by the Chief Commission for Official Ethics and the parliamentary Anti-Corruption Commission.

"As to the opposition's demand – they have invested a lot in the scandal, they have to have a result, I realize that," he added.

The transcripts of his conversations with Druskininkai Mayor Ričardas Malinauskas show that Trečiokas promised "to look after" and "remind the company" to handle the resolution-related issues.

Lithuania's law enforcement said on Tuesday they dropped an investigation that involved the minister...

The ministers of environment and agriculture will have to go if they are caught lying about...

A proper clean-up of the Social Demcratic party following a raft of recent scandals could cost the...