Romas Sadauskas-Kvietkevičius
aA
Don't tell anyone, but I actually dislike saving money. When I decide to buy something more expensive, like another lens for my camera, I borrow from my wife instead of saving part of my wages for a few months. Then I repay the money according to a pre-set schedule to her just like to a lending company. 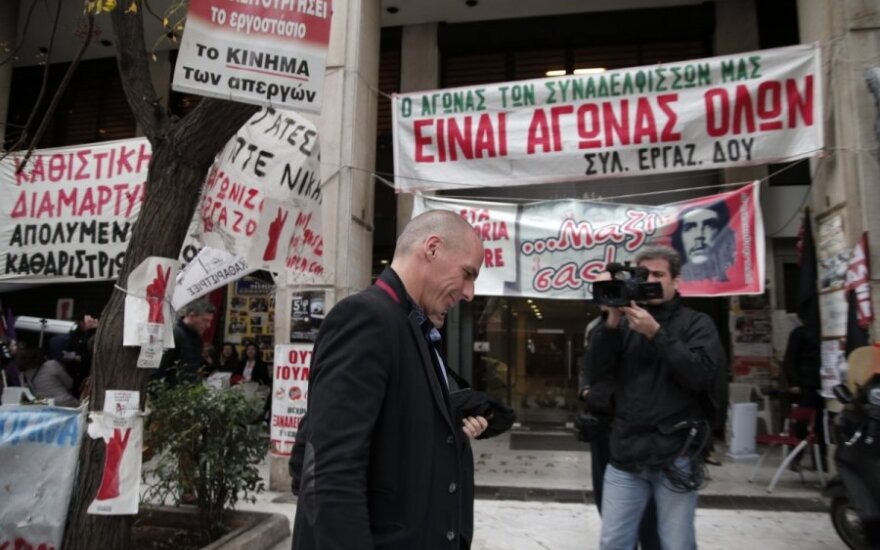 I can allow myself to do so because my spouse is surprisingly responsible when it comes to managing family finances, so I don't even bring up that it annoys me that she collects receipts from shopping trips and enters the data into excel spreadsheets. I just sometimes call her "Frau Merkel".

After the celebrated accession to the eurozone, we have joined Nordic states who have learnt protestant work ethics and saving for centuries, as well as more relaxed southern state inhabitants who know that after crashing their economies they can rely on the solidarity of their thriftier northern neighbours. Today, however, it looks like this agreement is falling apart and there is a spirit of Marxist revolution flying around Southern Europe, a revival of an approach that had been left behind in the 1990s.

When the crumbling Soviet Union stopped supporting communist parties across the world at the end of the 20th century, the far left of Western Europe entered a difficult period. Radical criticism of capitalism was still popular in universities and in left-wing media, but had no way of becoming a political power through elections. Having renounced the call of global revolution, students grew up, donned suits and became respectable social democratic and christian democratic politicians, choosing to seek the dreamed of social justice not behind barricades, but in municipal and parliamentary committee meetings. 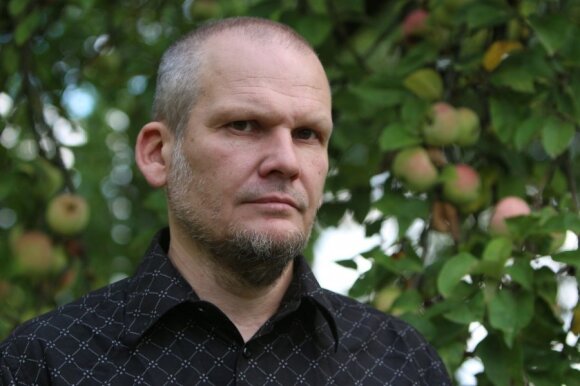 The best example of this transformation is the former Norwegian prime minister and new NATO general secretary, Jens Stoltenberg, who was a long-haired leftist youth throwing rocks at the US embassy in Oslo in the 1970s.

With Vladimir Putin's Russia turning its attention from its traditional allies in European leftist parties to the Eurosceptical far-right, such as Marine Le Pen's Front National and the UK Independence Party, we forgot that there can actually be policy lines more to the left than those of the Social Democrats. The leader of our local Socialist Front, Algirdas Paleckis, in his striving to suck up to Russia, cannot even compete with vinegar evaporators and pseudo-lowlander public correspondents to Putin who accepted the parody that was elections in Donetsk and Luhansk.

Under such circumstances, the victory of the far-left Syriza in Greece and the mass rallies in Spain for Podemos have become another big challenge for Europe, still unsure of how to deal with islamism, the radical right and Russia's growing aggressiveness. Meanwhile I am more interested in how it is that, exhausted by austerity, voters in Lithuania and other Baltic nations avoided the temptations flaring up in Southern Europe.

First of all, I'd like to note that in Lithuania the period of cuts coincided with the right-wing Andrius Kubilius government. Up until the Seimas elections in 2008, there was no austerity, while in the autumn of 2012 there was a stable growth in our markets, though this was not felt by the majority of the electorate. All the then opposition parties could safely position themselves as critics of the austerity policy and compete for the votes of exhausted voters. Where both the left and the right were tightening their belts, disappointed voters could only turn to more radical leftist and rightist political powers. For [conservative] Mr. Kubilius, this is obviously not going to make things much easier, the curse of crunch time will likely follow him until the end of his political career, but having endured until the end of his term, he gave a gift to the Social Democrats of a clean reputation, which, as long as they refrain from any major reforms and therefore mistakes, should suffice for several terms in office.

It also helped that, in Lithuania, far-left ideas are still identified with the period of the Soviet occupation, so neither the Socialist People's Front, nor several other small left political organisations could ever dream of popularity akin to Syriza's. The rioters of 16 January 2009, having tried to smash the parliament building windows, were appropriately dealt with and later would have to make ample trips to court hearings and interrogations, not gaining any momentum as an anti-system political force. The fenceside protests in Garliava and the political movement born from them also successfully diverted a large part of public attention away from the difficulties of crisis-management economy.

All three current Lithuanian coalition parties have members no less radical than those in Greek and Spanish populist parties. This way they are capable of garnering protest votes and, when they come together, to stick to the party line and, under the watchful eye of the president, agree on important decisions. We therefore witness a peculiar result, a Seimas majority elected on the votes of those opposing austerity policy with a cabinet that successfully maintains moderate austerity and retains its popularity with populist rhetorics.

Lithuanian PM: Promises made by Greek PM are impracticable

Promises to increase wages and pensions and to lower taxes made by Greek new Prime Minister Alexis...