Opinion: Why is Lithuania Russia’s Enemy No. 3?

(1)
Karolis Jovaišas
aA
That’s because the first two positions in Russia’s enemy ratings are reserved for extremely superior players. Lithuania in the third spot might sound counterintuitive, but it’s no joke, it’s an actual fact. But let’s unpack it in proper order. It comes as no surprise that Russia’s enemy number one is the United States, the only remaining superpower and world policeman after the collapse of the USSR. 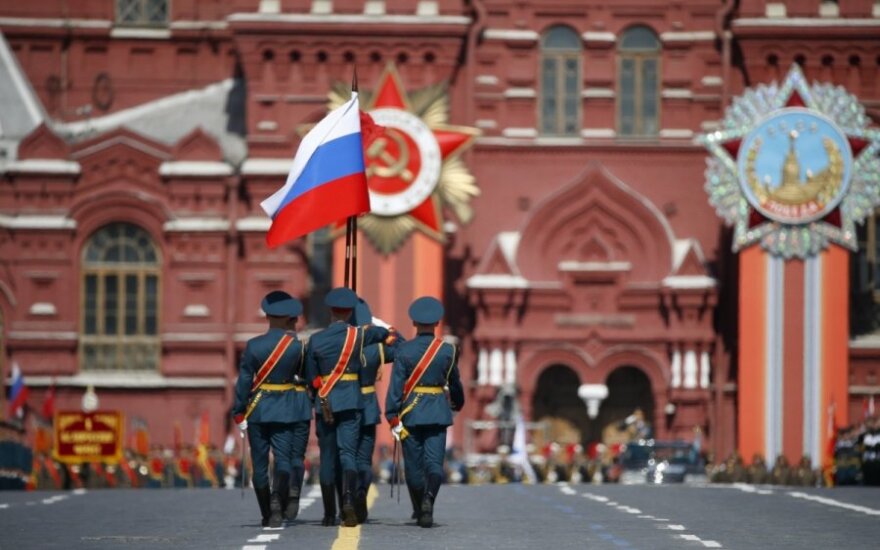 Russia has inherited, inter alia, the following legacy from the Evil Empire: (a) nuclear weapons; (b) an arsenal of lies and demagoguery; (c) pathological hatred of the US. Russia longs for its lost superpower status and blames America for the Maidan, for falling oil prices, the nuclear war heads that surround it and other afflictions. The Kremlin's mouthpiece Dmitry Kisilev has even pronounced that Russia can turn the US into radioactive ash.

The irony is that it’s all the other way around. It’s not Russia but the US that can turn Russia into radioactive ash. The fact of the matter is that the US was constantly upgrading its anti-missile defense system while Russia in the 1980s was suffering from economic paralysis and saw its armed forces degrade. The Russians do know, however, how big a price the US would have to pay for destroying their country and that it is not interested in escalating a nuclear apocalypse.

That’s why Vladimir Putin, who is no lunatic or kamikaze, successfully simulates insanity and yields therefrom hefty political dividends. It’s here that the lessons of the great teacher and author of ideas of national bigotry, Adolf Hitler, served Mr. Putin well. Especially when the unpredictable tough guy does business with spineless politicians who shirk at the prospect of mutual annihilation and fail the so-called “chicken” test.

Mr. Putin and his entourage, however, have not amassed their immense wealth just to see it and themselves go up in the flames of a nuclear war. That’s why the cold and rational KGB man cannot afford to cross the line that the West has drawn for him. He can’t, because the Western powers have learned the Fuhrer’s lessons, just as Putin has, and they are well aware they will have to shoulder heavier consequences they are eager to avoid.

Poland and the Baltic states, the countries that have suffered more than their fair share of misery, have not forgotten the lessons of history and are the most consistent and strongest critics of Putin’s regime. Is it just because of the principled position of these countries that the Kremlin considers them Russia’s enemies? It’s likely that Russia is displacing its pathological hatred of America onto these countries that are under the protection of NATO. And the force that dominates NATO is the United States.

Let’s suppose that Russia, as Zbigniew Brzezinski fears, can occupy the Baltics in one day and there will be nothing that the West can do. The polite little green men who occupied Crimea in a bloodless flash would seemingly confirm the supposition that Russia is capable of a Blitzkrieg, Putin-style. Yet what is the worth of this Anschluss, effected without any opposition and with demoralized Ukrainian troops crossing over to the Russian side? 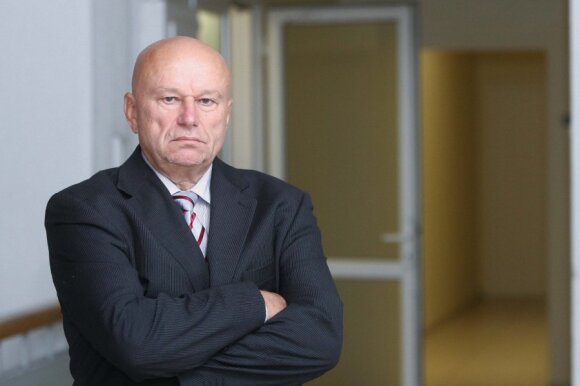 Things would pan out differently if the aggressor were to meet with resistance from motivated NATO-standard troops. In such a case, we might discover that Russian victories, like in World War Two, are built on mountains of corpses. Let me add, of course, that holding out against Russians until NATO rapid response assistance arrives would be a challenge.

Are the American soldiers currently deployed in the Baltics serve as a deterrent? If economic hardship in Russia started pushing Putin’s ratings down, could he resort to an insane adventure in order to present his nation with a small victorious war? While such a scenario cannot be dismissed, unmotivated aggression against the Baltic states is not Russia’s way.

Let me emphasise that in principle it’s not Russia’s way because the Kremlin always uses noble excuses for occupying and annexing foreign territories, like liberation of enslaved nations from fascism. Is aggression against the Baltics possible on the excuse of alleged violations of Russian-speakers' rights? That in itself cannot be ruled out on the condition, naturally, that an ethnic conflict can be provoked, in which case the kindly Russia is always there to help.

That means that Russia will not conduct aggression without a cloak of virtuosity. A political wolf would think it's a bad idea to toss of the white sheepskin that misleads the gullible so well. On the other hand, it drives the wolf mad that the Baltic states and Poland are immune to Putin’s propaganda, unlike those in the West who are easy to deceive because they want to be deceived.

Here I have a proviso to make. Despite the fact that Poland and the Baltic states are the most consistent critics of Putin’s regime, the Kremlin still singles out the most fierce among them, Poland and Lithuania. Lithuania and Poland deserve this “honour” not only because of their anti-Putin rhetoric and policies, but also because these two countries are the progenies of the spirit and traditions of the Polish-Lithuanian Commonwealth.

What is this spirit which has nothing to do with shamanism as some critics would like to say? It has to do with the fact that, over the centuries, Russian dukedoms were dominated by Poland and the Grand Duchy of Lithuania until the massive Russian Empire tipped the balance, forcing the Polish-Lithuanian Commonwealth to shrink and eventually be partitioned and enslaved. And the collapse of the Commonwealth was due not least due to in-fighting among aristocracy that undermined the power of the state.

Despite the lost statehood, the Poles and the Lithuanians never tolerated their oppression. That is evidenced by repeated uprisings that flared up again and again with each new generation. History changes the destiny of nations but nations change history too. Due to their spiritual mainstay, Poland and Lithuania were at the forefronts that hastened the collapse of the red empire and now they stand up to Putin’s regime.

For the above-mentioned reasons, Lithuania and Poland are, in the eyes of the Kremlin, Russia's enemy number three. Who then is Russia’s enemy number two? Right now, it’s the United Kingdom, vehemently opposing the heir of the evil empire in the spirit of Winston Churchill and Margaret Thatcher. Though in fact, the line-up depends on the sources and the time-frame you choose - only recently, Russia's number-two enemy was Ukraine.

Did radical statements by President Dalia Grybauskaitė - hardly examples of sophisticated diplomacy - help put Lithuania, deservedly or not, on Russia's enemy list? Help they did, but other factors were in play here. It seems that the Russian establishment cannot forget the long centuries of fierce wars between the Polish-Lithuanian Commonwealth and Russia which have now moved over to the ideological level. War is war.

All the same, even in war there are lines that can't be crossed, like, for example, a military attack. I'd rephrase the Latin saying quod licet jovi, non licet bovi, as follows - what's permissible to an ox is not permissible to Jupiter. In this instance, the ox is the journalist whose job is to call things by their real names, and Jupiter is the state leader. Jupiter should not call Russia a terrorist state, because such statements can alienate even the most vehement opponents of Mr. Putin.

Karolis Jovaišas is a lawyer.

Vladislavas Švedas , one of the former Communist leaders in Lithuania and a defendant in the January...