(2)
MEP Antanas Guoga
aA
The election for US President is well underway and the races are so close that only a few percentage points could have an enormous effect on not only the Baltic States, but all of Europe. 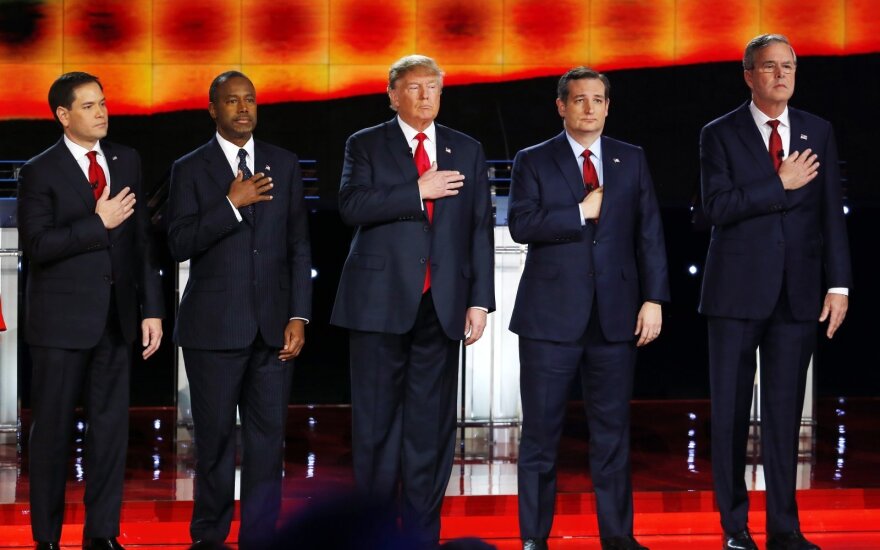 On the Democratic side, the political betting market gives Hillary Clinton a 75% percent chance to win and Vermont Senator Bernie Sanders a 25% chance. However, the Iowa caucuses were so close that they could not declare a winner until the following day.

For the Republicans, there is an extremely tight battle between Donald Trump, Texas Senator Ted Cruz, and Florida senator Marco Rubio. However, even though Cruz won the Iowa caucuses and Trump is leading in the polls in many of the other states, it is Rubio whom the betting market has established as favorite for the nomination. This is due to the fact that out of the many people who entered the race he has become the clear, moderate alternative to counter the more extreme Trump and Cruz.

Related articles
Trump, Clinton, Cruz, Sanders: Who would be the best US president for the Baltics?  (2)

I believe that the Baltics should hope dearly that the betting experts are correct, because this is a very important election with some potentially dangerous candidates. And while they may know less about Senator Rubio than they do about other candidates such as Trump or Clinton, he is clearly the best candidate for all of us.

In the Iowa Caucuses this past week, both races were incredibly tight, with Hillary Clinton and Ted Cruz eventually being named the victors. For the Democrats, Clinton defeated Sanders by such a narrow margin that it took until the next day to declare an official winner. Sanders is favored to win the next state in the race, New Hampshire, but Clinton leads in most of the following states, which is why the market gives her such a good chance at winning the overall nomination.

Meanwhile, 28% of the vote was enough to see Cruz win the Republican caucus, with Trump receiving 24% and Rubio receiving 23%. However, Rubio´s percentage was higher than any poll had projected, and established him as the clear moderate alternative to Trump and Cruz. This is likely why the market has placed him as favorite for the nomination, because the more moderate candidate, such as the Mitt Romneys, and John McCain usually ends up triumphing in the end. This is a tradition I hope continues in 2016. 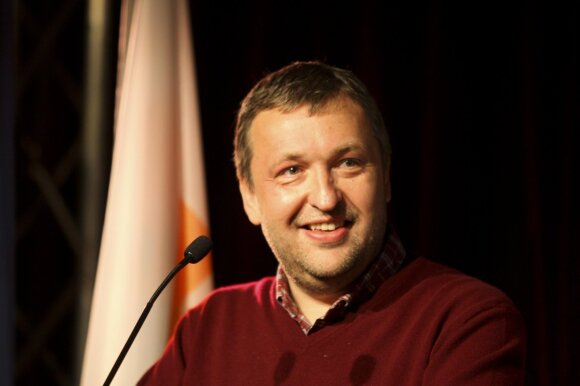 Senator Rubio has many values that should appeal to the people of the Baltic States. One of them is his support of free trade, most notably TTIP, which will be of a great benefit to both Europeans and Americans, and will open many new trade and international relations opportunities for both sides. Despite all of its advantages, however, Clinton, Trump, Sanders all have spoke out against this agreement, while Cruz recently changed his mind and is now opposed to it.

Of the realistic candidates currently still in the race, Rubio is the only one to keep an open mind regarding this agreement. In addition, he wrote in May that "It is more important than ever that Congress give the president [Barack Obama] trade promotion authority so that he can finalize [TPP] and the Trans-Atlantic Trade and Investment Partnership."

Furthermore, Senator Rubio has announced a multi-part plan to defend the Baltic region from any potential threats from Russia. This includes “boosting the capacity of our NATO allies by storing additional heavy weapons and vehicles in Central and Eastern Europe and permanently stationing U.S. troops in the region... and updating military planning to defend the Baltic."

While Cruz has also promised to arm Ukraine and come out in support of energy independence from Russia, and Clinton has visited Lithuania and our President Dalia Grybauskaitė multiple times and has given her support to Baltic security and energy independence, Senator Rubio is the only one who has made an official plan with specific policies in support of the Baltic States a part of their official presidential platform.

This shows that we are a people he considers a priority in foreign policy. Senator Rubio also has a very fair immigration policy that we can draw from in Europe. While it is still strict and calls for a strong borders, he does not call for mass deportations like Trump does, and also still plans to offer a path to citizenship for those who are undocumented.

Electing someone who is very extreme on either side could have dangerous ramifications for Europe. Whether it is Trump and his lax policies towards Russia on the right side, or the most disastrous potential candidate, left-wing "Democratic Socialist" Bernie Sanders (whom the betting men give only a 10% chance at winning the election) on the Democratic side, there are multiple scenarios that would have extremely negative effects on us. And though Cruz and Clinton would be fair alternatives, the best choice for Europe is Senator Marco Rubio.

Not only will he provide Americans with wise trade and immigration policies and leadership in global politics, but by combining comparatively moderate and fair policy stances with genuine concern for the Baltic region, he will help those of us in Europe as well. Unlike candidates such as Trump and Senator Sanders who are being passive in the face of danger, Senator Rubio will cooperate with European countries to prevent attacks from outside threats, and can help us thrive economically as well.

So while many polls do not show it yet, the people of not only the Baltic States, but all of Europe should hope that the betting men know something that the pollsters do not. The USA is an important partner for Europe and a strong global player so it will definitely will have a huge impact on every European country.

Antanas Guoga is a Lithuanian member of the European Parliament with the Alliance of Liberals and Democrats group. Before turning to politics, he was a professional poker player and headed the sports betting company TonyBet.