Opinion: Whatever happened to our enemies of 25 years ago

(2)
Ramūnas Bogdanas
aA
Can we speak about our former enemies and talk to them, or shall we keep the distance, ignore and insist that they are not worth our attention? I’ve concluded the following: if we are scared of something, we tend to pretend that it simply does not exist. If we are able to look into the eyes of the former enemy, it means that today we are ready to stand up to them again and defend our beliefs. 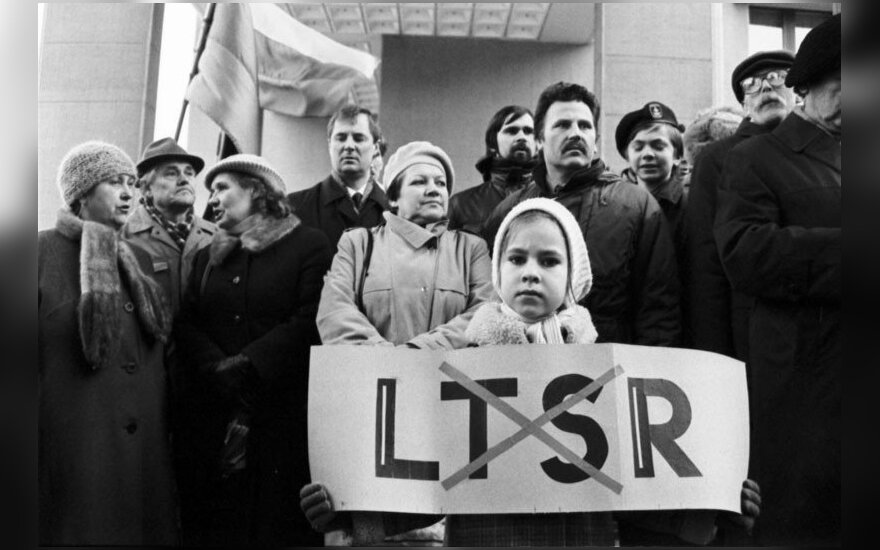 These reflections have been triggered by the 25th anniversary of the restoration of our Independence, which we are celebrating on 11 March. We still have the same mythic consciousness as our distant ancestry who believed in resurrection and rebirth of gods. Anniversaries carry the same meaning. They offer opportunities to reflect on the past, re-enact it and secure its continuity. By resurrecting each spring, Osiris would remind the Egyptians of the original event that started the change of seasons; by using ritual, the Egyptians would ensure the continuity of the cycle. Every year, Christians also re-experience the death and resurrection of Christ two millennia ago, thus reinforcing their faith.

Public holidays rest on the same mythic model: a historic event is repeated each year through holiday rituals to maintain the consequences of the event – the statehood. The point of the March 11 commemoration is to say in unison that the decision to restore the independent state made 25 years ago was right and that we want the consequences of this decision to continue, i.e., remain an independent state. If there were no citizens left to confirm this, there would be no state.

Back then, not everyone was happy with the determination of those who signed the Independence Act on 11 March 1990. There were enough cowards and conformists who observed the events from a safe distance and wondered about the outcomes. They deserve a separate discussion. But there were also unmistakable enemies who did not hide their wish to squash us.

One of them is Alexander Nevzorov, a famous TV journalist at the time from Saint Petersburg. During the perestroika, he was producing the most popular evening news program in the Soviet Union called 600 Seconds. Stories about corruption and privileges of the communist party leadership drew millions of spectators. The decision of the authorities to shut down the programme sparked massive protests and 600 Seconds survived.

My friends in Russia helped me to get hold of Nevzorov and he agreed to a telephone interview.

Nevzorov calls himself a Soviet citizen whose homeland perished in 1991 and he is proud that he did his utmost to defend it. “It doesn‘t matter which weapon you use to shoot – TV camera or sub-machine gun”, he told me. This prominent journalist is the author of the notorious phrase that, on 13 January 1991, "they were shooting at their own". When I pressed him, he refused to give his evaluation of this propaganda statement which has been refuted by investigation and thousands of witnesses. He simply suggested that I should stop scratching wounds of the past.

In fact, he was also the one who created the myth about female snipers in white stockings from the Baltic states who were fighting on the Chechen side against Russia. His horse riding coach played the role of such a sniper in Nevzorov's propaganda movie Purgatory. The myth of these snipers is so resilient that it has been revived recently in a different setting - now the snipers in white stockings are fighting against Russia on the Ukrainian side.

I was interested to understand how an enemy regards the past. And I learnt it. And I want to share it with you.

He wants to put himself in the same category as us, to enshroud that period in the cavalier atmosphere where both sides were worth each other: the last soldiers of the empire and the fighters for Lithuania's freedom. Nevzorov's world has no place for the purging power of penance. He envies our side the courage of the unarmed fighters and tries to create one more myth, one where former enemies respectfully call one another "my friend".

But the spilled blood knocks into my heart and I cannot agree to call "heroes" the enemy men who were armed to their teeth and fought against the unarmed spirit of freedom and who had the back-up of all bodies of troops in the Baltic military command. When the putsch of August 1991 in Moscow was defeated, Vilnius garrison troops covertly evacuated those alleged "fearless soldiers of the empire" to Belarus.

They could not even surrender honourably. On 21 August 1991, when in the Supreme Council we were happy about the victory against the putschists in Moscow, the sound of shooting came from the banks of the Neris river. These were the "heroes" glorified by Nevzorov, anger-stricken after defeat, who approached by car the defending wall of our Supreme Council (today the Parliament building), shot volunteer Artūras Sakalauskas and fled. Two men from the Supreme Council defence group fired after the receding car. One of the assailants should have been hit since he lost his sub-machine gun. The expertise later revealed that the same weapon had been used during the massacre at the boarder control post in Medininkai a month earlier.

When faced with armed men, as was the case on the Latvian–Estonian border, none of those "valiant heroes" were persuaded to attack the Estonian post by Nevzorov's expostulations that he needed footage of war. They acted manifestly differently when facing the unarmed and the non-resistant.

Those who participated in the squads, accompanied by Nevzorov, attacking Lithuania's first customs posts testify: "We did not beat them on their faces, we had orders not to leave any trace. We were beating into the chest, kidneys... We forced the customs officers to crawl on asphalt and sing the Soviet Union anthem at the same time, we compelled them to drink stolen Vodka and eat buttons from their uniforms." The buttons bore the Lithuanian coat of arms, the Vytis.

The rampage finally brought them to the massacre in Medininkai border post, a crime without statute of limitations. And there will be no place for those people neither on the bench of the fighters for freedom, nor anywhere near. For us they will stay where they were before: on the other side and stuck in the absurd world of their past. And we will look into the future, never allowing to distort what happened.