Opinion: What terrorists and Putin have in store for us

Monika Garbačiauskaitė-Budrienė
Parašyti
autoriui
aA
For days now many in the global and Lithuanian media have locked horns over the terrorist acts in Paris. There are some who say that freedom to express one's convictions is above any religious or social group interests; others contend that cartoons published by the likes of Charlie Hebdo made merciless mockery of believers' feelings, that they cannot be subsumed under the "social group" category and have nothing to do with freedom of expression. 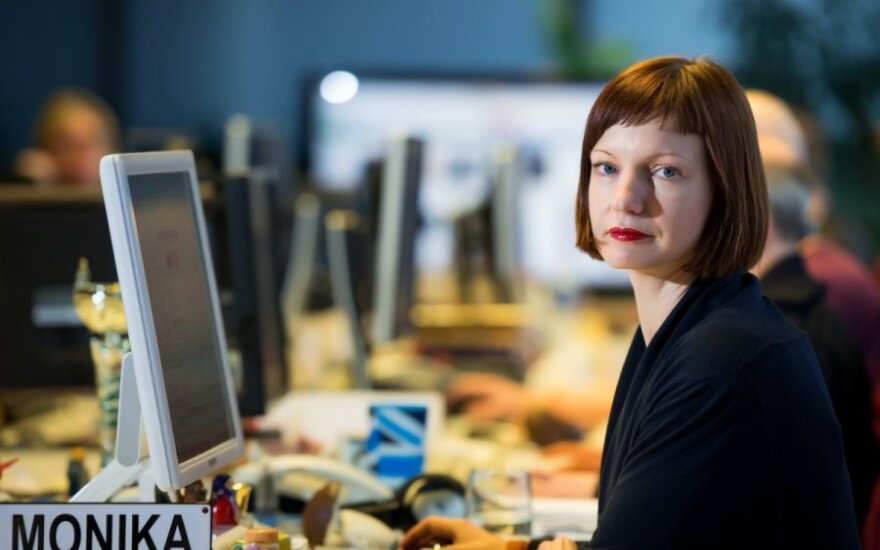 I myself support the former camp - I find repulsive any hongweibing-style attempts to crush expression. It is very important, however, to prevent this debate from being reduced to the freedom of speech vs. respect for the religious issue - clearly, the events of recent weeks conceal much deeper and broader issues, while ideas, disinformation, kindness and anger spread at the speed of light in today's interconnected world.

Western Europe and the United States get challenged by various political actors and formations - the year 2014 saw these challenges take extreme forms, starting with Vladimir Putin's rampage in Ukraine and ending with the rise of ISIS. Obviously, the West, consistently faithful to its humanitarian values, lacks the will or efficiency in its fight against this evil.

These two elements - terrorism and Russia - are related and have, or will have, a direct bearing on life in Lithuania, much more than we would like. Last year, we clearly felt the threat from the increasingly impudent Kremlin, economic consequences of actions - nor does the year 2015 promise any relief.

"For some reason, Russia, unlike Western states, enjoys immunity from international inquiries into terrorism links or even public discussions on the issue in the West. Although it is Russia that is vulnerable to the most sustained and consistent suspicions and accusations of mysterious links to terrorists. After all, no other state (bearing in mind the evident experience of the USSR that Russia is likely to have taken over) could be suspected of including terrorism into its armoury or global strategies with such consistency," according to Marius Laurinavičius.

European analysts have noted that the killings in Paris are a strategic attack, aimed at dividing the French and European societies. Is this not also the goal of Putin? And is it not true that these terrorist acts will provide Moscow with a convenient opportunity to once again extend a helping hand to the West in the latter's fight with terror, even though Russia is the one covertly abetting terrorists? Is this not a rather inspired guise for evil? Is this not a great chance for Russia to wheedle European leaders and have its proxies in EU institutions suggest easing sanctions, thus sealing Crimea's annexations and forcing Western powers to close their eyes to Russia's support for east Ukraine separatists, instigation of war that kills thousands? All the more so since Putin has been so far quite successful in dividing Europe: he has already invested much into radical right-wingers in Eastern Europe as well as France.

A case in point: France's right-wing radical Marine Le Pen gave an interview last December where she called Crimea's annexation legitimate and expressed admiration for Vladimir Putin as he was sending tanks to Ukraine. Now both Le Pens are scandalizing France with their straightforward attempts to exploit the tragedy for political campaign and antagonizing the society.

While the United States is celebrating its investigation into CIA prisons - which made it stronger as a democracy and a state - Putin and ISIS terrorists are using whatever means available. For their ends, they unscrupulously exploit any strengths and weaknesses of Western democracy, scientific inventions, technology. The terrorists are rallying in groups on Western social networks, they post their videos of decapitation on YouTube, use Mosques in Western metropolises as platforms to spread hatred and recruit new members.

Having crushed all independent media in Russia, the Kremlin is now successfully using the very freedom of speech championed in the West: it is spreading disinformation and propaganda on a massive scale and in many languages through its puppet TV channels, while Western countries, including Lithuania, merely tiptoe around, unable to effectively stop it. Online discussions in the West are infested with pro-Kremlin trolls copy-pasting their rotten truths day and night.

We got tangible proof of the effectiveness of Russian propaganda just last week: a representative survey of the Lithuanian population by Vilmorus has showed that those who get their news from Lithuanian media tend to support Ukraine and put blame on Moscow, while those relying on Russian media channels support Russia and blame everything on the Ukrainians and Western countries (surprising that our state institutions had not commissioned such a survey much earlier - they have been talking about fighting propaganda, but it amounts to nothing but profane imitation if they have no clue about the actual situation in the country).

Lithuanian institutions show little enthusiasm to look into and stop Russian propaganda products that are flooding Lithuania, tossing the issue around like a hot potato.

Therefore Lithuania is much closer to dreadful events in Paris than we might think. It would be naive to hope that nothing of the kind could happen in Lithuania, as we only have a handful of Muslims. There are no radicalised communities in Lithuania, but as long as Russia remains what it is now, we and our ethnic communities will always be at least targets of provocation. And we should not rule out a possibility of terrorist acts - especially if there comes more information about a CIA prison in Lithuania and its inmates.

"The world and France will never be the same," observers repeat with pathos after terrorists gunned down 17 people. Meanwhile Vladimiras Laučius wrote on DELFI: "The massacre in Paris was not only an attack on freedom of speech, as the common interpretation goes. This was a humiliation of Western Europe."

The Kremlin is also consistently humiliating Europe which keeps refusing to notice it, fails to draw lessons from two world wars and believes that conflicts in the east are too distant. In today's world, however, the limits of "one's own backyard" are far removed, stretched even more by common and fast information space, so handy to the malevolent who are unscrupulous about their methods, who are mobilizing legions of evil and giving a skewed image of reality.

Some Ukrainians also tried to pretend they were not interested in politics, but... one morning they found barricades in their street. Therefore it is worth bearing in mind - Paris is close, let's put all effort into preventing events there from repeating, in one form or another, in Lithuania.

Monika Garbačiauskaitė-Budrienė is editor-in-chief of DELFI.

Putin’s Russia. Do traces of KGB, FSB and GRU lead to Islamic State? (2)

Again, this article will not be related to the structure, clans, their interrelations, and KGB basis...

Putin’s Russia. Roots of today’s regime date back to KGB under Andropov (3)

In the articles of Putin's Russia series I have repeatedly written about Yevgeny Primakov’s clan....

Kremlinologist Lilia Shevtsova: Putin is a mediocre leader pushing his country to collapse

Lilia Shevtsova, a Russia expert at the Brookings Institution, says that Vladimir Putin is a far...