Opinion: What Lithuanians do and don’t know about Russia and Ukraine

(2)
Marius Laurinavičius
aA
The criticism levied at the Lithuanian media by EU Ambassador to Moscow Mr. Vygaudas Ušackas, who said that reporting on Russia in Lithuania is rather one-sided, caused a considerable response. 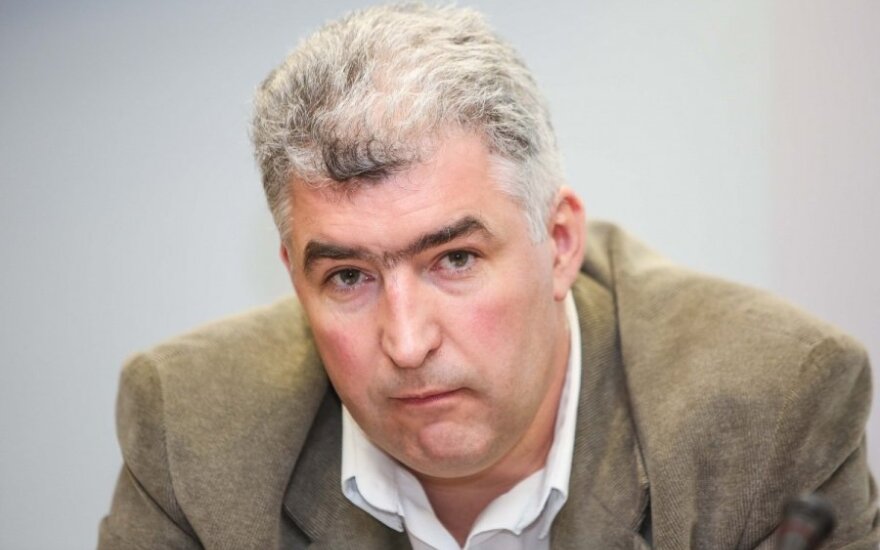 Conservative Mantas Adomėnas, who had lost battles in his party for the Vilnius city mayor nomination, probably decided to win back some of his points by attacking Ušackas with Nazi Germany comparisons and rhetorical questions about how such words of a European representative to Russia would have sounded in 1939 if they had been said about Germany.

I would like to set record straight by saying that, on one point, I even agree more with Adomėnas and not Ušackas, provided that his words were quoted and interpreted correctly. Because the statement “we cannot blame Moscow alone for the conflict in Ukraine”, if such a statement was indeed made and was not taken out of context, sounds really strange.

I honestly think that I know fairly much both about Russia and Ukraine (looking closer at the matter is exactly the point Ušackas tried to make), simply because it’s my job to know it. For example, I believe that rejoicing for the recent election results is far too premature and it can very easily turn into disappointment. This, most probably, would fit into the logic of Ušackas' observations.

Based on available information, I am ready to consider, for example, the role of Ukrainian oligarch Rinat Akhmetov in the beginning of unrest in Donbass. I may discuss also many other issues which really show that not everything is just black and white.

However, one thing, to my mind, is absolutely indisputable – without Russia’s role there would be no war in Donbass. Much as there would have been no Crimea annexation and even no pseudo-referendum there. And it doesn’t matter what battles are going on among Russian political elites, who in Moscow is responsible for what, and what mistakes Ukraine might have made.

Therefore it is difficult for me to understand Ušackas’ assertion that “we cannot blame Moscow alone for the conflict in Ukraine” – Russia alone has started this war and Russia alone has to be blamed for it.

But this is not the point I want to make. I also have no intentions of getting involved into internal battles of the conservative party, where Mr. Adomėnas' criticism of Mr. Ušackas was soon countered by party leader Andrius Kubilius. Although Mr. Adomėnas' take on Russia might seem quite primitive and, to my mind, more harmful than helpful to Lithuania's goals, I do not wish to analyse internal disagreements among the conservatives on this topic or take one or another side.

Still, I believe it is worth looking deeper into the core of the problem. It can be phrased in rather drastic terms, much as Mr. Ušackas did it. Last Tuesday, when I was writing these lines in Odesa, I tried to look into the coverage of one really important phenomenon in Russia, the “Russian marches”. I followed how it was covered both in Russia and the Lithuanian online media. 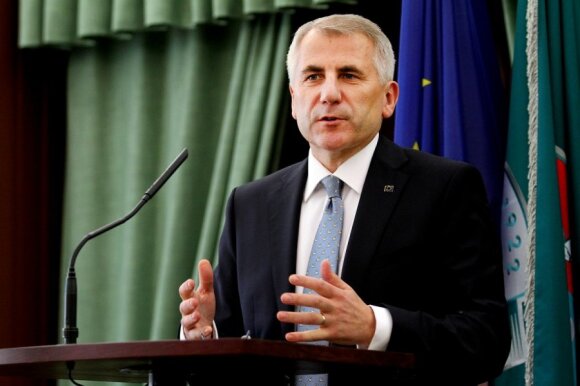 And I have to admit that, when it comes to Ušackas’ statements about the Lithuanian media, the EU Ambassador to Russia - who actually constantly sees the real situation first-hand - is 100-percent right. I don’t know if we can state that the Lithuanian coverage was negative, but it is certainly to be called one-sided. Not only does it not reflect actual processes taking place in Russia, but it also significantly distorts them.

Let me give you a summary. Two out of three main Lithuanian online newspapers focused on the angle that the Kremlin seemed not to be supporting the nationalists behind the march. They noted that the march was not even admitted to central Moscow and that Muscovites of non-Russian ethnicities were advised to stay away from public places. In a nutshell, one could get the impression that a group of nationalists appeared in Russia that even the Kremlin was afraid of. The third news portal decided to focus on the fact that the Russian nationalists chanted pro-Ukrainian slogans during the march.

This might be a simplification, but if one were to rely only on the information in the three main Lithuanian news portals about this really important phenomenon for Russia (and at the same time also important for us, since we are now facing a growing threat from Moscow), one would understand nothing or might think that there are nationalists in Russia that scare the Kremlin and support Ukraine. If such were the case, one might only hope that the Kremlin’s fears will come true and these nationalists will overthrow Putin’s regime, making entire Europe sigh with relief as peace and calm will prevail.

Let me repeat that I am simplifying to make my point, but if such a grotesque simplification is even possible in the Lithuanian media's coverage of these important events in Russia, should we really criticize Mr. Ušackas reproaches? This is merely one example, but it is far from exceptional.

When covering the “Russian march”, one should at least mention that, in Moscow, there were three different massive events organized by radical nationalistic but completely distinct forces. It would be worth explaining the differences between the non-systemic brand of nationalists - how numerous and dangerous they are, their attitudes - and the "systemic" forces. Also, why some groups of the "systemic" brand of nationalism are now in the Kremlin’s disfavour and what their positions and influences are, which powers back them. 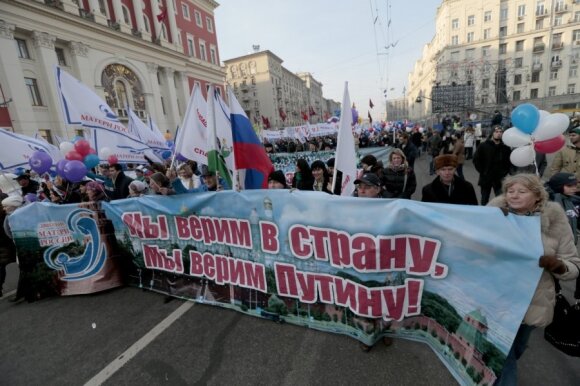 And this is only one example. There are many other facts that are worth knowing, provided there is an interest to at least try to understand why Russia is behaving one way or another, which is exactly what Ušackas is proposing. Unfortunately, understanding and even basic factual knowledge of contemporary Russia is getting increasingly wanting in Lithuania. And in this respect, I fully agree with Mr. Ušackas who highlights that we need this knowledge and understanding not in order to justify Russia.

I would like to disagree with another aspect of the issue – in Lithuania, the problem does not pertain to the media alone. Unfortunately, I find genuine expertise on Russia and Ukraine really lacking, something also mentioned by Mr. Ušackas. Lithuanian politicians, executives and diplomats are also not always well-informed. And even Lithuanian businesspeople who do business in Russia often see this country through a very narrow angle of their direct contacts.

Sometimes I get the impression that no one in Lithuania actually needs this expertise. Otherwise, how would one explain the fact that our country does not have a single properly funded think-tank, which would conduct coherent studies in this area. Yet we are still trying to pass as experts in everything Russian, at least that is how we present ourselves in the West.

Such situation, to my mind, is Lithuania’s main and very dangerous problem. Especially now, when the threat from Russia is continuously growing. After all, one must agree that it is difficult to prepare to deal with threats and, more so, to make any predictions when information about the source of threats is very limited.

On the other hand, I can partially defend the media in this respect. There is DELFI which is now publishing this piece of mine; it has initiated a few projects which really help to deepen our understanding of both Russia and Ukraine (Putin's Russia). Regular interviews and comments of Russian and Western analysts published in portal adds to it, too. I can say the same about the IQ magazine and a few other media outlets (though not all and even not the majority).

At the same time, however, the biggest problem is the "daily" information - which, I believe, Mr Ušackas had in mind - and analysis presented by ”dailies” which I find really wanting.

But again, is the problem of proper understanding and analysis really pertains only to the media? For example, the Ministry of Foreign Affairs, which has to respond to the Crimea annexation, Russian aggression in Donbass, implement policies related to Russia and Ukraine, which also means carrying out thorough analysis of the situation, has to rely on the same human and financial resources as before the crisis. The natural question arises whether in Lithuania there is common understanding that we need to do more in this area. And that it is essentially a question of our national security.

Minister of Foreign Affairs Linas Linkevičius opposes the opinion expressed by Head of the EU...

EU ambassador to Moscow: Lithuanian media reports on Russia are too biased