Opinion: What Kremlin gained and lost in Ukraine

(5)
Laurynas Kaščiūnas
aA
As Russia's intervention in Ukraine seems to be entering a lower-intensity stage and reports are coming in about ceasefire agreements, both international and Lithuanian media are indulging in discussions on who are the winners and the losers of the conflict. 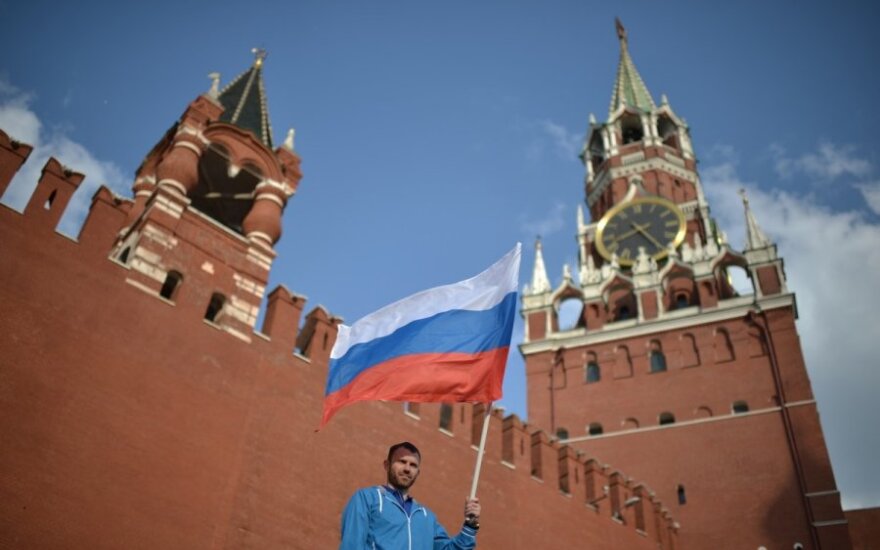 The Lithuanian weekly Veidas ran an op-ed piece by Audrius Bačiulis, who claims that events in Ukraine could be summed up thus: "The main goal of the game played by Europe and America in Ukraine was to provide [Russian President] Vladimir Putin with a retreat option, to allow him to save face and tell his own people about 'Russia's victory', without hitting him too much and thus prompting the disintegration of the Russian Federation."

An option for Putin to retreat? At the expense of Ukraine's European integration? Everyone at least mildly familiar with the positions of NATO member states is all too aware that, as long as Ukraine has no control over its borders and Donbass remains a site of one more frozen conflict, the Germans and the French will always have an argument against NATO importing Ukraine's security problems. If Ukraine joined NATO, the French and the Germans maintain, Kiev would instantly demand help in resisting Russia's direct or indirect intervention.

So what we have today is Russia having achieved its decade-long ambition - an informal veto right in NATO's further expansion in Eastern Europe. Therefore Europe is not granting a retreat option for Russia - rather, it is capitulating and accepting the rules of the game imposed by the Kremlin.

In his piece, Bačiulis also claims that "Ukraine's integration into Europe is well under-way and neither Russia's aggression nor failure to completely liberate Donbass could stop it". I wish I could be so optimistic, but none of EU leaders or the most knowledgeable political observers - including Bačiulis himself - can give a satisfactory answer to a simple question: what is the final destination in Ukraine's journey towards the EU?

Membership? If so, why no one so much as mentions it now? Why no one has yet outlined the conditions under which Kiev could hope for the status of EU candidate? Where is that roadmap of EU-Ukraine rapprochement? Unfortunately, membership prospects are not on the table today. Why?

One reason is that the "repentant" version of events is very popular with Western European countries - the explanation that it was none other than the Eastern Partnership policy itself that provoked Russia's aggression against Ukraine. Even though the Eastern Partnership did not speak of membership, merely of the EU's greater engagement with Ukraine, Moldova and Georgia, there are people who claim that the programme was an attempt by Western Europe to impose its own values on the "Byzantine" Europe - where Russia is a natural leader - in inexcusable disregard of the fact that Moscow has exclusive patronage rights over the Ukrainians, Moldovans and Georgians.

Against the background of such arguments, it would be more accurate to speak not of Ukraine's European integration but of ways to salvage at least the remains of the Eastern Partnership policy. Does it look like it is the West that is setting the rules? Obviously, Putin finds it quite easy to accept such "retreat scenario", since he is the one laying down the terms. 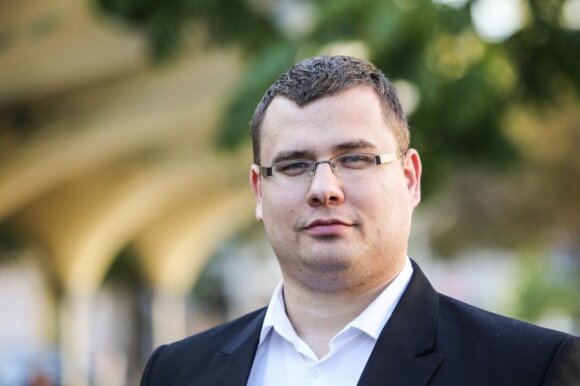 Even though Ukraine signed the Association Agreements and, seemingly, took a step closer to Europe, the EU immediately decided to postpone by 14 months parts of the free trade agreement. The move gives one an ambivalent impression. On the one hand, the EU market is unilaterally open for Ukrainian imports, which will allow Kiev to decrease its dependence on Russia's markets. Moreover, Ukrainian businesses have thus been granted a longer transitional period to prepare for more competition when it will have to compete with EU production even in the domestic market. On the other hand, the postponement sends a message to Moscow that its pressure is working and that the Eastern Partnership is no longer a bilateral issue between the EU and Ukraine - that the Kremlin can have a say.

What's worse, however, is that this puts a brake on reforms in Ukraine that were to be launched as part of the implementation process. That means that Ukraine's oligarchy is not going away, since local oligarchs get - at least for 14 months - what they were always after: access to EU markets without accepting European rules. And it is exactly this kind of clientelism and business-politics amalgam that keeps Ukraine tied to the Russian-dominated post-Soviet world, allowing Moscow to maintain its grip.

Bačiulis argues that the West needs Russia to counterbalance China and that if Russia turned into a "failed state", it would not be to anyone's benefit. But do Western powers indeed fear that Russia might disintegrate? Is it even realistic? It is not a secret that, at the end of the Cold War, everyone, including US President George Bush, France's Francois Mitterand and German Chancellor Helmut Kohl, invested much into Mikhail Gorbachev as a likely reformer of the USSR. What they wanted was not the collapse of the USSR, but its transformation into a democracy.

But it would be short-sighted to compare the situation back then with America's current policy on Russia. Gorbachev, who wanted more power in order to take on the old Soviet nomenclature, started liberal reforms and was supported by the West in this quest, while Putin is moving in the opposite direction - towards political authoritarianism and economic autarky. Putin's regime has cut off Western businesses from strategic sectors in Russia (there are strict restrictions on foreign capital in Russia), built a closed political system almost isolated from external factors and forged ties of loyalty with local elites of troublesome regions (like Kadyrov in Chechnya). A decentralized Russia would allow the West to get some leverage back and weaken Putin's axis of power. Which is obviously in the interests of the West.

Historic comparisons often help gain insight into ongoing processes, but should be treated with caution and sense. If one is inclined to draw historic parallels, Obama's current policy regarding Russia bears less similarity to Napoleon or the Swedish times, as Bačiulis suggests, but with Richard Nixon's - or rather his foreign strategist Henry Kissinger's - detente.

The 1969 Nixon's doctrine marked a shift in US policy from total containment of the USSR to something milder. On the one hand, the doctrine reassured US allies that Washington would stick to its commitments and provide a defence shield in case of a nuclear threat to the allies or countries that were crucial to US national security. But in other cases of Soviet aggression, the US would wait for the victim to take responsibility for its own defence and deploy appropriate conventional forces. In other words, Kissinger very clearly defined the geopolitical zones that the US would defend at any cost (NATO and strategic partners like Japan) and others where it would use "softer" methods.

Obama gave a very similar description of US defence priorities in his West Point speech this year. According to him, the US guarantees defence of NATO member states, while countries not covered by Article Five will receive Washington's political and economic assistance in case of military aggression against them.

This speech provided guidelines for the NATO Summit in Wales. The alliance decided to boost its military presence in the Baltic Sea region, but put Georgia's membership aspirations on hold. The summit also drew clear dividing lines in the European defence system; the Baltics got into a higher security league than Ukraine or Georgia. Interestingly, when in 2008 Obama announced his "reset" in relations with Russia, it was the Nixon Center experts that backed the policy.

What should the EU do in order to make Ukraine's integration move forward? First, it should officially announce that the path of Ukraine, Moldova and Georgia towards EU membership could follow the Cyprus scenario. Such a statement would check Moscow's ambitions to exploit frozen conflicts (when countries do not have de facto control on parts of their territories) and use them to stall Georgia's, Modlova's and now Ukraine's EU integration.

Moreover, the West have one more trump card up its sleeve. Russia's biggest asset - centralized energy sector - must become its greatest liability. Admittedly, the West must do its homework to make that happen: reduce its dependence on Russian gas (US liquefied natural gas exports to Europe could do the trick), set up strategic gas storage facilities for emergencies, and set up an institution to negotiate with Russia's gas behemoth Gazprom on behalf of the entire EU. Russia's gas sector, which is the lifeline for the country's elites, is dependent on EU markets; however, this dependence has yet to be translated into a leverage for the EU.

But these tasks are for the future. What has the Kremlin already lost and will never regain? In the face of Moscow's aggression, a modern and pro-European Ukrainian nation was born. The Russian factor made a very tangible influence on the Ukrainian nationalism which was transformed into a pro-Western and pro-European movement. As Georgia's former president Saakashvili pointedly noted, Putin must have thought that there were only 5 to 7 million true Ukrainians, concentrated around Lviv and Ivano-Frankivsk (the area covered by the Ukrainian resistance army in 1943-1953), while Russian-speaking Ukrainians were politically loyal to Russia. Such illusions collapsed, as did the entire "Russian world" fantasy.

Unfortunately, illusions in the West - that appeasement policy works with Russia - will linger on.

After Russian Minister of Foreign Affairs Sergey Lavrov made allegations that Polish and Lithuanian...

Germany is not disinclined to slap more European Union sanctions on Moscow if pro-Russian...

Starting from the beginning of 2014, both the EU and Ukraine have been facing many common challenges...