Opinion: What is Putin going to do next?

(1)
Vytautas Dumbliauskas
aA
How should we evaluate the current phase of Russia’s war against Ukraine? Is Vladimir Putin content with the results of his invasion and is going to stop? Unfortunately, there are too many arguments that suggest it is just a short silence before the next storm. 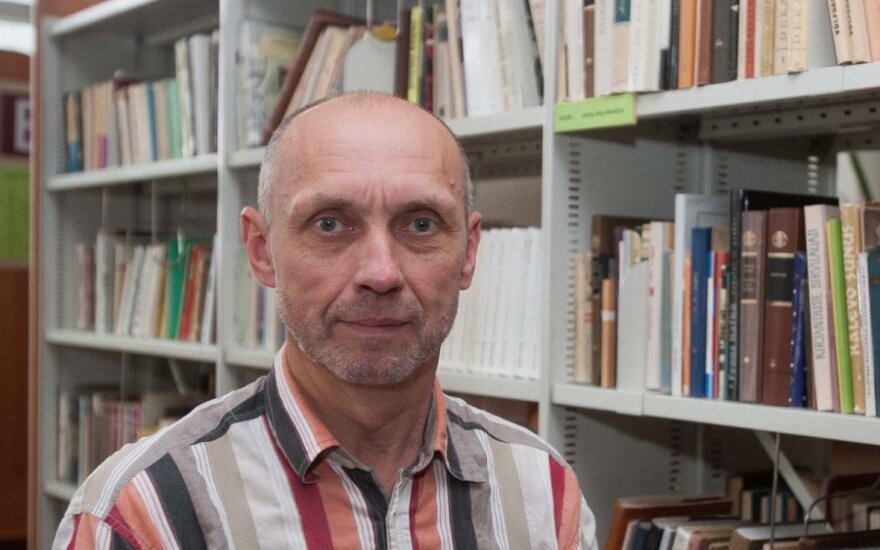 Some changes have been observed in the story of Russia's aggression against Ukraine. A truce was called, although over a hundred soldiers and civilians were killed afterwards. Putin ordered part of the Russian troops to leave Rostov region and return to permanent bases, but NATO intelligence says that they do not notice any movement of troops away from the border of Ukraine.

Let's start with the question, what is the aim of Putin and his closest people? I agree with those who think that the main aim of these people is to stay in power, because they themselves have created a situation where the loss of power would also mean physical death. Probably this is a curse of Russia that it cannot create a mechanism for a peaceful transfer of power. Mikhail Gorbachev and Boris Yeltsin retired from government in peace, but now it is clear that Putin's regime will not retire peacefully.

Related articles
The case of Yevtushenkov: One more look at Russia through the prism of clan battles
Lithuanian 'Soviet' sausages cause stir in Russia

It should be remembered that in spring 2013, a year after the election of President Putin for the third term, his ratings stood at about 30 percent. During the entire year 2013, Russia's economy was slowing down, even though oil prices were around USD 110 dollars per barrel.

Events in Ukraine, on the one hand, could have seriously scared the masters of the Kremlin, but on the other hand, they have helped to divert Russian’s attention from the country’s domestic problems. The Ukrainian "fascism" and the fight against it have taken precedence over other issues. The Kremlin’s political technologists felt that Russians were longing for times when their country, they thought, was great state, the Soviet Union, and Putin's ratings remain high as long as ordinary people feel like they live in a great country which is able to teach America a lesson.

Intellectuals of the older Russian generation wonder at how the Kremlin's propaganda was able to evoke such a strong anti-American sentiment (even among the young), when at that time America was an example for the Soviet people, the land of dreams and source of jeans and music records.

It is almost a truism that in order to appease popular dissatisfaction, governments must produce a small and victorious war. Russia's war against Ukraine is small, but there is no unequivocal opinion about how victorious it turned out.

It is hard to disagree with the fact that Putin's regime achieved what it needed. Russia has become the third country in the relations between the European Union and Ukraine, and without Russia’s consent Ukraine’s further rapprochement with Europe is, at least for now, impossible.

However, achieving this halt in Ukraine’s Euro-integration cost Russia dearly, although the toll is not yet known, it will become clear only over time. However, it is already evident that Western sanctions hit the Russian economy which is mainly powered with exports of oil, gas and military equipment. Coincidentally or not, but these sanctions coincided with a drop in oil prices in the global market.

During one state event, Putin said that it was impossible to watch the tragedy taking place before his eyes without tears. The tragedy in question is the alienation between Ukraine and Russia and, according to him, all necessary measures should be taken to overcome it. I wonder whether this is a signal that Ukraine is no longer important for the Kremlin rulers, because, on the one hand, they have reached their goal of stopping Ukraine’s move towards Europe and, on the other hand, it is difficult to maintain interest of the Russian people in this struggle against Ukrainian "fascism." However, the need to divert attention of the population from rapidly deteriorating economy still remains; a small but victorious war is still in demand.

Who can guarantee that the rulers of the Kremlin will not pick this desperately-needed small war in one of the Baltic states? Are we ready for our relatively peaceful and satisfying life to collapse one day?

The case of Yevtushenkov: One more look at Russia through the prism of clan battles

In the last essay of the series “Putin’s Russia” , I discussed the long efforts of Yevgeny...

Lithuanian food producer Samsonas has decided to discontinue using the "Soviet" brand on a line of its...

The Lithuanian Prosecutor General 's Office has opened an investigation into suspected assistance to...

Opinion: What Kremlin gained and lost in Ukraine (5)

As Russia 's intervention in Ukraine seems to be entering a lower-intensity stage and reports are...