(2)
Romas Sadauskas-Kvietkevičius,
DELFI EN
aA
While Ukraine is spreading joyful news about liberating settlements during new anti-terrorist operations, the Russian plan to turn this country divided into mutually confronting parts into the territory of chaos is collapsing. 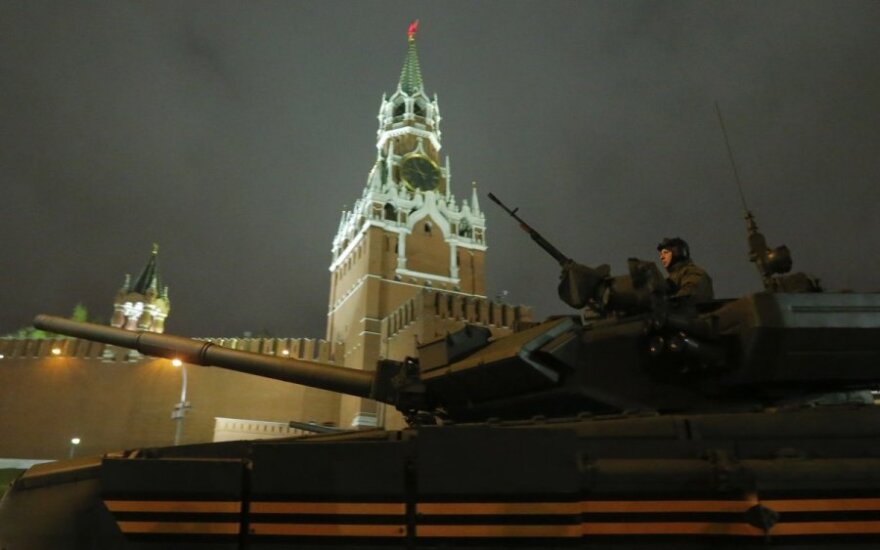 The failed state of Somalia type in the middle of Europe would become a great deterrent to the European Union not to urge the countries Russia considers its sphere of influence to bind them with Eastern partnerships and associate membership agreements. The birth of the Eastern Slavic state based on European democracy and human rights is the greatest threat to Vladimir Putin's plan to re-create the "Russian world" of the former Soviet Union space.

The largest twentieth-century geopolitical catastrophe was not the separation of the occupied Baltic countries and former Soviet republics from Russia. And even more, not Boris Yeltsin’s era of economic reforms, still being blamed by the workers of bankrupt industrial giants that failed to adapt to the market economy. The most painful thing was to say goodbye to the Soviet greatness and exclusiveness.

During World War II and the postwar years, tens of millions of Russians starved, felt cold and suffered from repressions, but the propaganda of that time was able to give the meaning to those sufferings. It is enough to look at the faces of people of Stalin-era on photos and films. They smiled and showed their joy as if they were followers of a new American Protestant church just discovered Jesus.

In 1991-1992, after the collapse of the socialist economy, the deprivation was significantly less, but even the faces of new Russians who managed to become the owners of factories and banks within one night were not happy. We, the residents of the Baltic States, survived that period by means of idea of recreation of national states, and then we all together went to the European Union and NATO. We felt like a wife escaped from a violent alcoholic jealous spouse, who discovered a new world where everyone recognized her to be an equal human being and did not try to impose a sense of guilt. 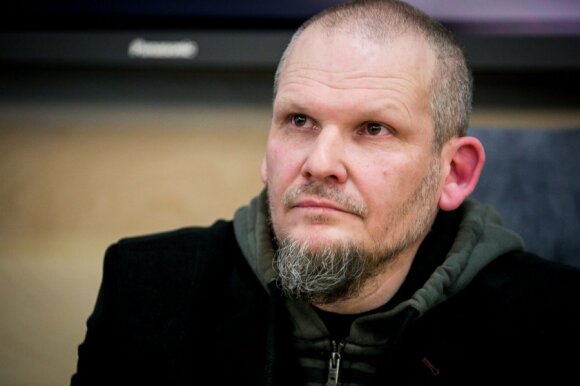 Russian elite feels not so bad slamming oil dollars in Europe, sending their children to the best universities in the West and buying up football clubs and medieval castles. But it was necessary to give something to the Russian people longing openly for Soviet-era social guarantees and certainty for tomorrow and for a sense of historical mission performers. It was possible to patiently build a European welfare state, but it is an integral part of democracy and human rights. Even the Chinese model, combining the state regulated free market with one-party control far more than the West, could not be copied literally due to difference of Russian and Chinese mentality.

Vladimir Putin's regime offered to the Russians what they have always wanted - a sense of grandeur that is, however, completely inadequate to the country's economic, military and political power. The words of the U.S. President Barack Obama pronounced in March that Russia was not a global but only a regional power offended Putin more than the Ukrainian song gaining popularity in the whole world with chorus solely "La, la, la, la ..."

The Putin's regime put the citizens the exclusive mission of the Russian nation and vision of the "Russian world" in place of freedom and well-being, is not even a bit afraid of the West. He knows that NATO will not attack Russia, but it continues playing ideological games of the Cold War since this vision needs an enemy.

Muscovite political scientists Andrei Piontkovsky notes that even in the end of the twentieth century the stage manager Alexei Balabanov gave Russia a myth of an ideal national hero and national idea: the murderer Danilo with his triumph... "Game over, America!" In his opinion, the naked prostitute in "Brother 2" is trustful Holy Russia that was defiled by an unassimilated foreigner. The killer Danilo not asking himself stupid questions is also Saint George chopping with the axe the old woman, moneylender America, together, prophetically, a Jew Banderist who attempted the glorious Sevastopol.

And now let's imagine how this system of heroic myths and archaic phobias would destroy Ukraine that restored its territorial integrity, entered the European Union and NATO and became something like Poland or the Czech Republic. Even if Crimea stayed occupied by Russia.

In the mind of Russians, Ukrainians are still not an independent nation, but they are only a second-rate Russian dialect region. As if the Sarmatians were separated from Lithuania a decade ago, adopted euro earlier than us and double-curved us in terms of GDP per capita. European success story of Ukraine would clearly show to the Russians what eastern Slavs with their supposedly special genetic code can create, if they chose Western way of development, instead of their exceptional mission.

Kiev, welcoming Russian dissidents, artists, deemed decadent by Moscow, and businesses that can no longer stand the corrupt regime, will make it into something like West Berlin during the Cold War.

Russia’s actions in Ukraine: Parallels with other “hot spots” of the former Soviet Union

The conflict in eastern Ukraine has clear parallels with other “hot spots” in the former Soviet...

Former Riga OMON operative Vladimir Antyufeev, who is wanted in Latvia and who was previously the...

Four injured Ukrainian soldiers to be treated in Lithuania

Four Ukrainian soldiers are set to come to Lithuania for rehabilitation after being injured in eastern...