Opinion: To give in without a struggle?

Monika Garbačiauskaitė-Budrienė
Parašyti
autoriui
aA
Political scientist Kęstutis Girnius waves away the phantom of the information war and tries to convince us that "Russian misinformation does not have a major impact”. He argues that Lithuanian participation in an information war would be futile, calling instead for cleaner objectivity in Lithuanian media coverage of Russia’s aggressions against Georgia and Ukraine. 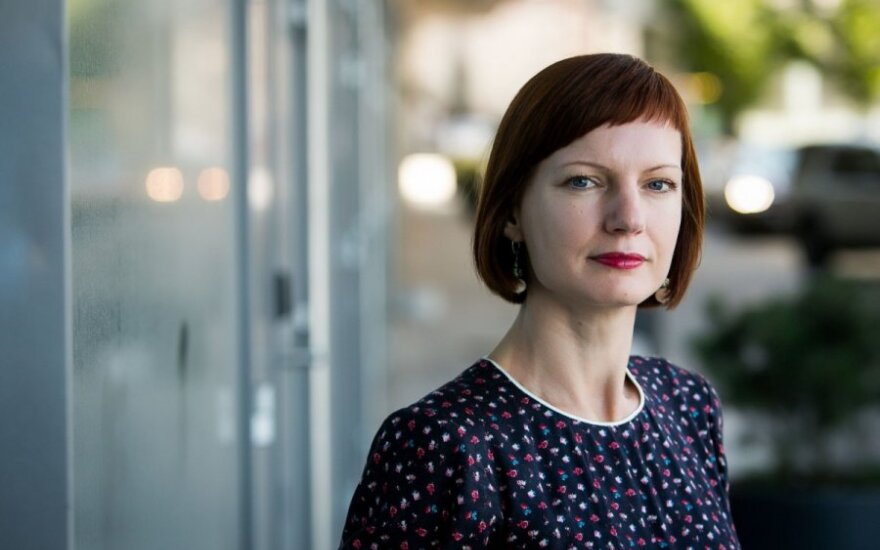 I respect Girnius’ passion for the free word; I, too, suffer from the same disease. However, a free media striving for Western standards cannot be compared to the Moscow propaganda machine simply because the latter is not journalism.

Lately, particularly after the seizure of the Crimea, insolent and aggressive propaganda has flowed freely from Russian TV channels and into Lithuania. Lithuania is likely second after the United States as the most popular target for Russian propaganda, which characterizes Lithuania as unfriendly, nationalistic, a fascist state where friends turn on each other, a place full of farms that serve as terrorist hotbeds.

I am pleased that a respected political scientist assesses the Lithuanian public’s awareness and resistance to propaganda so positively that he compares it to that of Germany, a much more mature country. “Despite all the talk of intensive propaganda and disinformation measures, Lithuania has almost no Russian political supporters. Local Russians show no particular fascination with Putin,” Girnius writes.

A visit with the residents of Visaginas and Šalčininkai, where most people watch only Russian TV, would swiftly cure Girnius of his optimism, as would a close look at what Lithuanian Russian speakers say in social media and a visit to a few Russia Day events.

Yes, I agree with the author's criticism of Mantas Adomėnas, who urged the government to prohibit Russian nationalist celebrations. The seasoned politician must resist cheap temptations such as these.

However, the large crowds gathered in Vingio Park hardly seemed to identify with the Lithuanian State. Tricolors were practically absent from the event, but there were Russian flags and coats of arms in abundance, and even some prohibited Soviet symbols. Marius Laurinavičius, an expert in Eastern European politics, described the event as a "Russian imperial political tool, a tool of soft power".

Leaving the issue of propaganda for a moment, it is worth remembering how quickly and with what joy the Ribbons of St George were donned in Vilnius and how Russian flags were flown during its war with Georgia in 2008.

And to review what propaganda and incitement are truly capable of achieving, we have only to look at the relocation of the Bronze Soldier in Estonia in 2007 — and the riots and countless cyber attacks that nearly paralyzed the state in the months that followed.

Girnius also comments on a controversial statement by Lithuanian businessman Vilius Kaikaris, which triggered a huge “storm” in the media. Kaikaris stated that “strict Lithuanian foreign politics, statements of politicians about events in Ukraine and Russia will cause serious harm to the state economy.” To this, Girnius says, “many called him a traitor, though, perhaps, he is only a short-sighted selfish person”.

Unfortunately, DELFI and Sprinter tyrimai polled citizens shortly after Kaikaris’ statement and found that 32.7 percent of respondents agreed with him. They felt that Lithuania was too small to take on Russia. Another 12.2 percent advocated a pragmatic approach — trade warmer relations for cheaper gas. In the same survey, almost 37 percent of responses thought Lithuanian politicians should take a moderate tone to improve the relationship between Vilnius and Moscow. Do you think these survey results demonstrate a high level of civic consciousness and high resistance to Russian propaganda in Lithuanian society?

While we discuss whether we need to emphasize a policy of historical memory, Russia and Belarus are busy rewriting Lithuanian history in terms that flatter their own national histories and governments. Therefore, it is very good that Lithuanian authorities dared to name the Russian propaganda war as a threat and began to think seriously about minimizing its impact and protecting its citizens from this hostile flow of information.

Unlike Girnius, I welcome the President’s concerns about the way Lithuania is presented to the World. Strong rhetoric about the importance of national defense will refuel patriotism and help mobilize, motivate, and inform ordinary citizens. The rifles movement has become more active. A favorable meeting of NATO troops in Lithuanian territory shows that the responsible part of society is coming together and is well aware of the ongoing threat to the state. It only remains to figure out how to enlist the sympathies of the rest of the state.

Countries unfriendly to Lithuania are waging war on all fronts and are not above dirty measures. For example, DELFI devotes significant energy to deleting anti-state and anti-Lithuanian spam comments from its articles at ru.delfi.lt. Often, the hostile comments are written from the same IP address. The topics vary, but the common goal is to sow doubt about Lithuania’s statehood and to undermine our confidence in ourselves as a nation.

When Lithuania took its turn at the helm of the EU presidency last year, the commenters predicted repeatedly that it would fail. When the Conservative government and the President emphasize energy independence today, the same commenters mock Dalia Grybauskaitė and Andrius Kubilius. Like a broken record, these commenters insist that Lithuania is a small, pathetic country with little to show for itself, with inept leaders… the list goes on and on.

It is, of course, necessary to improve the quality and objectivity of the Lithuanian media, given the amount of scrutiny and Russian aggression it faces. But the above-mentioned issue shows that the other side does not bother with such requirements and plays by a completely different set of rules.
This does not mean that the Lithuania media, which prides itself on objectivity, should crack down on different opinions as Moscow would, but it is naive to say that Russian propaganda will fall on deaf ears in our country. It would be naive to sit idly while Moscow continues a campaign of media attrition. Russian-speakers still watch the Russian channels, after all, and it’s only a matter of time before they tie on St George’s Ribbons of their own.

To think that Russian propaganda is financed too pervasively, or even worse, that it is ineffective and not worth addressing is the worst possible approach. When it is too late, we will blame only ourselves - as occurred both in 1940 and further back in history, in the Second Partition of the Polish-Lithuanian Commonwealth of 1793. Russia used enslavement, occupation, manipulation, bribery of nobles, territorial amputation, and general devastation to annex eastern territories of the commonwealth. Putin is just following the footsteps of Catherine the Great, after all.

We will wake up on some future morning and realize that the Kremlin, no longer hiding its vicious, aggressive nature, has raised a new, faithful fifth column of support here in Lithuania. A group of people who cheerfully agree with Kaikaris and believe there is no need to speak up for anyone if it compromises one’s interests in any way.

The heralds of information wars are disconcerted, identify ever more battlefields, call on proper...

The Russian information war in Lithuania

Lithuania is one of many countries where Russia is waging war for hearts and minds – the...