Opinion: The Baltic Way, a policy of memory and cooperation

(1)
Egidijus Vareikis
aA
I have to confess, that generally, I don’t like the term “Baltic States.” This term references a legacy I hate — the Soviet legacy. 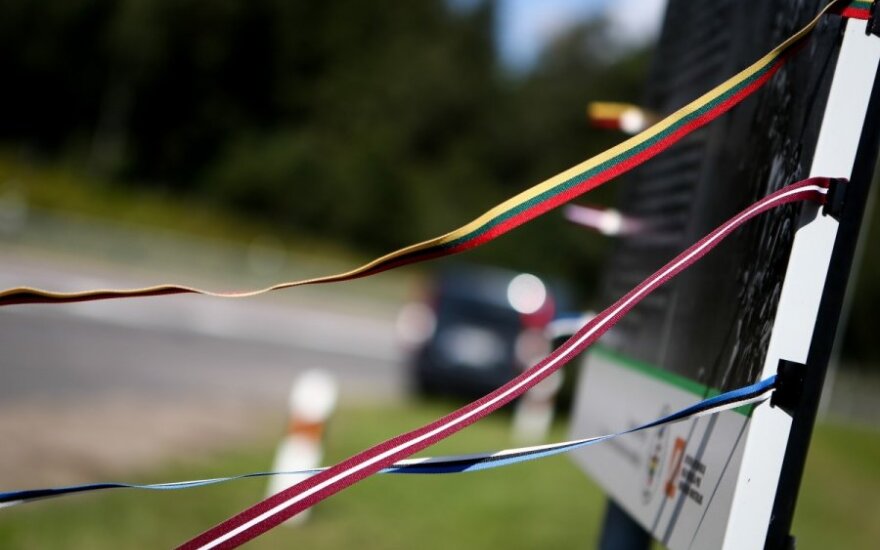 There are almost fifty countries in geographical Europe. You can classify them as Western European, Central European, Balkan, etc. The Baltic States are European states, no doubt. But they weren’t dubbed the “Baltic States” simply because they border the Baltic Sea.

There are many other countries in the same sea. The Baltic States - Lithuania, Estonia, and Latvia - are referred to as such because they were once occupied by the Soviet Union. We would have been “Central European” or “Nordic” if we could have chosen, but now we are... Baltic.

In history, these three countries were clearly separated by different religious, linguistic, and cultural differences. We were often more competitors than friends. But the tragedies of the 20th century bound us together. The tragedy of Soviet occupation unified three disparate nations into something new altogether, that which we now call the Baltic States. It made us work hand in hand. In fact, we still do.

But the name wasn’t all negative. As “Baltic States” we were different, apart, from the remaining “republics” of the former Soviet Union. Even Moscow recognized this uniqueness. The society in the Baltic States was a bit more free-minded and a bit closer to Europe than the Soviets themselves. The Latin alphabet, the religious affiliation to Western Christianity, and centuries of life outside Russian influences made us different.

The principles of international law and the uniqueness of these states are among the reasons Western society did not recognize the annexation of these three states as legal. The Baltic nations never gave up on their wish to restore independent statehood. They exploited the window of opportunity created by “perestroika” in a very smart way.

The story is well known. The peaceful political demonstration that occurred on 23 August 1989 was latter called, “The Baltic Way.” Approximately two million people joined hands to form a human chain spanning over 600 kilometers across Estonia, Latvia, and Lithuania. The date chosen – 23 August– was not a coincidence. It was the 50th anniversary of "Black Ribbon Day,” the day of the signing of the Molotov-Ribbentrop pact and its secret division of Europe. 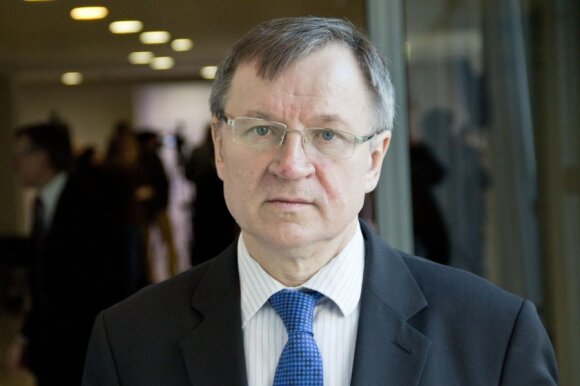 The Molotov-Ribbentrop Pact and its secret protocols themselves determined the fate of many countries in Europe. Estonia, Latvia, and Lithuanian faced occupation and illegal annexation by the USSR. Romania lost its Bessarabia region, Poland suffered the partition between USSR and Nazi Germany. Only Finland managed to preserve its independence with loss of some territories in the Winter War of 1939-40.

Now we commemorate the 25th year anniversary of this unique event. This human chain, one of the longest unbroken human chains in history, spanning across three nations was an unprecedented social phenomenon. Documents recording the Baltic Way were added to UNESCO's Memory of the World Register in 2009. It was a miracle. Even the organizers were not sure it would succeed. Moscow’s reaction was equally unpredictable.

It appears that the Baltic chain took both Soviet authorities and the West by surprise. It’s probable that neither side believed the Baltic people’s could be so decisive and united. Moscow talked about "nationalist hysteria" and expressed fear that such activities would create an "abyss" and lead to "catastrophic" consequences. Moscow called on workers and peasants to defend Soviet ideals and the status quo. It was comical. Even local branches of the Communist party were more interested in breaking off from Moscow than in enforcing Moscow’s directives. Soviet leadership likely had no strategy for dealing with this Baltic phenomena.

The political turmoil that eventually touched all of Central Europe had already started by 1989. Communist regimes were on the losing side in Poland, East Germany, Romania. This was a new political tidal wave and the groundswell of support among the peoples of the region was bigger than the Soviet Union or even the West were ready to deal with.

The Baltic Way presented an opportunity to expose the illegal Soviet occupation not only as a political matter, but as a moral issue. The human chain helped publicize the Baltic cause around the world and crystallized solidarity among the Baltic peoples. The positive image of the non-violent Singing Revolution increased the profile of the Baltic States among the western media. It was an emotional event and it strengthened our joint determination to seek independence. The action shifted the public’s desire from greater freedom from Moscow to a determination to regain full independence. Seven months after the protest, Lithuania became the first of the three nations to declare independence from the Soviet Union.

Many say the Baltic Way is a success story. I agree with that. Estonia, Latvia, and Lithuania have never been closer to the West. All three joined the European Union a decade ago. Maybe their troubles are gone forever?

That part’s not really true. Almost everybody in the Baltic States will say the threat from the East still exists and recent events strengthen this understanding. Baltic peoples have their own brand of resistance and one of them is historical memory.

The policy of memories and memorials make these nations help these nations retain their own way of life and thinking. The importance of historical memory was, and still is, a strong undercurrent in the politics of this region.

Each nation the world over highlights its moments of glory in history, the milestones of its national development. The Baltic nations do this as well, but they also take care to commemorate the sad moments in their history. Today, the Baltic States commemorate the dates of lost independence, the mass deportations. Lithuanians remember the failed insurrections, as well.

The other important lesson of the Baltic Way is the importance of working together. When the Baltic States, Poland, and adjacent regions work together, they are insuring their independence. When they allow their differences to divide them, they are much easier to conquer. They are losing.

Today, we are all on the same side and we understand how important that is. So, let us Baltic States live on with this name I sometimes don’t like. Today, it signifies a strong bond, forged by history, between three nations.

Egidijus Vareikis is a Lithuanian MP of the Homeland Union-Lithuanian Christian Democrats party.