Agnia Grigas,
www.DELFI.lt
aA
As Russia wields its gas weapon against Ukraine, it has cut its price to Lithuania. How did that happen? Agnia Grigas writes for Atlantic Council. 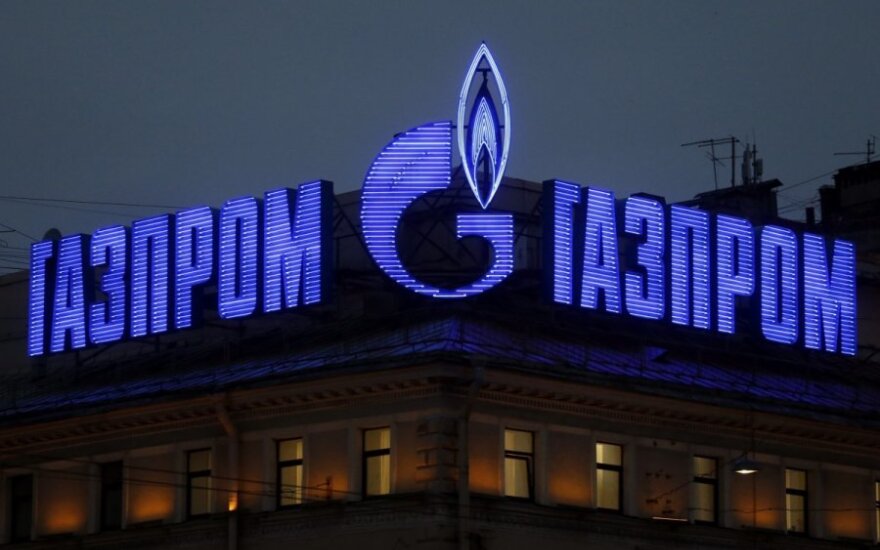 Russia and its state gas company, Gazprom, cut their gas supply to Ukraine last week amid a dispute that includes Gazprom’s demand that Ukrainians pay $485 per thousand meters of gas – an 81-percent price increase. Yet weeks earlier, Gazprom agreed to cut Lithuania’s gas price to $370, a reported discount of about 20 percent. As Ukraine and much of Europe grope for ways to reduce their vulnerability to Russia’s politicized gas prices, how did Lithuania achieve this success? Can Ukraine do the same?

If anything, Lithuania and its Baltic neighbors, Estonia and Latvia, have been even more vulnerable than Ukraine and much of Europe to Russia’s gas pressures. For years, the Balts have relied on Russia for 100 percent of their natural gas (receiving it, as does Ukraine, via the Soviet-era pipeline system). Their isolation from the energy infrastructure of the rest of Europe has made them “energy islands.”

Even though the Baltic states are EU members, it is Ukraine whose gas sector is strategically more important for Europe. This is because the pipelines supplying Ukraine continue westward to European markets, supplying 15 percent of EU total needs. Thus, the gas cutoff to Ukraine could constrict the supplies of a number of EU countries, as did Ukraine cutoffs in 2006 and 2009. In the cold European winter months this is particularly worrisome not only for statesmen and industries but for many households who rely on gas for heating. (In contrast, the gas pipelines to the Baltic states supply no other territory except for the Russian exclave of Kaliningrad.) .

Russia repeatedly has hiked its gas prices to both Ukraine and Lithuania at times of political tension with them. In April, Gazprom raised its price to Ukraine from $268.50 to $485 per thousand cubic meters, an echo of its increases following Ukraine’s pro-democracy Orange Revolution in 2005. The company boosted its price to Lithuania to one of the highest in Europe when Vilnius showed its intent to implement the European Union’s anti-monopoly regulation that forces gas supply companies such as Gazprom to divest from their ownership of pipeline systems. That rule, enforced by Lithuania, will force Gazprom to sell its 37-percent stake in the Lithuanian national gas company and pipeline operator – a process currently being finalized. Spurred by Russia’s politicized pricing of gas for Lithuania, the European Commission in 2012 launched an antitrust investigation against Gazprom for allegedly abusing its dominant market position in eight Central and Eastern European EU member states.

Gazprom’s agreement last month to lower its price for Lithuania surprised many. Lithuanian media speculated that the new contract might be linked to a promise that Lithuania’s gas company would withdraw an arbitration case against Gazprom over unfair pricing. Some credited the EC antitrust investigation. Lithuania’s governing Social Democrats took credit, citing their improvement in relations with Moscow over those of the previous, center-right government).

But the main factor was that Lithuania is poised for the first time to buy from an alternate supplier. In December, the Klaipeda liquid natural gas (LNG) terminal will start operations, producing gas at a price lower than what Gazprom has been charging, Lithuanian Energy Minister Jaroslav Neverovic said last month. Klaipeda will be a “floating” terminal – a ship as long as three football fields that will anchor at a jetty in the harbor, unload LNG carriers and turn the liquid back into gas to be pumped ashore. With a projected capacity of 2-3 billion cubic meters (bcm) per year, the terminal will be able to can meet Lithuania’s annual consumption needs, which in 2012 were 2.7 bcm.

The strategic importance of this project cannot be overstated. Most significantly, Lithuania will now be able to buy gas from world markets rather than solely from Gazprom. Even if the LNG market remains less economical than long-term contracts with Gazprom, the mere presence of the terminal will firstly, strengthen Lithuania’s bargaining position vis-à-vis Gazprom – an outcome already demonstrated in the recent re-negotiations. Secondly, the LNG terminal and the option of alternative gas supplies would weaken Russia’s ability to threaten gas cutoffs or higher prices as a means to exert political concessions. The newly enhanced gas interconnector between Latvia and Lithuania will enable the terminal to transfer some of these benefits to neighboring Latvia and Estonia.

As Ukraine faces what may be a protracted gas showdown with Moscow, would a Ukrainian LNG terminal offer a solution? Amid its dispute with Gazprom in April, Ukraine revived its plans for an LNG terminal to be built near the Black Sea port of Odessa. The land-based (rather than floating) terminal could annually provide Ukraine with up to 10 bcm of gas, which could reduce the country’s imports from Russia by a third. But such a terminal would take years to complete and along with the required pipeline infrastructure could cost roughly $1.3 billion. A floating LNG terminal similar to that in Klaipeda could be a faster, cheaper alternative.

Whether via LNG terminals or not, greater diversification of energy sources and routes should be Ukraine’s main priority reducing its vulnerability in its gas relationship with Russia. Already, Ukraine is working on making its pipeline connections to western neighbors reversible. This would let Kyiv import about 10 bcm of gas annually from Slovakia, Poland and Hungary. Energy efficiency in Ukraine has been less discussed but is an equally important priority. For decades Ukrainian households and industry have enjoyed cheap gas and have not pursued economic restructuring or energy conservation that could decreased their reliance on Russian gas. Thus, only Kyiv’s comprehensive reassessment of Ukraine’s energy sector – including securing alternative sources, routes, technologies, and economies – could facilitate a long-term solution to its ongoing gas conflict with Moscow. Meanwhile, let us hope that the current gas war is resolved before the coming winter months.

Agnia Grigas is a fellow at the McKinnon Center for Global Affairs at Occidental College and advises companies active in emerging markets. She is the author of The Politics of Energy and Memory between the Baltic States and Russia (Ashgate 2013) and holds a PhD in international relations from the University of Oxford.