Opinion: Social Media – the other kind of threat

Jurgis Vedrickas
aA
Social media is an important aspect in the lives of millions of people, daily. It may really have an unprecedented degree of impact on life as we know it, for better or worse. The opportunities social media brings are great and numerous, but beyond grumbling about communication skills deficiencies we rarely consider another, more direct way that social media could prove to be a problem. 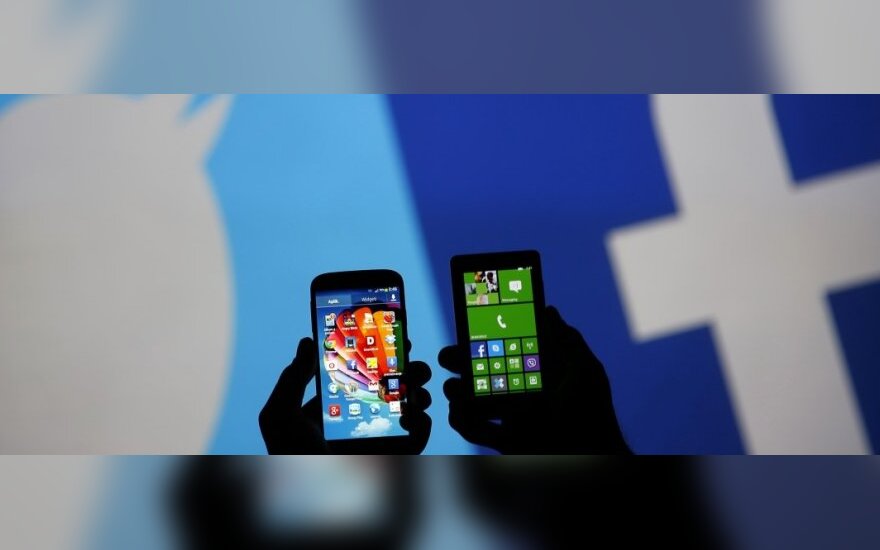 Social media has become (pardon the pun) socially accepted within the span of the past decade. More so, it has become a social norm. With over a billion users, at least highly developed states, it is near odd to encounter a person who does not have a profile on some sort of social media platform. In fact it is certainly not shocking anymore to see people using multiple social media platforms. Twitter feeds for example are all the rage in governmental circles, striving to show off how hip and modern they are and how they are able to harness the raw potential of social networking.

This applies everywhere, in business, in education, in society in general. Social media may at times be denounced for arguably ruining our capacity to communicate in person, but for all else it is one of the great things to come from the internet. After all, we are more connected now. More capable of communicating to wide audiences, more able to meet new people and keep in touch with those far away. The benefits of social media can be numbered for a fair amount of time. It’s the new standard. For all the benefits that everyone keeps droning about, the more sinister aspects of social media appear to be left forgotten.

Recently I attended a certain event where a speaker suggested that social media is one of our tools to ensure our security as a small nation in the vicinity of a decidedly unfriendly neighbour. After all, we can use it to network with people in the outside world, thus gathering support. We can let it be known, if something begins going wrong. We can show events to the world through the eyes and words of regular people, something everyone can relate to. Where an official plea from a distant nation may not garner much support in domestic circles, we could use social media to bring everyone closer to events and use it to our benefit. Hold on did I just say “use it”?

Sure, social media can protect us by helping inform and shape opinion, but doesn’t this go both ways? Can’t our foes use social media to shape opinion and spread disinformation? Or rather, isn’t this what we have going on already? Haven’t we already witnessed anti-establishment Facebook groups? Or how about data that some 70-80% of a certain popular Lithuanian internet portal’s comments are fabricated for effect? Or how about state manipulation of media, both social and traditional in certain states? Comments, tweets and even “likes” are an excellent tool for communicating and understanding (yes, even “likes”, believe it or not), but they can very well be used to inflame conflict and spread select destabilising imagery. This may not have direct effects, but every little bit adds to the total.

I could just outright say that I am discussing Russian actions here in Lithuania and other states, but such manipulations are not exclusive to the successor of the Soviet Union. They may even not be exclusive to states seen as non-democratic. Social media and related interactions can be a threat used not only on a state level, but on a societal level.

The effects can be frightening. Have we already forgotten the London riots? The events in 2011 were probably not the product of a belligerent state trying to stir unrest, but if a conflagration of this sort could happen spontaneously, could it not be crafted by an unfriendly state? Could social media not be used to unleash citizens against their own state without any legitimate reason behind it? Simply target the disenfranchised, the disappointed and the vulnerable. Such things can be very effective, bringing down whole state systems, as exemplified by the Arab Spring.

The Arab Spring may be hailed as a series of democratic uprisings, but there are far more sinister aspects to it. Could such a situation not be crafted? Could Russia not craft such a situation in its neighbour states through its dominant cultural exports and ability to perform at least limited manipulations? It may be too grandiose a scheme, but the potential for it is there. Just as social networking can help spread the truth, it can be used to spread lies. And if the lies catch on, nobody will have time to double check, not when mob mentality takes hold.

Furthermore we should not forget privacy concerns. It is an open secret that social networks sell information about their users, even if they may pretend they do not. Even when we do not give away information about ourselves willingly, it can be purchased. Not only does social media threaten us with upheaval through tyranny of the masses, it also weakens our ability to resist powerful business interests, as they can harvest our information, while also managing perceptions through the same networks.

It certainly is not all black with social networking and mass media. Just as it can be used to manipulate us, it can be used to avoid manipulation. Just as it can be used to create threats and conflicts, it can be used to diminish friction and resolve our differences. The benefits of social media should never be doubted, as there are a great many of them. This does not, however, mean that we can turn a blind eye on the issues that arise due to the prolific nature of mass media and social networking. Just as much as we acknowledge the benefits of worldwide connections and rapid spread of information, we have to acknowledge the threats that we may encounter. In the end it is up to all of us that use these tools, what we can make of them. Whether we will use them for our benefit or whether we will be used by and through them.

Facebook remains the most popular social network in Lithuania, used by 68 percent of all internet...