Opinion: Russia, repression and the rule of law

William Pomeranz, Kathleen Smith, The Mark News
aA
Any battle between the Russian state and its political opponents has always been an unequal contest, since the state brings an overwhelming superiority to such confrontations. This disparity is as true today as it was during the Soviet Union’s fight against dissidents and imperial Russia’s struggle against diverse revolutionary movements. 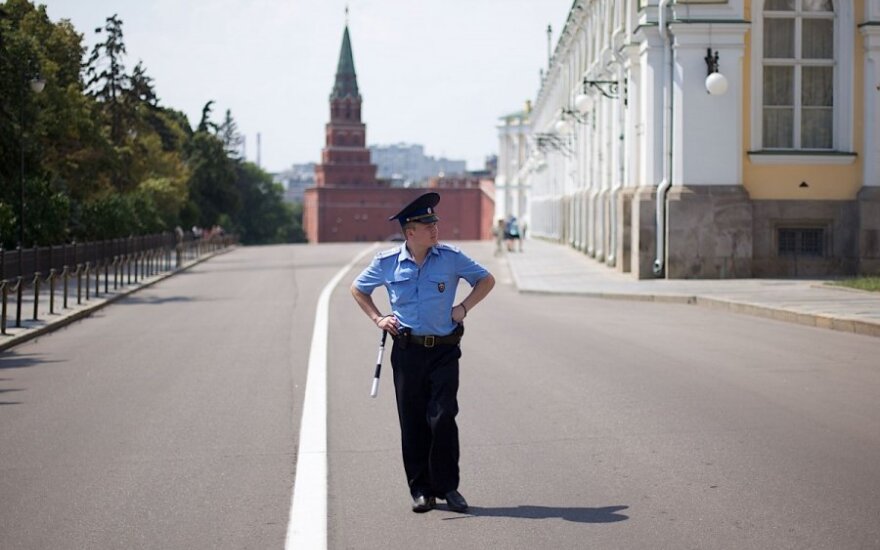 Yet in each period, some challengers to the system have used existing law – underdeveloped as it may be – to demand that the Russian state live up to the principles of the rule of law.

Any legal triumph that the Russian human rights community makes in its ongoing struggle against the state is therefore noteworthy. And in the past month, the Russian Memorial Society has had two significant victories that preserved its institutional integrity and imposed legal limits on the government’s investigative powers.

Memorial has served as the conscience of Russia for more than two decades. An umbrella organization uniting groups across the territory of Russia, “Memorial: An International Historical, Educational, Human Rights and Charitable Society” has persistently pursued a dual mission of uncovering and publicizing past political abuses and protesting new violations of human rights.

In the post-Soviet era, Memorial’s activities have ranged from discovering the mass graves of those executed by the secret police in the 1930s to documenting kidnappings and killings of civilians in the North Caucasus. It has trained lawyers from many regions in how to pursue domestic and international remedies. Indeed, it is unpopular with the government largely because it helped the parents of the disappeared successfully sue the Russian state in the European Court of Human Rights.

Thus, it came as little surprise when, in October 2014, the Russian Ministry of Justice called for Memorial to be shut down. It pointed to Memorial’s governing structure, stating that new laws for public organizations countenanced only all-Russian societies that consisted of central organizations with local branches in at least 19 regions of Russia. Memorial’s structure – a loose association of independent local organizations – therefore provided the Ministry of Justice with grounds to demand its closure.

Memorial addressed this structural issue and other disputed provisions in its charter at a November 2014 conference, to the evident satisfaction of Russian judicial authorities. The Ministry of Justice specifically recognized that Memorial’s revised corporate structure complied with the requirements of Russian law, thereby allowing the Supreme Court to dismiss the case on Jan. 28, 2015.

So, Memorial lived to fight another day. But “fight” is the operative word.

Memorial is leading the charge for free association on another critical front, as the state is attempting to brand Memorial’s human rights arm and some of its regional chapters “foreign agents.”

In 2012, Russia adopted a law requiring non-governmental organizations that receive foreign funding and engage in “political activity” (which has a broad definition under the law) to register as “foreign agents” with the Ministry of Justice. Memorial considers this law to be both “amoral and anti-legal.”

Regional branches in Perm, Ryazan, and Yekaterinburg managed to dispute this designation in local courts, but Memorial’s central “Human Rights Center” in Moscow has not been so fortunate.

Memorial, however, is not content to simply respond on a case-by-case basis. In February 2013, Memorial and 10 other organizations filed an appeal against the law itself in the European Court of Human Rights.

A similar petition to the Russian Constitutional Court failed in April 2014, but Memorial continued to challenge the extensive investigatory powers of the Russian prosecutor’s office underlying the law. Memorial and several other human rights groups claimed in the Russian Constitutional Court that the power of the prosecutor’s office to investigate NGOs was too broad and violated international legal norms.

On Feb. 17, 2015, the Constitutional Court sided with Memorial in demanding that precise rules be established to cover such investigations, including specific document request requirements, defined timelines for conducting such inquiries, and the end of repeat investigations of NGOs on the same charge.

The enforcement of Constitutional Court decisions remains highly problematic, but its intent in this particular decision – to limit the discretionary powers of prosecutors and thereby curtail this form of harassment of NGOs – was clear.

Memorial has followed a long tradition of using the courts to highlight the incongruities – and illegalities – of the prevailing political order. To outsiders, this may appear to be a futile battle, but for Memorial and the Russian human rights community, it is an essential task, since such legal actions highlight the transgressions of the state as well as the alternative path of the rule of law.

The law may be a weak instrument for change, but, as Russian history demonstrates, it is often the only one available.

William Pomeranz is the Deputy Director of the Wilson Center’s Kennan Institute. He has written extensively on Russian legal history as well as current rule of law issues. Kathleen Smith is a Visiting Professor in the Center for Eurasian, Russian and East European Studies in the School of Foreign Service at Georgetown University. She is the author of "Remembering Stalin’s Victims" and "Mythmaking in the New Russia".