Stephen B. Nix
aA
The dangerous actions by Russia and Vladimir Putin pose the greatest challenge to security and democracy since WWII. This applies not only to the countries within Eurasia, but to our post-war vision of a Europe whole, free and at peace. While not necessarily a return to the Cold War, the current situation nevertheless has brought a clear competition of ideologies to the forefront: democracies founded on free elections, accountable governance and rule of law versus authoritarian ideals of “managed democracy.” 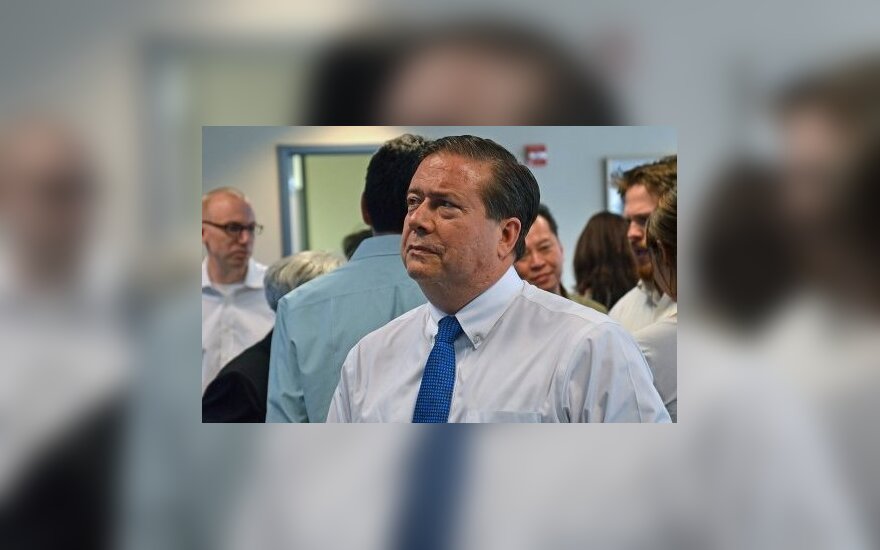 The containment of Russia is a critical challenge for democracies around the globe today. Ukraine is not the end of Putin‘s aggression; it is only the beginning. He has a much bigger vision—expanding his sphere of influence. Now, more than ever, the West must stand alongside the Eastern Partnership countries and assist them wherever possible in their efforts to bolster and consolidate their democracies, move themselves closer to Europe, and defend themselves against Russian aggression, whether covert or overt.

Our response could very well define the second half of the 21st century.

For the last few years, the European Union (EU) has played a leading role in the Eastern Partnership countries, supporting the new democratic regimes as they work to reduce corruption, improve the rule of law, and represent the interests of their constituents. Their prominent role in the region has also coincided with the downscaling of US military presence in Europe and the “gradual reorientation of US foreign policy toward other global regions (the ‘pivot’)” under the Obama administration.1 While the United States still continues to work in the region, promoting more citizen-oriented and responsive governments, the EU has assumed a more prominent role.

While the United States and the EU have remained invested in the future of the Eastern Partnership countries over the years, other regions of the world have taken up significant attention and funding in recent years. Eurasia had fallen out of the news, but that quickly changed when Russia invaded Crimea at the end of February 2014 and annexed the region two weeks later. Since then, Russia has begun waging a war to destabilize eastern Ukraine by funding and arming pro-Russian forces in Donetsk and Luhansk oblasts. With the apparent goal of creating a permanent “frozen conflict” and preventing Ukrainian accession into the EU, Putin has sought to prevent the pro-Western Ukrainian government from realizing the reforms demanded by citizens on the Maidan. Moreover, Putin seeks to instill fear and uncertainty into the Ukrainian public and undermine the public’s support for its pro-Western government.

Indeed, with the ongoing war in the Donbas, it is difficult for the pro-European government to implement many reforms needed to move the country forward. The need to rebuild its military and provide social assistance to the families affected by war has forced the Kyiv government to make tough choices concerning budget allocations that increase the financial burden on Ukrainians already feeling constrained by currency devaluation. With every month that passes, the pro-West government loses support as it defends unpopular yet necessary policies that pour resources and, more importantly, lives into a conflict that shows no sign of abating. According to IRI’s latest poll in Ukraine, only 3 percent of Ukrainians are satisfied with the pace of change in their country, and President Poroshenko and Prime Minister Yatsenyuk’s favorability ratings have fallen considerably. As the holdovers of the former President Viktor Yanukovych regime stand to the side like vultures ready to capitalize on the missteps of the pro-European government, the West must understand that what is at stake is not just the fate of three regions of Ukraine (though that absolutely warrants concern); what is at stake is Ukrainian democracy itself.

The Russian threat also extends to other Eastern Partnership countries. In Moldova, Russian troops continue to occupy the breakaway region of Transnistria, posing a direct threat to both the pro-Western coalition government in Chisinau and Ukraine’s bordering Odesa region. In Georgia, the territories of Abkhazia and Ossetia also remain under Russian control. The inability of these states to retake their territories currently occupied by Russia will complicate their efforts to enter NATO—and this is precisely what Putin wants. His objectives are the same for Ukraine’s Donbas region and Crimea.

Trade and energy are also used as weapons to coerce and pressure governments. Economic pressure and embargoes on Eastern Partnership countries’ products, as well as threats to turn off their supply of natural gas or increase prices, are frequently used.

Putin has also skillfully utilized Russian-language media outlets to advance its agenda in the Eastern Partnership countries. By waging a worldwide propaganda war targeted at foreign countries, the Russian government seeks to undermine public support for the West, its leaders and its values, while also glorifying the region’s Soviet past. Russian propaganda would have us believe that our leaders are criminals and commit abuses against our own people. When asked last year about Ukraine signing an association agreement with the EU, a senior adviser to Putin claimed that “They organized a military coup in Ukraine; they helped Nazis come to power.” When asked whether he believed President Poroshenko is a Nazi, he simply replied, “Of course.”2

This propaganda campaign is a critical component to Putin’s foreign policy, and the impact is widespread: let’s not forget the banner displayed on Victory Day in Russia this past May: “Сегодня Крым, завтра Рим (Today Crimea, tomorrow Rome).”

Crimea was already a step too far, then Putin invaded eastern Ukraine. We cannot let him advance any further.

Although the Russian threat is multifaceted and challenging, it is far from insurmountable. That being said, this situation demands more from the United States and its European allies. We must recommit ourselves to our core mission of advancing democracy by building democratic institutions throughout Eurasia, and we must also fight this war of ideology as Russian propaganda seeks to cloud our judgment and understanding of its intentions for its neighboring countries.

The events on Ukraine’s Maidan and the fleeing of former President Viktor Yanukovych underscore significant democratic deficits which had been plaguing the Ukrainian state since its independence. From the growing power of oligarchs to endemic corruption, Ukrainian democratization had long been mired in instability.

The protests in Ukraine and Russia’s subsequent willingness to take advantage of the situation illustrate an important foreign policy consideration for European powers. Namely, the EU should work to bolster the democratic governments of its neighbors before extending its influence into other regions of the world, such as the Middle East. Indeed, such a policy is prudent, as some scholars argue that “before democracy can spread further, it must take deeper root where it has already sprouted,” (Diamond, 2008).3 By focusing democracy assistance programs on neighboring at-risk or backsliding democracies, the EU can help to contain the spread of authoritarianism and reduce instability in the region.

In addition, given the geopolitical importance of the Eastern Partnership countries, the United States cannot afford to take a back seat in addressing the Russian threat. Now, more than ever, it must increase its assistance to the region and demonstrate leadership where there has been only hesitation.

1. Institution-building to help curb corruption;
2. Media and civil society support to help citizens hold their government accountable;
3. Political party development to ensure that parties are representative of their constituents.

Additional efforts should be made to bolster domestic media platforms in the Eastern Partnership countries that can effectively counter the Russian propaganda that currently dominates the available media sources. Politicians and civil society alike would benefit from a more diverse media environment.

Finally, it is essential that we take the fight for democracy to the Kremlin. We need to support the democratic forces in Russia, who courageously continue to fight for freedom and democracy in their country.

By reorienting their democracy assistance efforts to the Eastern Partnership countries, European leaders can help to reduce the likelihood of future instability in the region. Increased assistance will enable these countries to better resist Russian attempts to undermine governments’ pro-European agendas. Moreover, the West—and especially the European Union—must continue to extend a hand to the pro-EU governments of Ukraine, Moldova and Georgia.

A United Approach to Bolstering the Easter Partnership Countries

One good example of EU/US partnering is in Belarus, where a number of US and European organizations have worked closely together to draw attention to democratic alternatives by trying to encourage democratic unity behind the presidential campaign of Tatiana Karatkevich, the only real pro-democracy candidate on the ballot for the October 11th elections.

Cooperation on the EU and US sides has been outstanding, and together we hope for increased democratic reform and that Tatiana’s message reaches the Belarussian people: to transform the Belarussian nation peacefully and internally, and to build a prosperous, democratic and European state.

Similarly, we must combine and coordinate our efforts in Moldova, Georgia, and other countries in the region.

Together, this coalition won the Cold War. Together, we can meet the next threat to democracy and build strong democratic institutions throughout Eurasia.

While countering the Russian threat in Eurasia will be challenging and costly for the United States and Europe, inactivity will be even costlier. As President Vladimir Putin proclaims his right to defend Russians and Russian speakers everywhere, the international community must demonstrate that it will not tolerate violations of international law, especially military invasions of other sovereign states. There are international norms that must be upheld, even if doing so requires sacrifices.

As President Ronald Reagan noted in his 1982 address to members of the British Parliament, “Democracy is not a fragile flower. Still it needs cultivating.”

Stephen B. Nix is Regional Director for Eurasia at International Republican Institute. The piece is based on his presentation made at Vilnius Democracy Forum on September 15, 2015.