Opinion: Refugees, Germany and we

(1)
Kęstutis Girnius
aA
The current rush of refugees is arguably the greatest challenge for the European Union throughout its history. One should hope that the crisis can be solved without endangering the overall European project. 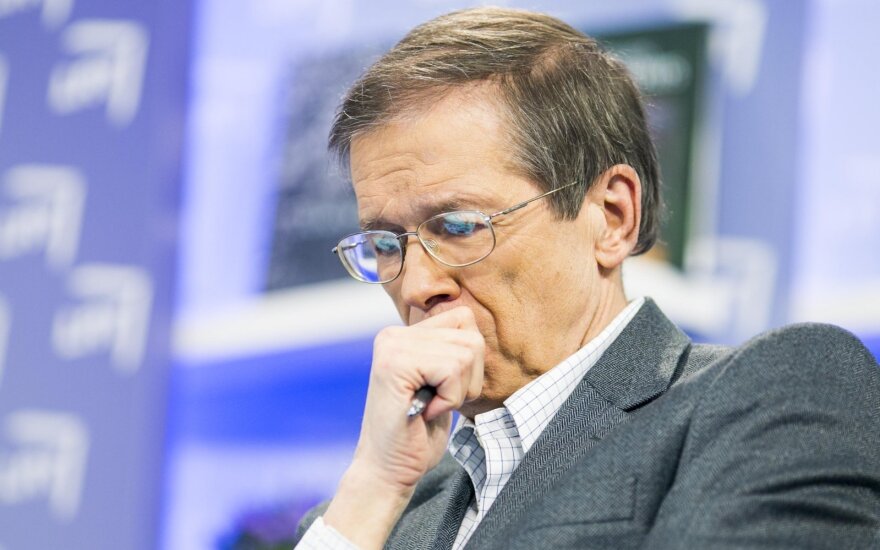 We must accept refugees. Our own historic experience demands it - there is no continent that has not, at one point or another, hosted Lithuanian refugees. Even exiles in Siberia were helped by compassionate locals who were themselves living very poorly.

Common solidarity demands it. We constantly ask for solidarity from others and more often than not receive it, therefore we cannot turn our backs to other EU countries asking for our help in their hour of need.

Christian and humanist charity demands it. Opponents of granting asylum to refugees often present themselves as defenders of Europe's Christian heritage and values. These self-proclaimed defenders of Christianity must know that a good Christian is required to feed the starving, to give water to the thirsty, to shelter the fleeing. These are just some of the charities for the body.

Common decency demands it. We must overcome prejudices and stop thinking that people of other races, religions and nationalities are worthless or savage. We degrade ourselves and our people if we believe that 3,000 refugees will somehow burden the lives for the population of three million, that our way of life can be so easily endangered.

However, we must resist the new demands from Germany. Chancellor Angela Merkel has suggested mandatory quotas for redistributing refugees. She wants to introduce a proportional system that would operate irrespectively of the absolute numbers of incoming migrants. If I understand the proposal correctly, each country would have to take in a set share of people, if, say, half a million refugees arrived in Europe. If there are one million refugees, they'll have to take in twice as many. If the refugee number reaches two million, then they must accept four times as many. And so ad infinitum.

The Germans are doing a great thing by opening up their hearts and wallets to refugees. If Germany wants to accept one million people, great. If it gave asylum to two million, we should admire its generosity and benevolence. But Germany cannot accept two million refugees and then demand that other EU countries take in 60, 50 or 40 percent as many. Let alone without prior agreement or even discussion.

Europe is no longer protecting its borders, there are effectively no borders to speak of. Germany has played a crucial part in tearing them down, at least temporarily. Europe without borders is a more attractive place than one with borders. According to The New York Times, Syrians and Iraqis who come to Germany tell their relatives that Germans are giving them flats, money, inspect their health - and they are urging their relatives to come quickly.

Last Friday, a spokesman for Iraq's senior cleric, Ayatollah Ali al-Sistani, pleaded with the country's young people, as did many other Iraqi government officials, to be patient and stay put, not to travel elsewhere. The spreading news that Europe no longer guards its borders will encourage others, especially people from Africa, to use the opportunity before the gate closes.

Germany cannot decide alone what the EU must do, even if Merkel is supported by her loyal second François Hollande of France. It is too important an issue to be settled within days or according to some rushed agenda. Countries need to consult with one another and their citizens. In Lithuania, these questions cannot be decided by the European Affairs Committee alone. The entire parliament must have a say.

After proper deliberation, the EU might greenlight mandatory quotas for indeterminate number of refugees. Germany might be in the right and other countries should follow in its steps. But they must decide so themselves. I have heard that German diplomats are exerting huge pressure on Lithuania and other Baltic nations. Germans have warned, just like Sweden's former Foreign Minister Carl Bildt previously did in a much milder manner, that Lithuania's statements and actions will not be forgotten.

President Dalia Grybauskaitė often presents herself as a fearless defender of Lithuania's interests. It would be great if this time she resisted her usual reverence for Germany and Merkel and demanded that we be given time to properly examine these issues.

I do not wish to be misinterpreted. Europe must be generous to the refugees, it must do more for the disadvantaged. I doubt, however, that the open door policy is the most effective way, especially since we could support many more people in their own countries than in Europe with the same resources. Moreover, there is a real danger that the current policy will cause a backlash that will be readily exploited by populist anti-European parties.

That said, let me reiterate once more: Lithuania can and should accept many more refugees than it currently intends.

Kęstutis Girnius is Associate Professor at the Institute of International Relations and Political Science of Vilnius University.

On 14 September, Europe's justice and interior affairs ministers will convene in Brussels to agree on...

Lithuanian Foreign Affairs Minister Linas Linkevičius is sceptical about the recent proposals to...