(1)
Kęstutis Girnius
aA
There had been no doubt that Russia would respond vehemently to the downing of its military plane and would do everything to punish Turkey. Moscow did not waste any time introducing various economic sanctions and launching a fierce anti-Turkish propaganda campaign. 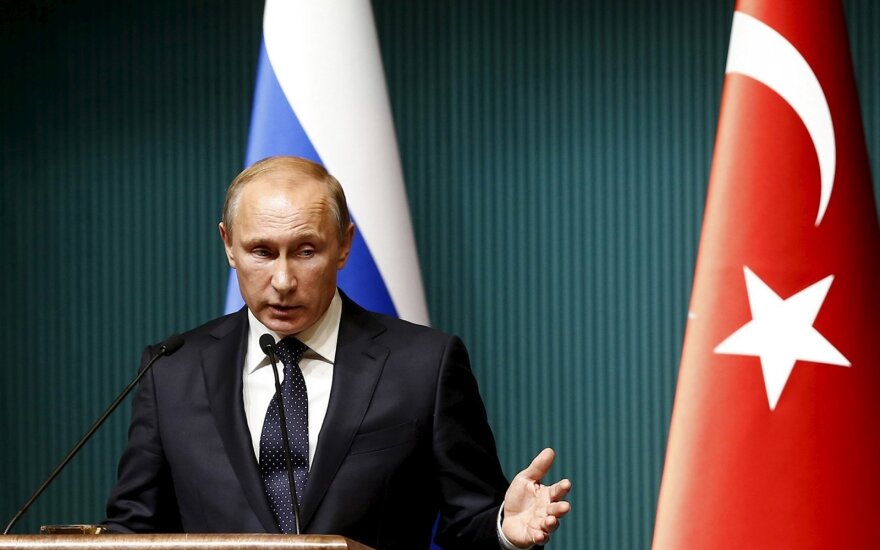 Ankara will suffer a little, but less than Russia itself. The Kremlin simply does not have effective methods at its disposal to use against countries that have fallen into its disfavour - it simply has no allies to back any sanctions. Russia is a lone wolf - and wolves usually hunt in packs.

A number of factors force Russia to take a tough stance on Turkey. Moscow is convinced that its plane was downed in violation of international laws. It is not entirely clear if the Russian bomber was in Turkey's airspace when it was fired at. Turkey made little effort to properly warn the Russian pilots or fire warning shots, it did not try to make the Russian plane land. There is reason to believe that Turkey had planned to down the jet in order to teach Russia a lesson, so it quit flying so close to Turkey's borders and attacking local Turkmen and Turks. When Syria downed a Turkish plane in similar circumstances two years ago, Ankara accused Damascus of violating international rules.

The circumstances of the incident was just one of the reasons for Putin's rage. There were others. Turkey offended Moscow's sense of pride, it committed lèse-majesté by even thinking to attack a Russian military plane. During the Cold War, the USSR and China were extremely belligerent and hard-line when it came to actions directed against their diplomats and citizens abroad. Other countries and revolutionary movements would therefore do everything to avoid incidents that could have brought on the wrath of these countries. The last time that a NATO jet downed a Russian fighter plane was in 1952. And this time Turkey did it purposefully, not accidentally. 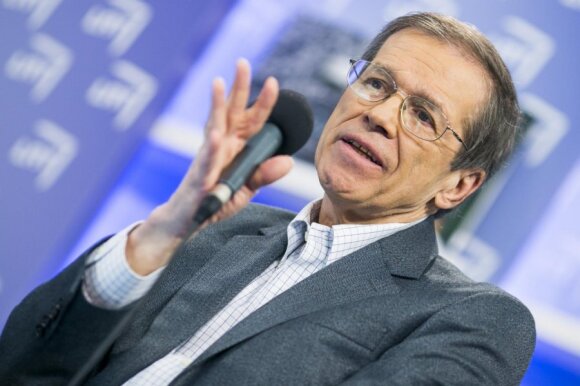 The latest incident has also revealed that Russia's military planes are much more vulnerable than NATO fighter jets, that some of them are not equipped with proper electronics to neutralize enemy attacks. This demonstration of Russia's weakness could not have gone down well with Putin who is eager as ever to project military might.

Russia quickly introduced trade sanctions on food imports, although not on all products. It is a usual weapon in Russia's arsenal. Moscow has more than once banned food and agriculture imports from Lithuania and the Baltics, quoting health reasons.

In response to EU and US sanctions, Russia had imposed "total embargo" on most European and American foodstuffs. Ordinary Russians were the ones to suffer most from such sanctions. Food prices go up, selection goes down, inflation in general accelerates. Sanctions only have a modest effect on their intended targets, since these countries easily find alternative markets for their produce. The more sanctions Moscow imposes, the more it isolates itself and sever trade relations that benefit Russia itself - otherwise they wouldn't exist in the first place.

A more serious step was the decision to interrupt negotiations on the TurkStream pipeline. The joint project was intended to allow Russian gas transportation to Turkey and southern Europe. The pipeline section to Turkey was supposed to be finished by 2018, when the contract on gas transit via Ukraine expires. With this pipeline complete, the Kremlin could up its pressure on Ukraine. Russia risks losing a big energy market in Turkey which will look for and eventually find other suppliers. Moreover, Russia has already produced pipes worth EUR 1.8bn and usable only under the Black Sea. Unless a deal on TurkStream is reached eventually, these pipes will go to waste.

Russia has been using oil and gas as means to exert political pressure for a long time. But it overreached itself this time. The Baltic states and Poland have already found alternative suppliers. Ukraine is doing utmost to free itself from Gazprom's grip, too. Some other Central and Eastern European countries could soon turn this way as well. Including Turkey. Russia will always find buyers for its gas, but it will not be able to impose its own rules - eventually, it will have to adapt to its buyers. We can be sure that the fewer clients Russia has, the more leverage this gives to China.

Russia's propaganda campaign has been somewhat more effective. It drew attention to what had been known all along - that Turkey has not been very earnest in its efforts to fight Islamic State; that jihadists have been crossing its porous borders and transporting oil for trade. Oil money has so far been Islamic State's main source of revenue. Turkey has already promised to do a better job guarding its borders. Fighting jihadists has not been the primary goal of either Russia or Turkey. Russia cares much more about keeping Bashar al Assad's regime in power, while Turkey's main targets are Kurds and Assad's supporters.

Moscow could not let the downing of its plane pass without any response; the Turks themselves probably anticipated strong and angry words. But hot-headed Putin overdid it this time and failed to anticipate the consequences. Over the last decade, relations between Russia and Turkey had warmed up considerably while Ankara's relations with the US and the EU have been ridden with tensions. Turkey did not allow the US to use its airbases during the Iraq invasion. Its EU membership bid had hit a stalemate, before the refugee crisis shook things up. Both Russia and Turkey have been sceptical about what they take as Western laxity regarding "traditional values". Leaders of both countries also share inclinations towards autocratic rule.

As a result, Russia and Turkey had found common ground, cooperated on joint projects, intensified trade relations. Moscow had even reasons to hope that Turkey would lobby NATO allies to pursue more lenient policies towards Russia. The situation has since changed radically. Turkey is once again turning towards the West, having realized its friends are not in the east. Moscow will continue to be isolated economically and politically, having turned one more neighbour into an opponent if not enemy. Tensions with Turkey might have repercussions in Central Asian republics, too.

Kęstutis Girnius is associate professor at the Institute of International Relations and Politcal Science of Vilnius University.

Turkey has every right to protect its airspace, President Grybauskaitė's advisor says

When Turkey shot down a Russian military aircraft on Tuesday, Moscow's response was quick: not...