Kęstutis Girnius
aA
At the beginning of her second term of President Dalia Grybauskaitė, we must pose the inevitable question of her priorities and how she will try to change the course of Lithuanian politics. I think the President will pay much more attention to the defence policy - not only in Lithuania, but also in order to influence the foreign partners. 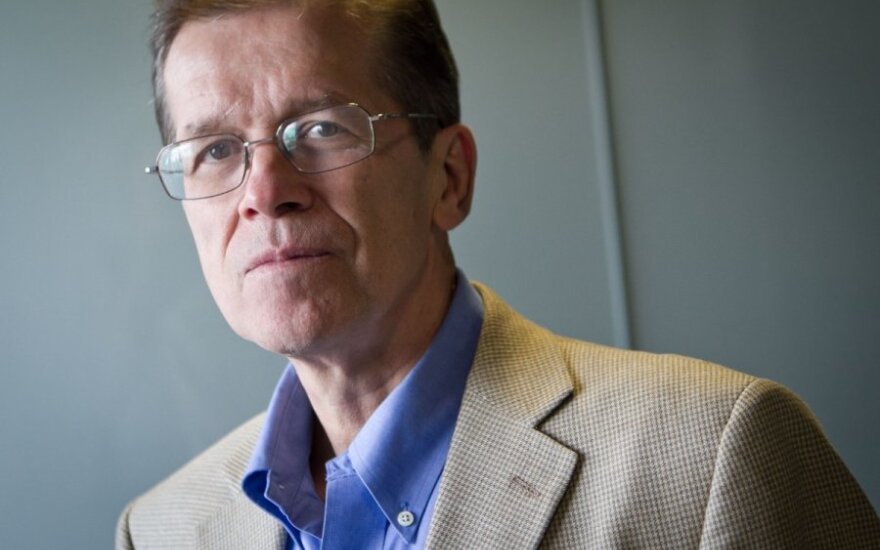 At the beginning of her first term, the President was not interested in the state defence. Deliberately distancing herself from her predecessor Valdas Adamkus, who was considered a huge supporter of the U.S., she was more focused on the European Union (EU) than NATO affairs. The pinnacle of indifference was reached three years ago, when the President made it clear that the NATO consensus to dedicate at least 2 percent of the gross domestic product for the defence is informal, and added that “the unwritten rules do not exist”. The President sometimes declares that national defence is a priority, but those are obviously only evasive statements.

As the term of office progressed, the President changed her attitude towards NATO and the USA. Her initial fears that the U.S. is resolved to making decisions harmful to Lithuania in order to improve relations with Russia subsided. The NATO summit meeting in Chicago in the spring of 2011 played a significant role - it was decided that NATO’s missile defence system will cover the entire NATO territory, including Lithuania. The summit also resulted in the pledge to continue the NATO air policing mission and the confirmation of the traditional defence strategy, which includes all components of deterrence.

In the wake of Russia’s occupation of Crimea, all NATO allies rushed to emphasise the importance of NATO and committed to increasing the defence expenditures. I do not doubt the sincerity of speaking, but there is a reason to ask whether these commitments will be implemented consistently. The Minister of Finance, Rimantas Šadžius, stated that “the national defence funding is high enough” and offered a very modest increase of the defence expenditure this year. The President was vigorous in her response. She was supported by the Prime Minister and the decision was made to dedicate the additional 130 million litas for defence.

Recently, Algirdas Butkevičius expressed his opinion that Russia’s attack on Lithuania is unlikely, the fear of the Russian aggression is excessive, and that the opposition parties perfectly exploited this fear in their election campaigns. I do not know how Butkevičius’s words are to be construed. Is it a call to consider the unfounded fears of the electorate in the next election campaign? Or maybe it is a hint that in the absence of a real threat we should not hurry to increase the defence expenditure in the future?

Whereas Lithuania’s position is sleeked over, the Western European politicians are talking more openly. Germany’s Finance Minister Wolfgang Schaeuble stated that 90 percent of the German and EU citizens would consider the increase of the defence spending and the deployment of NATO troops in Eastern Europe as the deterioration of the situation. According to Schaeuble, “the increase of the defence budget is not a smart move now”. Germany’s Minister of Foreign Affairs Frank-Walter Steinmeier has repeatedly urged the Ukrainian government to carefully use the military force against pro-Russian separatists in the east of the country, thus implying that not only Moscow, but Kiev too must take steps to deescalate the crisis in Ukraine. The French President Francois Hollande hosted the Russian President Putin at the Élysée Palace and will continue selling the Mistral warships to Russia. In addition, the southernmost NATO countries believe that there is a greater danger in the South than in the East. The war in the Balkans erupted several times, the Arab Spring ripples through the Maghreb, Libya is out of control, civil wars go on in Syria and Iraq, a new dictatorship is consolidated in Egypt, and thousands of refugees are trying to reach Europe by ships. In their view, the stabilisation of the EU’s southern flank is no less important than the task of taming the Russians.

In 2003 the then U.S. Secretary of Defence Donald Rumsfeld divided Europe into old and new - into Western European countries, which were sceptical about Washington’s intention to attack Iraq, and Central and Eastern European countries, which strongly supported the American plans. Rumsfeld exalted the colours for selfish reasons, but we cannot deny that the two groups have different approaches to the security challenges. While Schaeuble is explaining that the increase in defence spending is unreasonable, a number of Eastern European and American politicians call for NATO to set up military bases in Eastern Europe. Interestingly, the traditionally reticent Scandinavian countries have a similar view on this issue to the attitudes of the “new” Europe.

One may assume that the situation in Ukraine will stabilise after some years. There will be more and more voices calling for priority to pensions, education, health care, and not for defence. It should not be difficult for Grybauskaitė to ensure that the parties comply with their obligations as in this regard she will be strongly supported by the Conservatives, the Liberals and the citizens who feel anxious about Russia’s intentions.

To have a greater impact on the wider world will be much more difficult. Grybauskaitė appreciates the good relations with Germany and its Chancellor Angela Merkel. Stressing the Russian threat and the need to ensure security, she would criticise, at least indirectly, not only the East policy of Berlin, but also that of other major Western countries. On the other hand, it will not be easy to take a unique position among the critics of Russia. Poland has long been aspiring to this role. The silver-tongued President of Estonia Toomas Ilves is very open when condemning Putin’s policies. He can also show that his country carries out its obligations not only in words but in actions too - Estonia has been dedicating 2 percent of GDP for defence for quite for some time. Sweden is also strongly condemning Russia’s actions.

Grybauskaitė knows that Lithuania cannot become a leader in the region. But this is not the most important goal. By an active coordination of Lithuania’s defence policy with Poland, Sweden and other Baltic countries, she would allow for closer mutual cooperation, strengthen Lithuania’s international profile, and prevent any arguments that Lithuania is only waiting for others to pay for its security. Success in this area would consequently mean a successful presidency.