Viktor Denisenko
The world is still waiting for measures of the Minsk Agreement to be implemented. Ukraine experiences continual military confrontation, and situation in Debaltseve region has also worsened dramatically. According to the recent information thousands of Ukrainian troops could again be trapped in the Debaltseve boiler. The Ukrainian side denies siege possibilities, whereas separatists inform on their achievements in encircling Ukrainian troops. 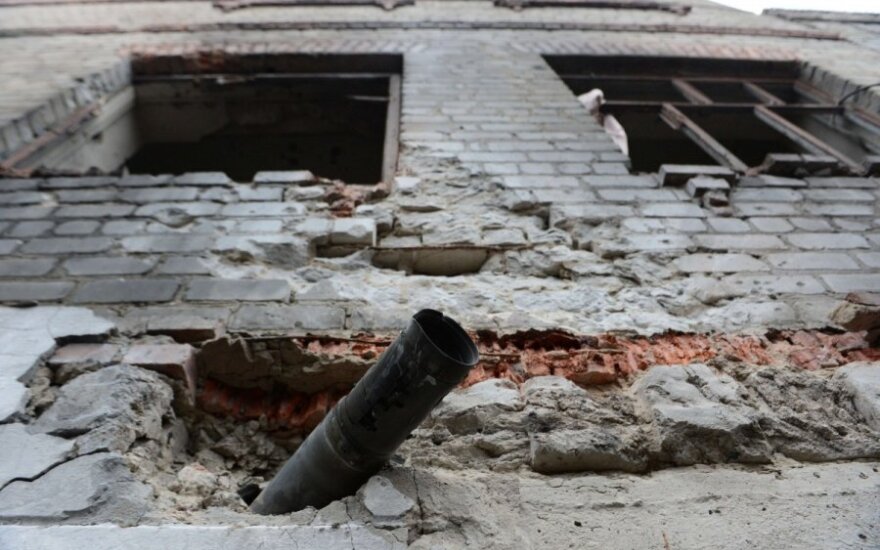 Nonetheless, the boiler was “closed”. In fact, Ukrainians did manage to withdraw their main forces, and Kiev presented this withdrawal as a smooth tactical operation, although according to witnesses, the withdrawal was fragmented.

It seems that Ukrainian forces cannot boast of a strong military spirit. The precedents like Debaltseve or Ilovaisk „boilers“ are demoralising the army. But the main problem is related not to military units but to their authorities and their ability (or inability) to coordinate operations.

Disputes have exposed deep divisions in the new Ukrainian Government. Unsatisfied with the centre’s decisions, leaders of the Volunteer Ukrainian Corps announced the establishment of the joint headquarters. One of its initiators is Semion Semionchenko, commander of the Donbas battalion and deputy of the Supreme Rada. One of the main headquarters’ tasks is to inform President Petro Poroshenko about the actual situation at the frontline and require resignation of Viktor Muzhenko, Chief if the General Staff.

An official Kiev considered the decision to establish „alternative“ headquarters as populist (aimed to discredit the Government) and as a desire to get publicity. Semion Semionchenko denied these accusations and outlined the ambitions and tasks of the joint HQs of volunteer battalions.

Ukraine is becoming tired of the military conflict and this leads to internal disagreements. Of course, Kiev cannot withdraw weapons earlier than separatists, whereas the latter close the eyes to any disagreements. They receive resources from Russia (both technical and human) and are ready to continue fights and expand the controlled area. But Russia has distanced itself from separatists; it keeps repeating that „it is not a party to the conflict“ and that Minsk agreements have nothing to do with Russia.

It seems that Kiev realises that Minsk agreements are ineffective. For instance, the promise of constitutional reform embedded in the agreement might not be realised for this is an exceptional right of the parliament, and President Poroshenko‘s block in the Supreme Rada has no constitutional majority. Thus, it could be concluded that both, Russia and Ukraine didn‘t actually consider this agreement as a serious document.

Efforts are still made to implement several paragraphs of the 2nd Minsk Agreement: the exchange of prisoners has already taken place; efforts are also made to realise the paragraph on the withdrawal of heavy weapons

Poroshenko‘s statement that Ukraine will ask the UN and EU to deploy peacekeepers in the conflict zone could accelerate implementation actions. Reaction of Russia and the unrecognised Donetsk People‘s Republic (DPR) and Luhansk People‘s Republic (LPR) to the above proposal was fierce. Moscow‘s argument against the peacekeepers‘ idea was that such a mission was not stipulated in the Minsk Agreement, whereas DPR and LPR informed that they will manage to fulfil all obligations and that there is no need to send peacekeepers to the conflict zone.

By inviting peacekeepers Kiev demonstrates that it keeps the promise to resolve conflicts peacefully (Europe must be impressed), whereas confrontation of Russia and separatists shows who is interested to retain the conflict. Besides, pursuant to the Minsk Agreement, Ukraine would be allowed to take over control of the border with Russia in the conflict zone only after elections in the separatist territories and after regulation of the political conflict, i.e. late or never. Introduction of peacekeepers and the agreement that they should also protect the border would stop supply flows from Russia to the separatist force or at least help to collect evidence on this supply.

But Eastern Ukraine’s conflict cannot be resolved without raising awareness (first of all in Western world) of the real situation.

The absence of this awareness is evidenced in the Minsk Agreement which is based on the assumption that situation could be settled by awakening Moscow‘s common sense. But actual situation is different: Moscow initiated cold war with its hot manifestation in the Eastern Ukraine. This idea should serve as solid basis for a new strategy of the Western world.

Another hot issue is Ukraine‘s future. There are several possibilities: the first is to define the Western world’s border along the existing EU and NATO frontier, and to „sacrifice“ Kiev to Moscow by leaving Ukraine in Russia‘s zone of influence hoping that the Kremlin will not take the next step.

Another strategy is to fully support Ukraine, maybe even fulfil the commitments stipulated in the nearly forgotten Budapest Memorandum, and supply lethal weapons etc. For Western Europe this is a very difficult psychological step, because this would mean open confrontation with Russia; and Europe is still trying to avoid direct conflicts with Russian Federation.