Opinion: More than meets the eye or the case against a ‘frozen conflict’ in East Ukraine

(1)
Lukas Trakimavičius
Currently it seems that the on-going Ukrainian–Russian conflict in the East of Ukraine is drawing to a possible end. However, it looks as if a newly minted ‘frozen conflict’ zone is poised to appear on the world map. While the end of active fighting might seem as a positive development, a ‘frozen conflict’ might actually pose even greater threats to international security. 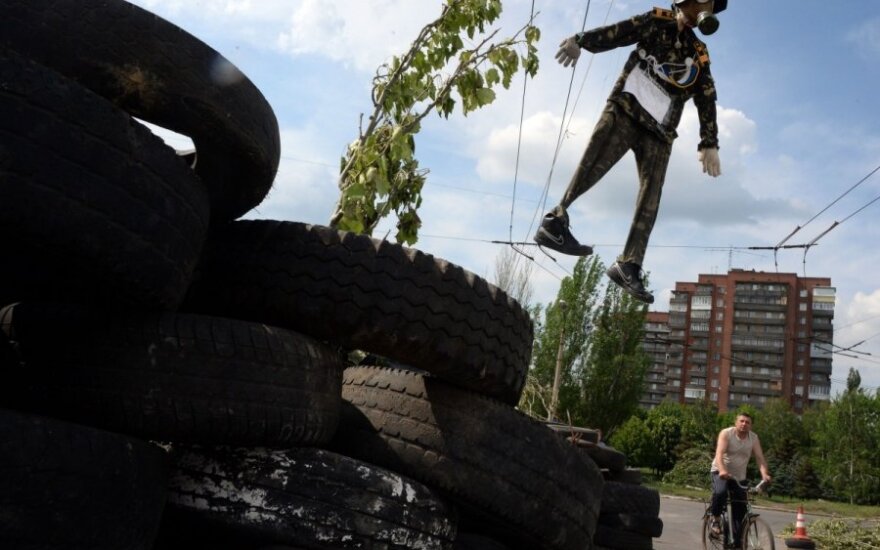 In spite of the fierce fighting in the Donbass region, elections were held on 2 November by the Donetsk and Luhansk People’s Republics. Although they have been dismissed as illegal by an overwhelming majority of states, they were supported by the Russian Federation, which recognized the chief executive and parliamentary elections as legitimate. Also, despite international pressure earlier this year, these statelets have merged into the so called Union of People’s Republics also known as the Federal State of Novorossiya. Though it would probably be premature to suggest that a ‘frozen conflict’ has been already established in the Donbass region and call it a fait accompli, the evidence suggests that time is running out both for Kiev and other European governments.

The reason why this is so alarming is based on the simple fact that as recent history has shown us, ‘frozen conflicts’ are in fact everything but timid places. In particular, a brief glance at South Ossetia, Abkhazia and Transnistria – a quasi-mini-state carved out of Moldova in 1991 – suggests that ‘frozen conflicts‘ become de facto ‘economic black holes’ alternatively known as safe havens for various forms of illicit activities and international crime, and it would be naïve to think that the Federal State of Novorossiya would become anything different. Hence, by looking at the situation in the aforementioned quasi-states, I will present 3 points, which will illustrate what we could expect if a ‘frozen conflict’ ought to materialize in the East of Ukraine.

The first and arguably the greatest concern lies at the very realistic possibility of the Federal State of Novorossiya due to the current heavy militarization of the region, following the footsteps of Transnistria and becoming one of the key exporters of illegal arms not only to criminal, but also to terrorist organizations across the globe. For example, the breakaway state of Transnistria is possibly one of the most armed places in Europe as it is awash with abandoned military equipment and, according to OSCE, it holds possibly one of the largest ammunition and weapons depots in the whole of Europe totalling to an estimate of 20,000 tons of Soviet-era weaponry. However, the problem with the incredible amounts of military equipment does not stem from the fact that it is a relic from a bygone era, but rather because quasi-states lack transparent governments which could oversee its storage and protection. This in turn creates an ideal environment for arms trafficking in the black market. Ergo, it is hardly surprising that Transnistrian arms have not only found their way to various organized crime groups in Europe, but also have been traced to terrorist groups in the Middle East. Ironically, Russian Soviet-era weaponry from Transnistria was also used by the Chechen militias against Russian soldiers during the First Chechen war.

The second reason rendering a rather gloomy future picture for the Federation of Novorossiya is based on the possibility of nuclear proliferation and nuclear terrorism. This is particularly worrisome, because all three quasi-states of Abkhazia, South Ossetia and Transnistria share an extensive history of radioactive materials trade. For instance, in 2012 the Georgian police have arrested a man carrying 36 vials with Cesium-135 and later that year it stopped a group of smugglers from Abkhazia carrying three glass containers with around 1kg of yellowcake Uranium. To illustrate the proliferation of these phenomena, it is worth noting that in 2011, while addressing the UN Conference on Disarmament, Georgian Foreign Minister Gregory Vashadze stated that at least eight nuclear smuggling attempts had occurred in Abkhazia and South Ossetia. Although admittedly most of the materials on the black market are unlikely to be used for a nuclear explosion, they might suffice for the production of so-called ‘dirty bombs’ and, if used in urbanized areas, could cause unprecedented havoc and chaos.

Possibly the most alarming incident involving radioactive materials occurred in Transnistria, when in 2011 the Moldovan police arrested a group of smugglers trying to sell at least a kilo of Uranium-235 to undercover officers. Unlike most radioactive isotopes on the back market, which at best can be manufactured for ‘dirty bombs‘, Uranium-235 is a highly enriched weapons-grade isotope with the potential to be manufactured into an actual nuclear bomb. Ergo, provided the Federation of Novorossiya became another ‘frozen conflict’ zone, one could easily imagine that it could successfully join the ranks of Abkhazia and South Ossetia and Transnistria in aiding nuclear proliferation.

The last but definitively not the least worrisome trend which might develop in the Federation of Novorossiya is the rapid spread of criminal activities. Given the fact that the Donbass region has been greatly devastated by the Ukrainian-Russian conflict, unemployment is soaring and it is under control by a virtually non-functioning state mechanism, it is very likely that that more people will turn to crime. This is because the potential wealth gained from the black market could outweigh the risks usually associated with illicit trade as it was the case with Abkhazia and South Ossetia and Transnistria. Although admittedly it is notoriously difficult if not completely impossible to estimate the scope of various illicit activities in the aforementioned ‘frozen conflicts’ due to the simple fact that no government can provide detailed and credible information, it is widely agreed by such national bodies as the US Department of State and international organizations as the European Parliament, OSCE and Interpol that these are to a great extent entrepôts for alcohol and tobacco contraband, money laundering, drugs trafficking, illegal organ trade, human trafficking and sex slavery.

In the end, it is clear that the stakes are high and that not only the Ukrainian but also European governments should not allow a ‘frozen conflict’ to consolidate in the Donbass region. The motivation for this should not be mistaken for mere idealism or any kind of geopolitical considerations, but rather sheer pragmatism. Hardly anyone could deny the fact that a safe haven for illegal arms trade, nuclear smuggling and a wide array of other criminal activities would be greatly menacing, especially bearing in mind that it would be located just over 600 kilometres from Kiev, over a thousand kilometres from Vilnius and slightly over 1700 kilometres from Berlin.