Kęstutis Girnius,
BNS
aA
One cannot choose one's neighbours. We have been assigned ours by history and geography. Lithuania has not been dealt a good hand. Although historic threats from Germany have retreated, Russia remains a dangerous neighbour. Lithuania will be vulnerable until Russia undergoes a radical transformation. 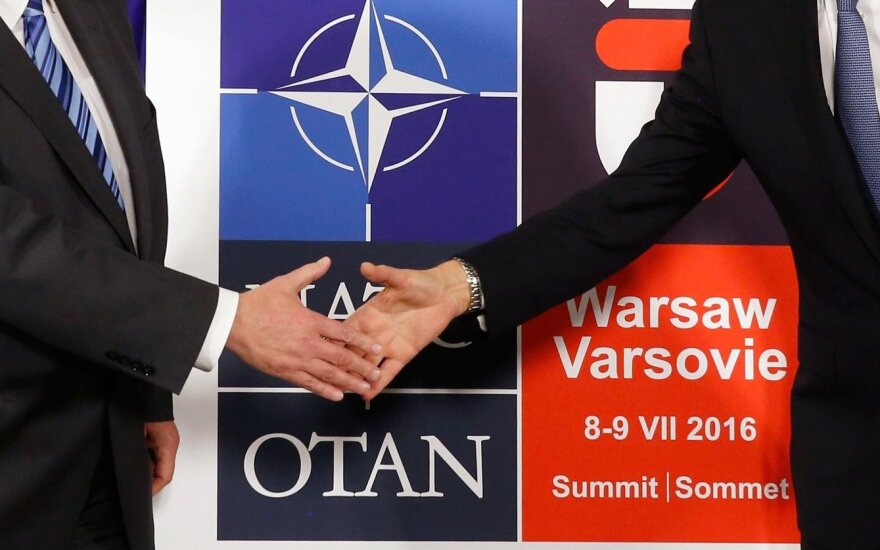 After the fall of the Soviet Union, there was hope that Russia would embrace Western values and accept American domination in the international arena. Defence of the Baltic states was not of primary importance, as many assumed that their membership in NATO alone would drive away any potential aggressor.

The occupation of Crimea has smashed all hopes that Russia is willing to respect international norms and commitments. Everyone realized the need to take more tangible measures to defend the Baltic States or, more precisely, to show determination to do so.

On Wednesday, NATO defence ministers endorsed plans to raise the Alliance's military profile in Eastern Europe by deploying additional forces and equipment. The decision is a milestone, because the measures are for the first time written into NATO documents.

The Alliance's Secretary General Jens Stoltenberg says it represents a clear message that NATO will give a united response to any act of aggression against an ally. More details should be worked out before NATO's summit in Warsaw this July.

And there are details to discuss, as the Baltic states and Poland want permanent bases in their territories, while Western allies would prefer rotational forces. 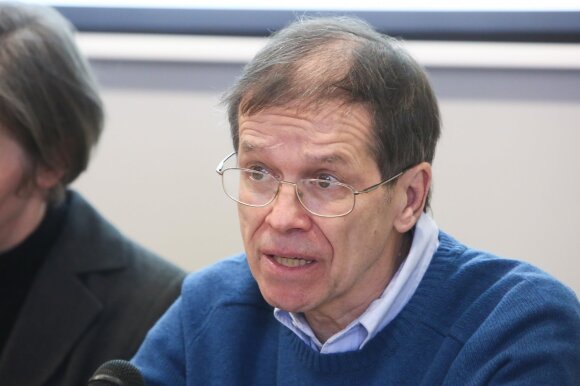 A recent study by Rand Corporation, a US think tank, that was widely discussed in the Baltic States, concluded that NATO could not hold back against a sudden Russian invasion into the Baltics. Russia could be deterred, however, by three armoured combat brigades stationed in the Baltic states and other measures, it said. Keeping the brigades would cost almost $3 billion.

Lithuania's Defence Minister Juozas Olekas has welcomed the Rand report, saying it is "a good warning" for the allies. However, the report and its conclusions were not met with universal acclaim.

Former US air force Colonel Sam Gardner noted that the Baltic states' vulnerability was hardly news and that the report contained no new or significant insights. Rand wasted the army's money, he said, and several well-informed experts could come up with a better report after a two-day seminar.

I am not a military expert, but I am sceptical about the study, since it does not take into account the nuclear factor and just assumes that Russia would not be deterred by NATO's nuclear arsenal.

One should welcome NATO's decisions as well as US plans for a four-fold increase in defence spending in Europe. It would be even better if European countries realized they have to take charge of their security and stop abusing Washington's good will by cutting their defence budgets.

Even if NATO endorsed the most extensive plans for Eastern Europe and deployed permanent forces, Lithuania would still remain vulnerable. Russia's land forces have a massive advantage in terms of troops and military equipment and would easily overwhelm Lithuania's efforts.

During the Cold War, Western Europe felt vulnerable and anxious that its forces could not properly defend themselves from an offensive by the Warsaw Pact bloc. The US nuclear shield - commitment to defend them with nuclear weapons - was what guaranteed Western European countries' security.

British Prime Minister Margaret Thatcher would regularly tell the US president about covert dangers. Giving up nuclear weapons would not make Western Europe more secure, she'd say, but less so, since there would be nothing to counterbalance the Soviet Union's advantage in conventional terms. An influential State Department official only half-joked when she said that suddenly many people "started loving the bomb".

Russia will be deterred by overall American military power, not new deployments of troops and equipment. The new divisions are meant to serve a different purpose, in part as a symbol, in part as a guarantee of a response.

No one believed that several thousand US troops in Cold War Berlin could hold back against an invasion by the Eastern Bloc. Their role was to be triggers. Some of them would be killed, if Berlin were attacked, and the US would be forced to react to the killing of American soldiers. When on the eve of World War One London asked Paris how many soldiers it should send to France, Marshal Ferdinand Foch said, only one and then the French would make sure he be killed, forcing Britain to join the war. NATO troops in Eastern Europe serve the same function - as a guarantee that aggression against the Baltic states would also be aggression against the US.

Although Lithuania is vulnerable, it is safe and will remain so. NATO's military supremacy is evident and Lithuania is part of NATO. Russia has but one ace up its sleeve, more tactical nuclear weapons. But Moscow understands that once it uses the bomb, however small, further escalation will be inevitable.

Russia is already waging war on two fronts and even Vladimir Putin must realize that opening up a third one would be too much to bear. The conflicts in Syria and Ukraine will end eventually, freeing Russia's hands in the long run. But NATO has been deterring Russia, and the even more powerful Soviet Union, for 65 years and there is no reason to believe that will change.

On the other hand, Lithuania must not forget its vulnerability and the need to take care of its security. We cannot insist, as President Dalia Grybauskaitė once did, that we do not have specific obligations to our NATO allies to spend adequately on defence.

Kęstutis Girnius is associate professor at the Institute of International Relations and Politcal Science of Vilnius University.

Defence ministers of NATO countries on Wednesday endorsed plans to step up the Alliance's military...

Back to the future: 1,000-strong NATO battalions for Lithuania, Baltic States

One thousand-strong battalions of NATO troops could be stationed permanently in Lithuania and each...

US President Barack Obama is planning to substantially increase the deployment of heavy weapons and...