Vladimiras Laučius
aA
They say that a so-called information war is raging and that we're in it. A war is a war - there are friends and enemies, military action, military logic and discipline. 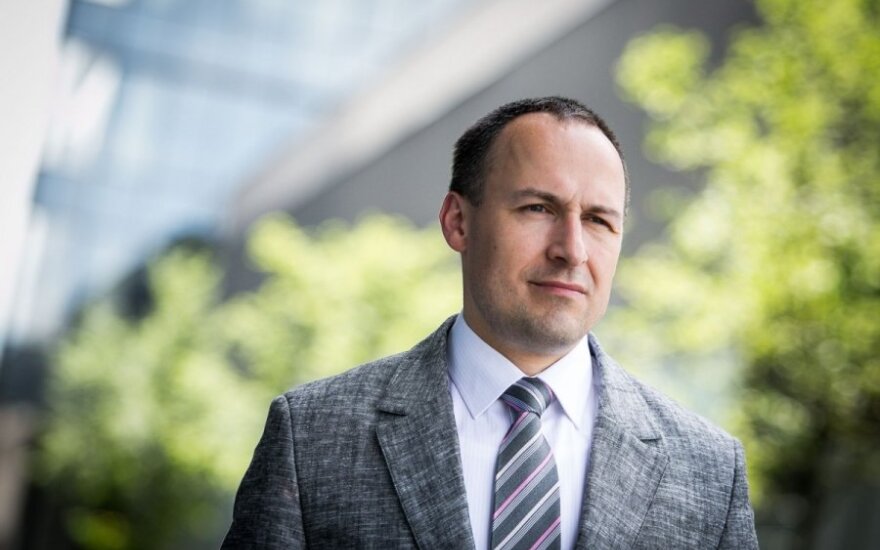 However, the term "information war" contains an intrinsic contradiction and what it designates is closer to the Kremlin's actions than the Western response to them.

Does the fact of this war having to do with information imply that the warring parties are or should be the media? It is often assumed this to be the case. At the same time, however, we hold that information media should be impartial. How can this impartiality be reconciled with the friends-enemies divide? And with active actions that need to be taken?

The media is held to the standard of "giving both sides". It should therefore provide equal platforms to both friends and enemies. In war, however, one is supposed to support friends and attack enemies. Nothing to do with hearing "both sides". How to deal with this contradiction?

On the one hand, there are those who insist that friends inform, while what the enemy does is propaganda. Information, they say, is based on facts, while propaganda goes against these facts.

However, propaganda does not have to and sometimes doesn't contradict the facts. One should not confuse propaganda with lies. Moreover, its proper realm is interpretation and judgement, a place where naked factuality is not enough. Politics is not physics.

Information warriors, accused of being propagandists, can calmly respond that their accusers themselves sink into propaganda. If we say that they distort reality, they will retort that everyone sees reality differently. And then they'll add that if we want to make the entire world see things our way, then we are the aggressors in this information war. There's little to be gained from this argument about which side is engaging in propaganda - we'll only sink deeper into the tone of demagoguery set by our enemy.

Today, even the qualification that principles of impartiality and "hearing both sides" can be suspended in face of evil would not work. Too late, guys, we've gone too far. Relativism espoused by Western societies has consolidated and perfected the Machiavellian and Hobbesian modernity project that assumes good and evil to be but a matter of taste.

On the other hand, we could try to solve the "hearing both sides" vs. information war dilemma by contrasting information to disinformation rather than propaganda. In short, we are informing, you are lying.

There needs to be proof presented that one of the sides in this conflict is using disinformation. But who is up for this enormous task - to monitor and analyse the enemy's (dis)information and propaganda flows, to collect and persuasively present all the lies? This is a task for experts outside the media, as it exceeds the capabilities and competences of the media.

This is the purview of sovereign states. In turn, issues between states - propaganda, intelligence, cold or hot war - are a matter of politics, not (or not only) media. To call all this information war is, at the very least, inaccurate, because it implies that media outlets perform functions imposed on them by the state and hides the true essence of the war, which is political.

In this respect, the notion of "information war" is more apt in cases of states that are in total control of media in their countries, like Russia, and use them as weapons in cold or hot wars they wage.

As the principle of impartiality and "hearing both sides" clashes against the one of friends-enemies divide, some try to defend the notion of "information war" by noting that media broadcast not just news, but also opinions. Opinions, this line of argument implies, are subjective; what we think is different from what others think, so let's war with our convictions and points of view, let's convince and win over audiences with our militant eloquence.

This reasoning, unfortunately, fails to justify the use of "information war" term and, moreover, turns political analysts - for whom truth should be above all else - into verbose political warriors who care only about hitting their enemies as hard as possible. Some public analysts sport this kind of military uniform with pride; some even feel they are great warriors able to defeat minions of darkness just with their lofty words.

No one can tell them they should not feel so or express their thoughts (or, rather, emotions) publicly. However, putting the genre of opinion pieces into the shining armour of political warfare does not so much arm the state as disarms the genre. Seeking truth and seeking victory for one's own side are two different things and two unequal approaches.

Yes, they can point in the same direction. We believe that today in Lithuania and the West they coincide. But this desire to put political analysts into military uniforms and arm them with various mantras is a dangerous thing. It perverts both the information war terminators, who start waving their guns in the public discourse, and their audiences. It gets thoughtful speakers addicted to the applause of militant crowds and thoughtful public to the role of a militant crowd.

Once, Stephen Douglas, political opponent of Abraham Lincoln, was met with long and enthusiastic applause from the audience. The speaker said: "My friends, silence will be more acceptable to me in the discussion of these questions than applause. I desire to address myself to your judgment, your understanding, and your consciences, and not to your passions or your enthusiasm."

These words by Douglas are the best advice one can give to those public tribunes who want to be heralds of information war, and to those in their audiences who feel they contribute to military action, although in fact just voice their "passions and enthusiasm". Our response to Russia's war should not be information war, because we are, unlike them, free. And in order to remain free, we must not let off information volleys at our enemies; national defence must not succumb to silly fashions of European pacifism; political analysis must not succumb to politics and politics must not bow down to economistic motto "doing business as usual".

A report published in German media on Sunday, saying that Berlin would not sell armoured Boxer...

The European Union will set up a special communications team to counter Russia 's propaganda...