Opinion: Is the West really about to betray Lithuania or Ukraine? 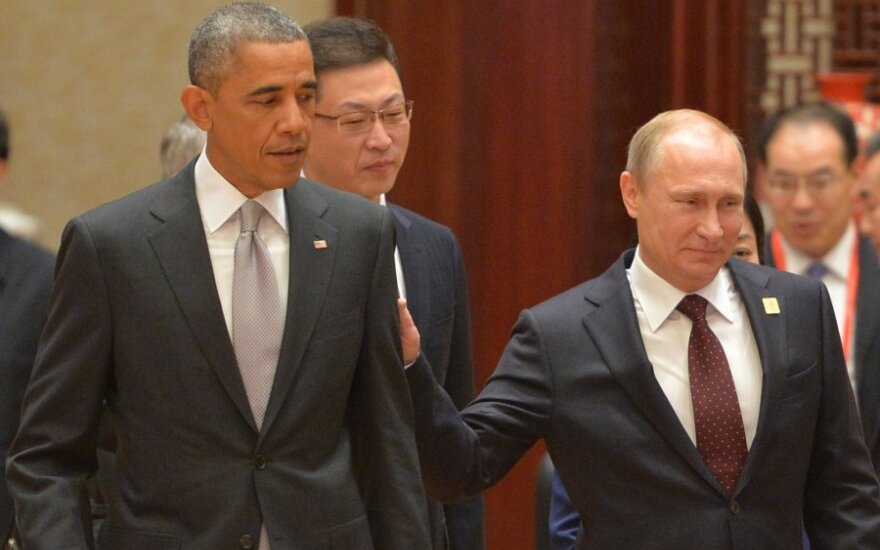 It has been unofficially reported that NATO refused a request from the Baltic states to deploy a military brigade in their territory. Responsible Lithuanian officers reacted reservedly to the cuts in the air policing mission. Minister of National Defence Juozas Olekas commented that the choice was made in order to rationally allocate funding and military resources.

Minister of Foreign Affairs Linas Linkevičius had a similar reaction: “It would be wrong to say that air policing will be executed less effectively or inadequately. On the contrary, everything is going according to plan.”

Such attitudes from our ministers are commendable, because there are still many in Lithuania who keep saying that the US and Western European countries are ready to pander to the Kremlin by compromising security in the Baltics. Almost any mild statement about Russia or meeting between high-ranking officers is seen as a step towards betrayal. And no actions or reassurances from NATO are able to calm these fears.

The decision to scale down the air policing mission in the Baltic countries is understandable. The choice to noticeably strengthen air policing in the Baltics last year was made not only because of security concerns, there were also two political goals behind the resolution. The first goal was to reassure the Baltic states by showing people that NATO is taking action to defend them. Second, a signal was sent to Russia. The move were meant to show that the Alliance would react to any and all challenges from the Kremlin. I’m not a military expert, but I think that eight fighter jets would have been enough last year. The current number of jets is unnecessary. 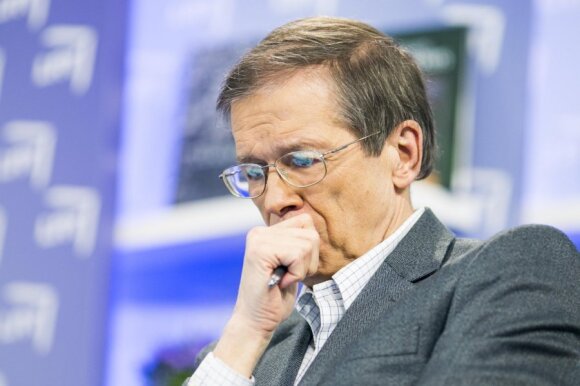 Danger for the Baltic states is abating and the conflict in Eastern Ukraine is calming down. Shootings are still heard in the region, and both soldiers and civilians die every day, but for half a year, the Russia-backed separatists have not organised an offensive of any larger scale, they have not invaded Mariupol and have not tried to carve out a land coridor to Crimea.

It’s August now and summer is coming to an end. Summer is the best time for military campaigns. The Kremlin is unpredictable, it might choose to attack in October, but that is very unlikely. Furthermore, Ukrainian soldiers are now more effective, the moment to easily obliterate them is gone.

NATO is most likely thinking that the situation is under control, no big surprises will happen in the future, and the attacks will only have limited regional significance: to further extend the separatist-controlled zone.

There are also financial calculations. Maintaining 16 fighter jets is more expensive than maintaining eight. Deploying the requested military brigades, which normally consist of two to three thousand troops, would require large sums of money, because these brigades would also need supporting personnel.

Every NATO country, with the exception of Germany, is struggling with budget deficits. Taking in refugees and migrants is a costly affair as well, hence the need to economize. And really much has already been done to ensure the safety of the Baltic nations. For some time now, rotational military companies are deployed in their territories. Intensive preparation to host heavy American arms, military technology and equipment, operations relating to improving the infrastructure of Lithuanian military (funded by the US) and finalised talks of establishing headquarters are some of the things meant to ensure safety in the region. The extent and number of military exercises has also been increased in the Baltic countries. Lithuania is safer now.

There are always going to be Cassandras saying that the West is about to betray Lithuania. And they will always find things to point out backing their statements.

Some Lithuanian officials have shown their distrust of the US and especially of President Barack Obama numerous times. President Dalia Grybauskaitė decided not to go to a meeting with Obama in Prague because she feared that he would announce an initiative damaging to Lithuania's interests and that her presence would be interpreted as endorsement.

After that, Lithuania was afraid that during negotiations over missile defence systems, the security of the Baltic states would be entrusted to Russia. Whispers from Lithuanian diplomats produced an article in the press, alleging that America, in a bid to sell a reduction of conventional arms treaty to Russia, agreed to leave the Baltic states demilitarized, as a "sensitive zone", while Russia would withdraw troops from Kaliningrad. The article claimed that as President Obama was losing popularity, his team was desperately looking for a foreign policy success and an agreement with Russia might be just that. These fears were groundless and only demonstrated naive incomprehension of US politics.

Communications between American and Russian officials are intensifying at the moment. President Obama thanked Vladimir Putin for his role in negotiations with Iran on the country’s nuclear programme. Both leaders have expressed willingness to cooperate on deescalating tensions in the region, especially Syria.

Obama also commended Russia’s role in an interview to the New York Times. On May 12, Secretary of State John Kerry spent more than four hours speaking with Putin.

In May, Victoria Nuland, Assistant Secretary of State for European and Eurasian Affairs, met with Deputy Minister of Foreign Affairs of Russia Grigory Karasin, who later said that the conversation was "constructive". In July, Nuland travelled to Kiev on the same day as Ukraine was voting on constitutional amendments to grant special status to Donetsk and Luhansk. There were speculations that there might have been an agreement behind Kiev's back.

If President Obama had tried to betray the Baltic countries and Ukraine, every single republican would have revolted and the president would be fiercely criticized by some in his own party. Right now Obama is eager to win Congress approval for his agreement with Iran. He has announced serious initiatives to legalize immigrants and to fight global warming. He wouldn’t bet his limited political capital in order to cater to President Putin, especially since he knows that his efforts would be fruitless against Congress's opposition.

On the other hand, tensions with the Kremlin is not beneficial to the US. In order to solve various global problems, not just in Iran or Syria, Russia’s help is necessary. At the very least, it is crucial to ensure that Moscow would not interfere with diplomatic initiatives of the West.

At some point, Putin will have to be persuaded to withdraw his support for separatists and cut down on military presence near the border with Ukraine, because without such normalization, Ukraine will have trouble stand up, to concentrate on reforming its economy, fighting corruption and not becoming a failed state. Clearly enough, this goal will not be pursued at any cost.

President Putin is also looking for a way out. Russia’s economic downturn will continue, which will put a dent in his popularity. Who knows if all the parties agree on a compromise - but we won't know that if there's no contact. But I am pretty sure that the compromise will not be reached during Obama's presidency. Someone else will be the "betrayer".