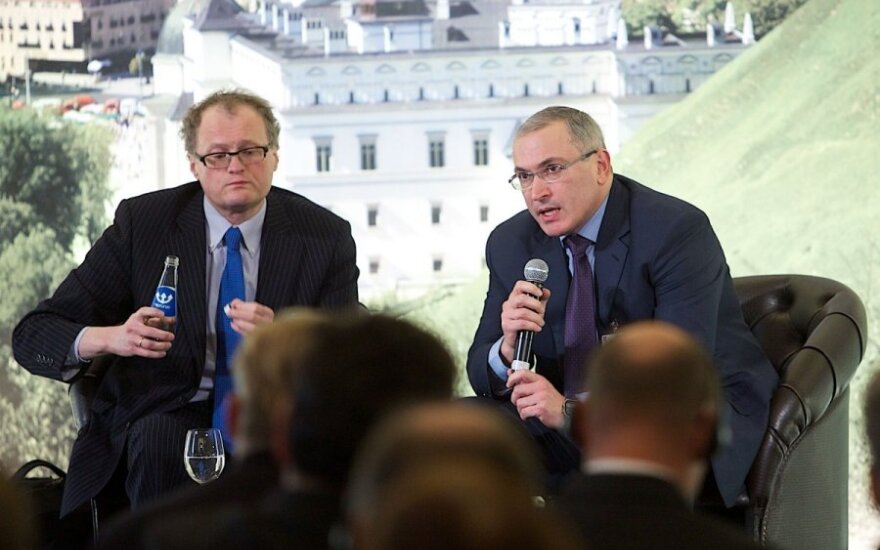 The star of the event was Vitali Klitschko, who was walking around peacock-like and talking in basic-level English. In his shadow stood former foreign minister, oligarch Petro Poroshenko and Arseniy Yatsenyuk, who was covering for imprisoned Yulia Tymoshenko at the helm of her "Fatherland" party. Today, Klitschko is the mayor of Kiev, Yatsenyuk serves as Ukraine's prime minister, while Poroshenko is the president.

Simultaneously, at the other end of Gedimino Avenue, an EU summit held in the Grand Dukes Palace was focusing on last-ditch efforts to talk Ukraine's then President Viktor Yanukovych into signing the Ukraine-EU Association Agreement that had been seven years in the writing. Today, Yanukovych is hiding in Russia, while the agreement was eventually signed by Poroshenko, although its implementation has been suspended for a year.

The man whose hands Putin thought covered in blood

At that time Mikhail Khodorkovsky was spending his days in prison and Russia's Prime Minister Dmitry Medvedev had just stated there was not a chance in hell the celebrity prisoner might be pardoned. President Vladimir Putin had publicly and graphically described how Khodorkovsky's arms were covered up to elbows in blood, and a group of specialists were working on materials for a third trial which would have kept Khodorkovsky behind bars for years after his previous sentence had ended.

This January, the Vilnius-based Eastern Europe Studies Centre organized another big two-day international event for experts, politicians and intellectuals. The centrepiece of the second day of the conference was an address by none other than Mikhail Khodorkovsky. He was introduced by liberal Lithuanian thinker Leonidas Donskis who had taken great interest in supporting the prisoner during his term as a member of the European Parliament and had even received Khodorkovsky's thank-you letter from prison. The prisoner had written he was touched by Donskis' belief that he was fated for an important role in the history and politics of Russia.

After the event last Friday, Donskis posted comments on Facebook, saying how difficult the experience was both for himself and Mikhail. I get why it was tough for Mikhail, as I was in the room as well; Leonidas, meanwhile, must have struggled to form an unambiguous opinion about what his protégé was saying, which contradicted the truth as well as liberal ideals that Professor Donskis holds dear.

Just like the Vilnius Summit of 28 November 2013 called Yanukovych's bluff and revealed his true intentions, the discussion on 16 January 2015, "Russia and the West: Reality and Perspectives", threw light on Khodorkovsky's fundamental beliefs. Several of the attendees at the event later confessed they heard what they had not expected to hear from Khodorkovsky.

In fact, the image of celebrity prisoner often overshadows the man himself. Khodorkovsky had said the same things in other auditoriums, but the international audience in Vilnius was special and his words sunk into it like a litmus test. Should we perhaps speak of a Vilnius syndrome, something that makes opaque masks to somehow fall off in this city? First Yanukovych, now Khodorkovsky... On second thought, however, let's keep this observation to ourselves, because many a politician might start avoiding Vilnius. 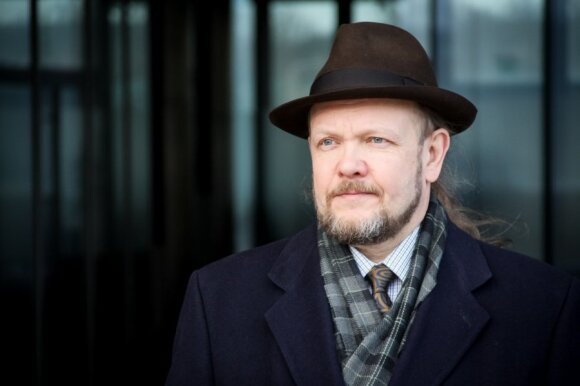 Some time ago, Andrey Illarionov published a set of questions for Khodorkovsky in the press, asking him to give his replies so that everyone knew if he was indeed a democracy advocate or rather an authoritarian disguised as liberal and martyr. The addressee would not answer the questions, even though he knew who was addressing him. Between 2000 and 2005 Illrionov served as President Putin's adviser on economy and his spokesman in G8. He resigned over policy disagreements and spoke out against the obliteration of Yukos [Khodorkovsky's oil empire that was seized by the Kremlin's friends after his arrest] and testified in Khodorkovsky's favour in court.

I was sitting next to him in the Merchants' Guild hall and saw how Illarionov was making notes on a piece of paper during Khodorkovsky's speech. We exchanged surprised glances several times. The speaker referred to Russia's aggression in Ukraine as the "Ukraine crisis", echoing Russian Foreign Minister Sergey Lavrov's vocabulary. He alternated that phrase with the term "Ukrainian adventure" - as if shelling, destruction and killing of people were just some Baron Münchhausen's outing.