Levan Avalishvili
aA
By one of its definitions, hybrid war involves classical military actions as well as undermining activities, energy, economic and finance warfare and, most importantly, information warfare. This is the kind of hybrid war that Russian Federation is waging against Ukraine. However, in one of his articles, the Russian expert, Andrey Ilarionov mentioned, that rather from being just a conflict between two countries, the war between Russia and Ukraine is a full-scale confrontation between the West and Russia. Unfortunately, Georgia found itself on the front line of this fierce confrontation between civilizations and has hence become one of the hotspots of information warfare. 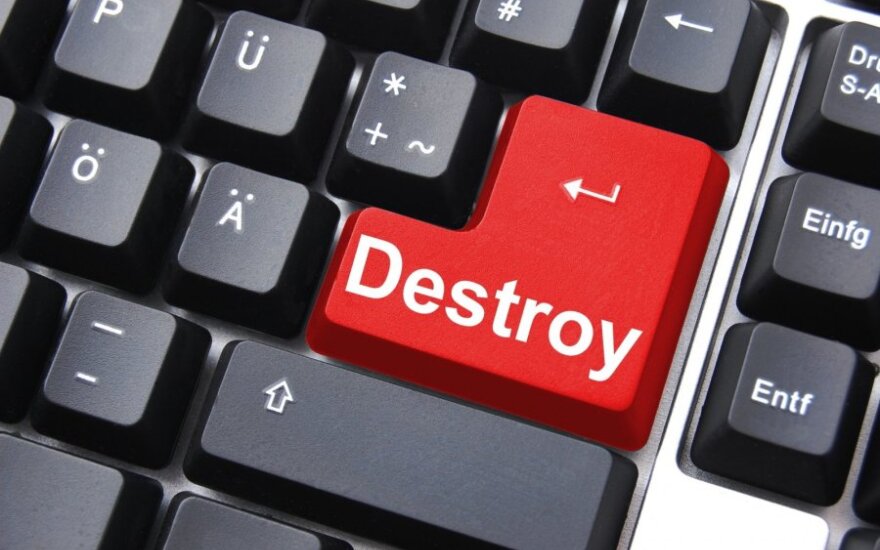 In 2014, at the NATO Summit in Wales, the General Philip Breedlove referred to Russian annexation of the Crimea calling it “the most amazing information warfare blitzkrieg we have seen in the history of information warfare.” Indeed, apparently the democratic world was not prepared to confront the information warfare that the Russian Federation is waging in various directions and with different strategies: open information warfare against Ukraine; political manipulations and black propaganda to control the sentiments of Russian citizens as well as broadly Russian-speaking population; psychological operations against its neighbors, including Georgia; and active political propaganda on international level. All of this creates serious asymmetrical threats in terms of ruining the international security system and changing the existing geopolitical balance.

Moscow spends millions of dollars on maintaining its information policies. According to the latest studies, Russia Today is one of the most watched TV channels in the Great Britain. It is unknown how successful is the Kremlin’s foreign-policy propaganda in Latin-American and Arabic states; but presumably the Russian narrative plays a meaningful role in strengthening anti-Western perceptions in these regions. The former-Soviet countries are under special threat: an Estonian expert, Raul Rebane reckons, that the Russian speaking population of the Baltic States lives in a completely different reality, created by the Russian media; according to recent studies, the majority of the Bulgarian population relies on the informational context suggested by Russian official channels in terms of Ukraine crisis. Other post-Soviet countries (Kazakhstan, Moldova, Kyrgyzstan) are also under information attack by Russia (which often involves blackmail with economic sanctions, open threat of military aggression and physiological operations). Since there have been no such sociological surveys on this topic and the TV measurement companies do not study coverage or rating of the Russian Federal TV channels, the situation in Georgia in this sense still is unknown. However, it is a fact that for the regions with settlements of ethnical minorities, the Georgian TV and print media still do not fulfill the role of main information source. The population of these regions receives information on international topics from the Russian media. Therefore there is a high probability that the Georgian ethnic minorities find themselves under the influence of Kremlin propaganda.

It is worth to mention, that the revival of Moscow’s propaganda machine began after August War of 2008. While in 2005 the annual budget of “Russia Today” was 30 million US dollars, in 2009 it raised to 300 million US dollars. This happened partly because of the successful information supporting campaign for the August War. The methods used by Russia during the war were rather primitive, but approved for many years, during Soviet era. For example, tell as many lies as possible, spread as much unverified information as possible, try to affect people’s emotions and not their minds and later, when the truth finally comes out, the objects of the influence will still have something left in their perceptions from the false information that you have spread on purpose. A good example of successful information campaign during the August War is the false number of civil victims spread the next day after the war started. The information on 2000 civilians killed in Tskhinvali was reported every day in all Russian news channels, including the English-language “Russia Today”. Besides that, in order to solve foreign policy problems, this myth was used to accuse Georgia in genocide in Ossetia and to justify subsequent military and political actions (interestingly, even the “investigation” conducted by the Russian side has proved, that the number of victims was at least ten times less than previously reported, and the majority of those killed belonged to military forces and not to civil population).

For emotional influence on the local as well as international society, Russia used a tactic of spreading preconceived clichés. One of such actions was spreading information about ”bombing the sleeping town.’” In this propaganda cliché the main stress is made on sleeping town: hearing this information, unconscious audience becomes compassionate to the people, who were bombed in a “peaceful town.” Another cliché against Georgia was an invented name of operation ”empty field” (“чистое поле”), which should have underlined the inhuman and criminal character of Georgian military operations. While the Soviet Union used the term ”international solidarity” to justify interventions in foreign countries, now, considering the modern reality, they used the term ‘”operations for forcing the peace”. The real information warfare was waged in internet both in terms of cyber operations, and forming society opinion. Generally, the information support of the military intervention in the neighbor country played an important role in legitimizing aggressive Russian foreign policy (unfortunately this was the case in a part of Georgian population too). The fact significantly weakened international positions of Georgia. On this successful background, Moscow reformed its information capabilities and has created absolutely new challenges for international society.

The open Russian propaganda presents only one side of the problem. The clandestine information operations can be even more dangerous. For example, in Georgia, the Russian ‘soft power’ activated in other directions too: while in the post-war period the open anti-Western discourse caused automatic marginalization of politicians or organizations, nowadays such public statements do not cause an acute negative reaction from society. Under the veil of political pluralism and democratic principles, they use different political parties and organizations to spread a myth about the danger of liberalism to the traditional system of Georgian values; they promote nihilism towards perspectives of Georgian Euro-Atlantic integration; the idea from the 90s, about giving Georgia the neutrality status, has been revived; on the background of improved economic relations between Russia and Georgia, various financial groups and persons became active in supporting declared foreign policy interests of Russia. It is clear, that Georgia has no perspective in Pro-Russian and Eurasian Union integration process, while its territories are occupied. This was proved by recent sociological surveys too. However, this must not be the main goal of Russia; supposedly, the main goal is to legitimate pro-Russian discourse in the Georgian society and to cultivate anti-Western sentiments in scope of expected economic problems.

Nowadays, Kremlin tries to manipulate with various approaches of the European countries towards Russia and create dissonance in coordination of the Western countries. Similar is the Russian strategy towards Georgia, where unfortunately, they have much wider area of fomenting the split and bringing in the dissension of the society. At the same time, unlike the Western countries, Georgia has corresponding effective legal instruments (“Law on Occupied Territories of Georgia” and “Charter of Freedom”), which, based on information threats, need further amendments. For example, stricter control of financial flows from Russia; equalization of current Russian propaganda to communist ideology for prevention measures etc. However, in order for this to happen, the political will and evaluation of risks are inevitable. Unfortunately, the questions are raised here: it is unknown how the current government evaluates the threats of Russian ‘soft power’ to the national security of Georgia.

We must not forget our historical past and experience too. In 1920, according to the secret paragraph of cooperation agreement between Georgian Democratic Republic and the Soviet Russia, the Georgian side took obligation not to suspend activities of the Bolsheviks in Georgia. When the undermining actions of Bolsheviks became unbearable, Georgians had to restrict their activities, which was used as a justification of Soviet annexation of Georgia.