(1)
Ramūnas Bogdanas
aA
Much have been written in recent years about the broad information war front that Russia opened against the West. Since Lithuania is today, thankfully, part of the West, we get a fair share of the offensive. This is a war, however, without sizzling bullets, without exploding mines or thundering of bombs, so we carry on with our lives as usual, our home windows intact. 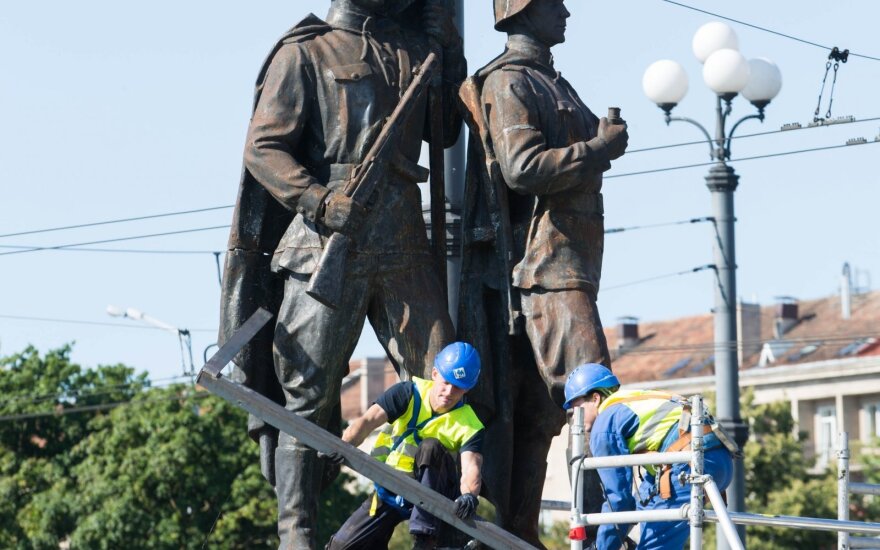 Destruction in information war is targeted at people's minds which, while physically intangible and odourless, determine their relation with the world of things. One can work on things in order to work on minds: demolished houses send a message that one must submit to the destroying force or do everything to stop the destruction.

By making a show of destroying food products, the Kremlin is trying to work into the Russian minds the idea that even Western food is evil, something that your government protects you from. Unfortunately, people's thinking does not always flow in the directions the authorities want.

I believe that Vladimir Putin and his entourage, overfed with power, failed to grasp what seeing crushed peaches and burning cheeses can mean to a nation that suffered from undernourishment over centuries, that has sublimated famine in besieged Leningrad into a heroic myth. Those with full stomachs will never feel for the hungry ones, as the saying goes, and by airing images of food being destroyed on almighty television, the Russian government very possibly launched an information attack on itself - it poked at the people's basic self-preservation instinct, to feed oneself, which is much powerful than all the patriotic slogans it is being fed with.

Most people, with little skill for thinking, understand the world through things rather than ideas. One of the aims of the Reformation was exactly this, to cleanse faith - which is an idea - of idols. Judaism and Islam still prohibit depictions of God in order to prevent his reification. Even today, however, many Christians think of the birth of Messiah as they did in the kindergarten - only through picturing dummies arranged in a nativity scene.

Since Russia is being run by people who are not thinkers, they invest much importance into various signs. A dog must lift a leg at every pole. People who carve out signs of their existence on monuments and park benches are little different from dogs. A state that launches a cyber war and riots against Estonia for moving a Bronze Soldier to a different site is one that operates on a dangerously low level of thinking.

In this regard, some people who said the Soviet statues should have been left on the Green Bridge in Vilnius exhibit more developed sense of the world, since for them several idols do not overwhelm the Independence we all live in. For many, however, the four groups of statues on each corner of the bridge bring back painful memories of occupation. They speak against idolization of evil and public display of symbols of a totalitarian state.

This is how these sculptures got there in the first place - as a way to stamp Stalinism on the capital of an occupied country; this is why the former mayor sought to preserve them, in order to ingratiate himself with pro-Kremlin voters; this is why the new mayor took them down.

The removal of the statues caused a stir in Russia: Moscow's embassy offered funds to keep them on the bridge, several Russian cities asked to give the statues to them. Why so much interest in works by Lithuanian sculptors? It can't be out of love for our art history.

One of the cities that took interest in the statues still bears the name of the defunct social experiment, Sovietsk, formerly Tilsit. What an impressive sight it would make: armed Soviet soldiers on a bridge over the Nemunas River, eyeing Lithuania through their binoculars; next to them, kulaked-out peasants symbolizing the bright future that the soldiers bring; workers servicing the war machine; and youth with their minds stuffed with foreign slogans. A monument for those who want the past back. Preferably with all its attributes, including Lithuania.