Opinion: I do not see urgent need to ban Russian TV programmes

(1)
Kęstutis Girnius
aA
There have been two positive developments in the so-called information war last week. On Friday, Vilnius Administrative Court rejected the request by the LRTK (Lithuanian Radio and Television Commission) to sanction a three-month licence suspension for Ren TV Baltic, a Russian TV channel, to broadcast programmes produced outside the EU. 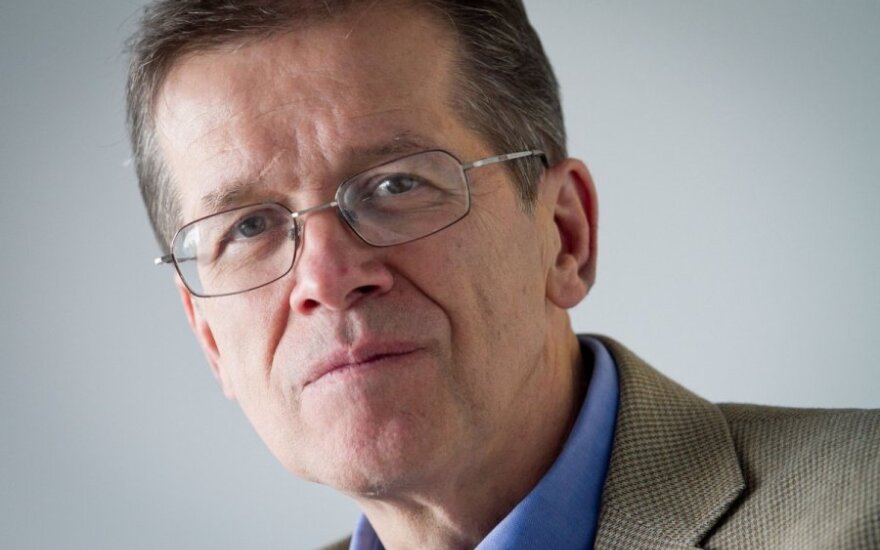 It turns out that Lithuanian courts still have a spine and can resist pressure from the government and the society. Another positive development is the initiative by Lithuania's Linas Linkevičius to have foreign ministers of four countries - Lithuania, the United Kingdom, Denmark and Estonia - call on the European Commission to draft an action plan for fighting Russia's propaganda campaign and providing "credible and competitive information alternatives". It is commendable that, to some extent, we are giving up the "ban and punish" mentality, so characteristic of Lithuanian politicians, and inclinations to limit free speech.

The ruling of the court is a victory for transparency and common sense. The judges were not satisfied with the LRTK arguments and they asked the media watchdog to point out exactly which phrases and statements amounted to incitement to hatred and war. Three previous similar decisions by the LRTK had been supported by the court without requests for further clarification. The LRTK spokesman commented that the commission would provide broader factual explanations to the court.

It will be interested to see how the LRTK will justify its conclusion that the Ren TV Baltic programmes in question contained incitement to war and hatred directed not just against Ukrainians and the legitimate government of Ukraine, but also "EU and NATO countries that support Ukraine's sovereignty and territorial integrity". As I have argued before, I struggle to think of who in Lithuania might be the addressees of this incitement and how that would practically work. In Ukraine, young men might be encouraged to join paramilitary separatist groups, ordinary citizens to donate money and otherwise support the separatists. Russian nationals might also be urged to go to Ukraine and fight against the country's legitimate government.

But who is to fight whom in Lithuania? Are Lithuania's Russian-speakers being told to attack Lithuania's Ukrainians, perhaps ethnic Lithuanians too - or vice versa? Are they being unequivocally called to join separatist squads? Similar doubts arise when it comes to the incitement to hatred argument. Russian media often call supporters of the Ukrainian government "fascists" (the pinnacle of evil in the Russian collective imagination), but Lithuanian media and politicians pay back by calling Russian officials "hitmen" and "terrorists" (the pinnacle of evil in the European collective imagination).

Smears are not incitement to hatred - or something illegal. When he said that Prime Minister Algirdas Butkevičius is "good, gentle and fluffy, but a liar, coward and advocate of legal nihilism", Viktor Uspaskich [MEP and former leader of Lithuania's Labour Party] is expressing his opinion, albeit one that many will think wrong and malicious and aimed at discrediting the prime minister. But he does not get accused of incitement to hatred, nor are media outlets that disseminate his statements threatened with lawsuits.

Freedom of speech can be restricted in cases of direct incitement to violence or when there is a real probability that voicing extreme opinions will cause violence. But there have so far been no such incidents. As far as I know, there is no evidence that local Russian-speakers, after watching Ren TV Baltic, are going to Ukraine to fight. Statements that separatists are great men who fight an illegitimate government or defend Russian-speakers' rights are merely opinions, albeit wrong and possibly malevolent.

In principle, one should not reject the possibility that Ren TV Baltic programmes aired on 19 November could have contained incitement to war and hatred. But the court cannot simply take the LRTK experts' word for it. The LRTK must prove how it was done, explain why it was more than expression of opinions and why freedom of speech does not apply here. In each case, the LRTK response to the court's request will allow everyone to better understand what they mean when they speak of incitement to war and hatred.

In her annual press conference, President Dalia Grybauskaitė said that the LRTK's move to restrict broadcast of two Russian TV channels over law violations was not censorship or restrictions on free speech. She said that censorship is only when it involves discriminatory laws or political instructions. In this case, she said, the decision was made by the LRTK without any external pressure. However, the president's argument is unconvincing. I am sure that censors at Glavlit [Soviet censorship body] often used their own discretion when banning publications, without instruction or direct pressure from the government. But it was censorship nonetheless. An organization itself might internalise government directives or subconsciously give in to dominant opinions in the society - and thus censor without orders from above. It is not important what organization and for what reasons forbids expressing opinions - what matters is that it has the power to do so and uses it.

We should not fight Putin with Putin's measures - censorship, bans, fines. Instead of trying to win over people's hearts by restricting information, we would fare better if we worked to improve the quantity and quality of available information, hoping that people themselves will be able to distinguish between truth and lies. I therefore applaud Minister Linkevičius and other EU foreign ministers for proposing an initiative that prefers objective and unbiased reporting as means to fight disinformation, not bans.

I do not think that the proposed measures will be effective or financially sound. Still, they are worth a try, because I see no pressing need to ban Russian programmes. So far Russia's massive efforts to influence Lithuanian and European attitudes have been unsuccessful. People in the EU - including Germany and Sweden - are viewing Russia in an increasingly negative light. It is hardly likely that the Kremlin's propaganda will be more successful in the future, because the narrowly chauvinistic world-view it proposes is alien to everyone save a few Russians.

Kęstutis Girnius is political scientist and lecturer at the Institute of International Relations and Political Science of Vilnius University.

Vilnius Regional Administrative Court on Friday rejected the request by Lithuania's Radio and...

Lithuania , Great Britain, Denmark and Estonia have turned to the European Commission with a...

The Radio and Television Commission of Lithuania (RTCL) on Wednesday decided to ask court to halt...

The Radio and Television Commission of Lithuania (RTCL) decided on Wednesday to demand that two...

Lithuania's President Dalia Grybauskaitė stated on Wednesday that a dialogue with Russia is...