Opinion: How to restrain the Russian Czar?

Vytautas Keršanskas
aA
While the war in Eastern Ukraine continues, no one can come up with an idea of how to restrain Russia, which responds to international norms cynically and does not want to hear the warnings of the global community. The current sanctions that Russia is subjected to have one main goal, which is to stop the conflict in Eastern Ukraine and force Moscow to stop supporting terrorists in that area. 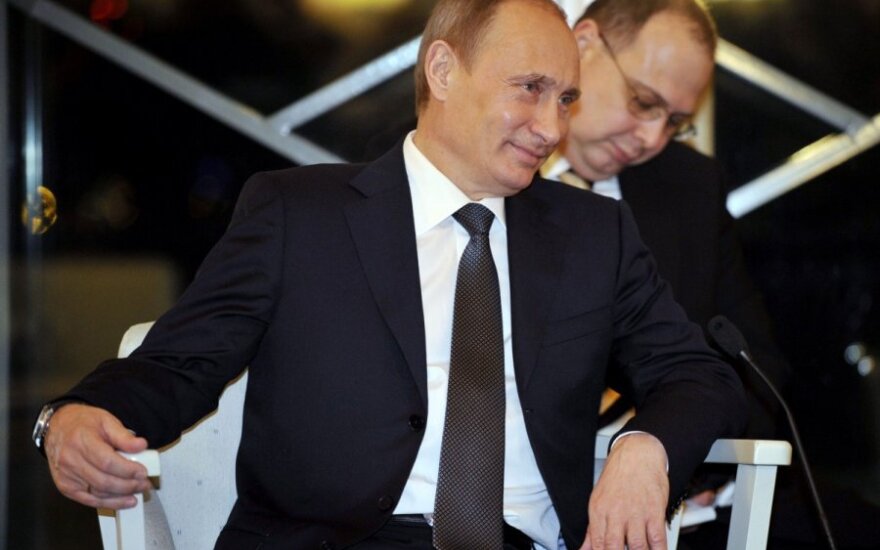 But is it really a goal? Or maybe the West, which does not have a clear, long-term strategy towards Russia during the period of tension and beyond, turn the attempts to make Russia a democratic country, which would be respectful of international norms and sovereignty of post-Soviet countries?

Furthermore, the West is untying President Vladimir Putin’s hands by not only having no clear long-term vision of relations to Russia, but also an action plan in the midst of a crisis.

Last week, when Putin declared a trade embargo for those countries that have adopted economic sanctions, the idea of the Maidan in Moscow came up. However, these facts answer how accurate is the scenario of the revolution from below.

First of all, the latest Levada Centre poll suggests that, currently, Putin supporters are in record numbers – 87 percent of all citizens. This is not only a successful result of Kremlin’s foreign policy, which allows nostalgic citizens to remember their Empire’s great aspirations, but also the result of a huge propaganda machine pumping false information into Russian’s heads.

Moreover, the advanced Russian propaganda have reached not only the internal audience, but even Western societies – this prevents the forming of a unified European position towards Russia. Europe’s historical and cultural experience makes the word “war” less and less used in the public discourse.

In the Europeans’ consciousness, the idea of the existence of war was replaced by freedom and prosperity. So, naturally, Putin’s decision to block imports is met as a negative factor for the prosperity, and it is best to eliminate it by sacrificing everything except one's own economic prosperity.

In addition to that, the Internet, which played an important role in the so-called Arab Spring and other uprisings in recent years, is being strictly limited. The Russian Duma passed a law that limits access to popular online websites and blogs.

Experts who are examining the Russian Internet market note that the Kremlin does not restrict only websites with gaming themes. In other words, it tries to prevent young people from any political action, which could become a snowball rolling down the hill and forming protests on massive scale.

So it is easy to understand that internal revolution in Russia is unlikely to happen. Even more – if we look at the history of the last centuries, we can assume that Russians are ready to sacrifice their wellbeing for ‘Mother Russia’, so in the context of today’s sanctions, they are more likely to tighten their belts even more rather than come out to the streets.

The real opportunity for alteration could be the changing balance of power in Russia's political and business elite. It is necessary to understand that Putin is not an entirely independent decision maker. Multiple interest groups and clans are working around him, and their support ensures his position as the country's leader.

These are the people in control of oil extraction and transport, the railway infrastructure, other industrial and business companies, the security services, and the military sector. Special Western intelligence services should analyse the current positioning of Putin’s political vertical, and apply their sanctions to those groups that could have an impact on the changes of political process.

It is an extremely difficult way, but it would work in the long run and would help to restrain the aggressive, revanchist political ways of the Kremlin. But the question, whether Putin’s successor will turn the new page of Western relationship, remains open.

Opinion: What can stop Russia? (1)

The sanctions of the West against Russia are followed by discussions about what effect they could...