Opinion: How Mikhail Khodorkovsky came to identify with Putin II

Ramūnas Bogdanas
aA
This January, the Vilnius-based Eastern Europe Studies Centre organized a big two-day international event for experts, politicians and intellectuals. The centrepiece of the second day of the conference was an address by Mikhail Khodorkovsky. 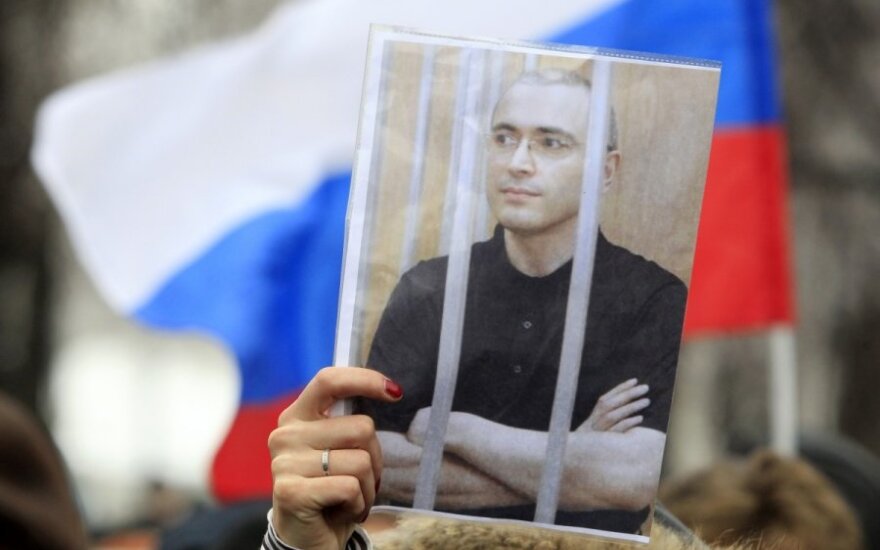 Part I: How Mikhail Khodorkovsky came to identify with Putin

The situation in Ukraine was getting more and more intense. Despite his vow of silence, as soon as April 2014 Khodorkovsky was making statement that no sanctions would stop Putin. On 27 April in Donetsk, he said that no economic pressure from the West could cause Russia any fundamental problems in the coming five-year period. On the same day, a very similar tune was heard from Moscow.

It was the EU's Ambassador to Moscow Vygaudas Ušackas, telling journalists that the EU and Russia would continue to be engaged with one another and that the EU had to be careful when choosing measures; he said that Russia was different from what it was thought to be and that one had to accept reality. The following autumn, during his visit in Kaunas, Ušackas went even further - he criticized the Lithuanian media for not presenting the Kremlin's own explanations of its behaviour in Ukraine, and said that the media did not inform the society about Russia's motivations behind its actions.

A few days after the Ušackas–Khodorkovsky duet tried to tone down the necessity to impose sanctions, there was an attempt to bring about an uprising in Odessa. On 2 May, 50 people were killed. Another hotbed could have erupted besides Luhansk and Donetsk, and the New Russia belt would have come into existence. Prime Minister Arseniy Yatsenyuk said the events in Odessa were an integral part of the overall plan to destroy Ukraine. Luckily, crisis in Odessa did not take off.

It appears that Khodorkovsky is a close friend of Ambassador Ušackas - otherwise he would not have been invited to Ušackas' 50th birthday party, and the celebrity victim of Putin does not communicate just with anyone. Last week at the Merchants' Guild in Vilnius, he appeared on stage and vanished right afterwards, no mingling with anyone.

The umbilical cord between executioner and victim

March is fast approaching, the end of term of the western sanctions. The Kremlin is putting tremendous effort into preventing them being extended. When I say "devil's advocate", I do not have one person in mind, but rather I mean the system that refuses to play by the principles of peaceful coexistence which form the basis for peace cooperation.

People may break down when, having lost all hope to ever be free, they are suddenly released – "just business". After all, when you become a multibillionaire in just 10 years, there are many moments when you have to suppress your scruples and make a decision: "just business". It would be difficult to pay for one's freedom in ways that go against one's consciousness, but it would probably be even scarier to become one's own torturer.

I find it more realistic that a man, who has fallen from the top of business success and spent ten years in isolation, may adopt the views of his crowned saturate the creed of his crowned prison master and come to believe in them as if they were his own. This is the only way for a strong personality to justify and come to terms with a defeat, by becoming someone like the winner.

Constantly thinking about the one who destroyed you, you can find affinity between the victim at the very bottom and the winner at the very top. As it were, the two of you are tied together with the umbilical cord of punishment – one imposed it, the other one received it; and this a matter exclusively between the two of you, no one else can understand it. This umbilical cord has transmitted a peace-giving realisation of what all this was for.

This is how people can take the side of their torturers and kidnappers, while TV viewers, who only see the surface, soak up the victim's words that sow infection into their heads. But there is a city called Vilnius where sometimes moments of clarity occur.

Opinion: How Mikhail Khodorkovsky came to identify with Putin

The Merchants' Guild building on Gedimino Avenue in central Vilnius hosted a conference in late...