Opinion: Homophobia and the ambiguous problem of individual freedom

(29)
Dario Martinelli
aA
The recent sensation around the homophobic Facebook post written by the Lithuanian DJ “Ten Walls” (Marijus Adomaitis) has generated – as usual in these cases – a number of polarized reactions, but most of all has re-opened once again the Pandora’s vase of the admittedly-difficult relation that Lithuania has with homosexuality, especially in times like this, when (finally, if I may add) issues of same-sex marriage are being addressed. 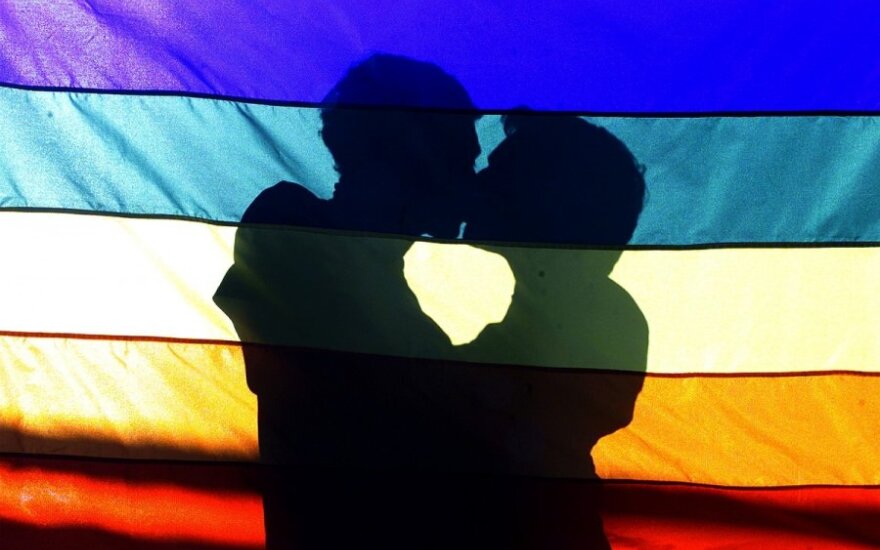 These difficulties (I am rediscovering the wheel, here) stem mostly from the generally-conservative inclination of the local intellectual circles, and in particular from a proudly-exhibited Christian-Catholic identity. As a result, concepts like “tradition”, “family” and “individual freedom” tend to be the most recurring key-words employed to discuss homosexuality as a whole and in specific situations like Ten Walls’s very inopportune comment.

I shall not discuss too much the questions of “tradition” and “family”, first because they are very well covered by more illustrious and competent commentaries, and second, because, to be fully honest, I find this an annoying non-problem. Of all forms of discrimination, indeed, I consider homophobia the most ridiculous one: the one that is totally not supposed to be a problem.

I mean: I am vegetarian, and I get a fair share of mockery, verbal abuse (particularly as a “parent”: I would love to return on this, sometime), and – occasionally – discrimination. And of course I find no justification for these reactions, but at least there is something that helps me understand them. That is: I do want to change people’s lifestyle, I do want to affect their opinions, when it comes to killing animals. I do not only want to exercise my totally-legitimate choice to a cruelty-free diet: I also wish other people to do the same. In other words, I do challenge “tradition”.

I can apply the same line of reasoning to other forms of discrimination, although – make no mistake – I do not justify any of them.

Now: homosexuality is the very thing which, despite my most perverse efforts, I cannot find as threatening anything at all. There is no attempt, from any homosexual, to turn heterosexuals to their “side”. There is no attempt to damage any single, whatsoever, “traditional family”. I have never witnessed, nor heard about, a single LGBT parade that was in any way suggesting “come on, you heteros! Give up your family and join us!” All these people (“another breed”, said Ten Walls in one of the silliest passages of his post) ask for is the moral and institutional acknowledgement of their right to live their life the way they have chosen to live it. 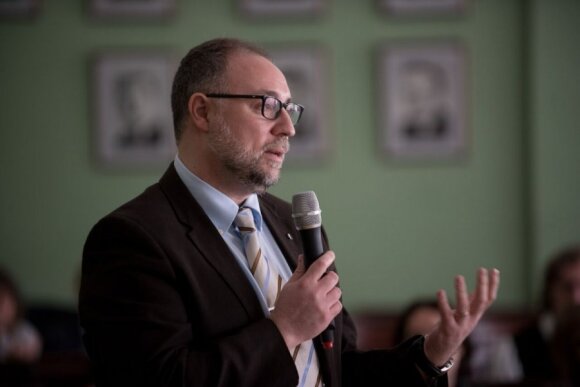 To think that a traditional family is threatened because another type of family is asked to be legitimated is as clever as thinking that my red car is threatened because someone else wants to buy a blue car. My goodness, a blue car! Where will we end up? Don’t they see the importance of preserving red cars? You want a blue car? Fine: but have the decency of not driving around with it. Keep it in your blue garage, and don’t let my kids see it. Heavens, what’s next, now? Green cars? Yellow cars? White cars? Are we going to have a BGYW parade soon?

There is another side of the story that deserves to be analyzed, however, and that concerns more closely the likes of Ten Walls, a respected artist who makes freedom of expression his main professional resource, as all artists in general do. First of all, before I continue, I have to say that Ten Walls apologized for what he said, suggesting that he actually does not think what he wrote. Sincere or not, that is an admirable step, which unfortunately not too many people in his position take or have taken. The act of apologizing is not a banal one and requires dignity. Mr. Adomaitis did that, so he certainly deserves a second chance to prove himself as a tolerant, open-minded person belonging to this century, and not to a remote one.

So, I shall use his infamous post not as an attack to him personally, but as an opportunity to discuss the nature of similar statements. Among other things, if Mr. Adomaitis is really saddened by his post, as he declares, he should be happy that it can be used to seriously address the question of homophobia.

Indeed, the main problem – to my mind – is that this type of comments tend to always resort to enduring stereotypes that have no basis whatsoever in reality. In Adomaitis’s post we find three of such stereotypes. First, the mentioned idea of homosexuals as “another breed”, which does not need any further comment except the one that also Hitler thought so, and that’s why homosexuals, too, were killed in concentration camps.

Second, Mr. Adomaitis mentioned a conversation with a fellow Lithuanian musician, supposedly reducing the latter to silence by asking "what would you do if you realized that your 16-year-old son’s brownie [anus] is ripped by his boyfriend?”. Well, Mr. Adomaitis: what if your daughter’s brownie is ripped by her boyfriend? In what way exactly you find a difference between homosexual and heterosexual juvenile rape?

Third, perhaps the most dangerous offence, Ten Walls compared homosexuality to paedophilia, perpetrating an equation that unfortunately denotes a profound confusion on these two totally different subjects. Never mind the basic distinction that homosexuality is not a crime and paedophilia is, the main issue is that there is NO RELATION between the first, a sexual inclination, and the second, a pathological perversion. This has been known unmistakably since 1978, with the important study by Groth and Birnbaum, and replicated in several later experiments, most notably Freund et al. in 1989 and Jenny et al. in 1994. So, it is not even a question of reading the most recent research. Reading alone would have been enough.

Today it is very fashionable to blame priests for paedophilia, and certainly this is an important problem that must be addressed with the utmost urgency (and I hope that Pope Francis, with all his progressive agenda, will make a serious effort in this direction), but the mistake most people do is to infer that, because they are priests and because they are paedophiles, then they are homosexuals. What these studies show, on the contrary, is that the pathological sexual attraction for children is of a specific type, that it’s neither homo- nor heterosexual in the adult sense of the term. It is paedophilia, full stop. And one proof is that most of the paedophiles abusing children of the same sex are perfectly attracted by the opposite sex in their adult relationships.

Things get worse (although much less fashionable) when we learn from statistics that about half of the sexual abuses on children occur within a family. And – most shocking datum of them all – that the majority of adults indulging into that horrible practice called child sexual tourism are heterosexual men with wives and children.

Finally, a couple of words about the fact itself of issuing such statements on a social network, or any other publicly-exposed medium. Mr. Adomaitis and the likes are public characters, people who received money, fame and attention. With that come also responsibilities: they have a right to think whatever they want, but they also have a duty to ponder with great care any opinion transcending the very field of their competence, especially when that opinion trespasses a threshold of acknowledged legality and morality. “Individual freedom” was indeed the main argument used by those who defended Ten Walls: the guy has a right to say whatever he wants. Most of all, they continued, this has nothing to do with art and being an artist: art and politics should not mix. Ten Walls, as we know, was boycotted by various festivals as a result of his statements, and many people found this outrageous.

So, the question is: does Ten Walls, in the name of individual freedom, have a right to say whatever he wants, and get away with it “as an artist”?

He does not, if what he wants is to write a prejudiced, undocumented and aggressive form of hate speech. Rights and freedoms are not unlimited, as we know already from school: they cease to be so when they violate the rights and freedoms of other individuals.

In fact, if we love freedom, we should stop trivializing its meaning, by putting it in the same pot as “lack of respect”, “arrogance”, “exhibitionism” and “Come on, I’m just being honest!”

But you know what? There is good news for people who have this kind of opinions. They have a great option that they can exercise with total freedom, at any time and any place. That is the option to shut up, to keep their opinions for themselves, and to talk only about something they know, not just feel. It doesn’t cost anything, it preserves fame and money, and it doesn’t get one banned from major music festivals.

Ten Walls is a very good musician who made a huge mistake that has endangered his career and personal reputation: we all hope he will use this mistake to find personal redemption and to help his society fight a problem, homophobia, which is fuelled by an unjustified fear for diversity and stupid comparisons with paedophilia.

Lithuania's Ministry of Justice has drafted a bill that, if passed, would introduce the institution...