Julius Bailey-Augalistas
aA
At the stroke of midnight on New Year’s Day 2015 the bell will toll, heralding the start of a new year and a new era for Lithuania. Yet the fireworks and jubilation will play out against a backdrop of sadness as Lithuania’s national currency, the litas, dies a death. 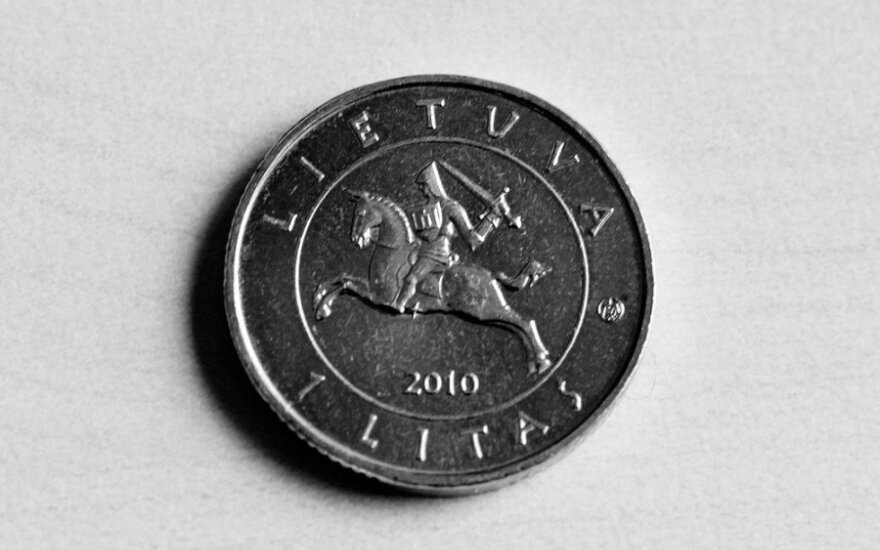 It will all be very dignified, of course, meticulously planned and executed like a mercy killing in a Swiss euthanasia clinic. The Litas will bow out with dignity and grace as the euro comes in, promising to make Lithuania a part of something bigger.

The main advantage is greater economic stability and ease of trading. But there is more to it than that. There is also an element of belonging to the “club” that is the EU, and adopting the euro currency is seen as a key indicator of “Europeanness”. Lithuania has long aspired to European ideals, yet has been seen as a second-class member, because it retained its own currency.

Polls indicate that Lithuanians, broadly speaking, welcome the adoption of the euro as a sign of progress. This could hardly contrast with attitudes in Great Britain. Brits tend to baulk at the idea of being part of a single currency. For them, it’s very much a question of “God save our queen, and God save our pound!”

This begs the question: To what extent is a country’s cultural identity tied to its currency? Has France become any less “French” since adopting the euro? I think not, for identity is held largely in collective spirit, language, culture and attitude, on which the banknotes and coins in one’s wallet have little bearing.

So why are Brits so scared of the euro and of the EU? Surely they could ditch the pound tomorrow and everything would be alright. Of course it would, but Brits don’t understand that. Their culture is of an island mentality. They talk of “Europe” as though it is over there, somewhere else.

It never fails to amuse and irritate me as I read articles in the anti-European Daily Express. The comments below each article a seething pit of ignorance, hatred and xenophobia. The depictions of UKIP leader Nigel Farage almost always show him with his mouth gaping open like a giant crocodile as he is slavered in adulation by those who misguidedly believe he is going to save their country from the invasion of foreigners. Despite advances in information and technology, the working classes in the UK are largely as ignorant as their counterparts in 1930s Germany.

For someone who claims to hate the EU and scrounging migrants coming to Britain from other countries, Mr Farage has done rather well out of it, claiming millions from EU funds, making him arguably one of the biggest scroungers of all.

I admit to feeling a touch of grieving for the litas. I feel a pang of sadness, of loss, even in the twilight before its demise. It was better than its predecessor, the talonas.

Hopefully, Lithuania won’t change too much. I like it for the quirky little place it is. I feel that everything will be alright. The language will still be there, the lovely trees, rivers and nature. There will still be varškė in the supermarkets, only it might seem a little more expensive than before.

As expected, the upcoming introduction of the euro has brought much new business to wallet sellers. As...

The number of violations related to dual display of prices in the litas and the euro has been...

All euro banknotes delivered to Lithuania

The third and final shipment of euro banknotes was flown from Germany to Lithuania on Wednesday.