Judy Dempsey, Carnegie
aA
Britain’s historic decision to leave the European Union has exposed big fault lines inside the bloc. Unless the divisions are overcome as soon as possible, the markets will pounce on the euro, having already done so on the British pound. Uncertainty over when and how to negotiate Britain’s exit from the EU will lead to paralysis inside the bloc that Euroskeptic movements will exploit. The yawning gap between citizens, leaders, and the EU institutions will widen. And resentment could build up between the big and small member states. 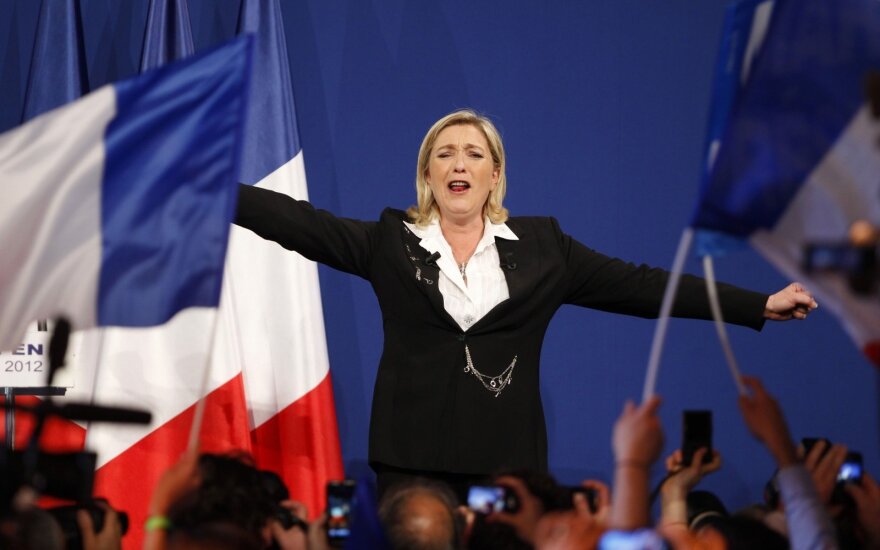 The main fault line concerns the start of negotiating Britain’s exit. Most of the leaders of the EU institutions—European Commission President Jean-Claude Juncker and European Parliament President Martin Schulz—want the process to begin and end as soon as possible.

Were it as simple as that. To trigger Article 50 of the EU treaty, which sets out in the barest detail about how an EU country should leave the bloc, Britain has to notify the European Council about the result of the June 23 referendum, in which nearly 52 percent of voters opted to leave the EU.

David Cameron announced his resignation as British prime minister on June 24 but will remain on until October, when the governing Conservative Party will hold its annual conference and decide on a new leader. He wants to leave the triggering of Article 50 to his successor.

In the meantime, he said he wanted to “steady the ship.” There mightn’t be any ship to steady given the turmoil taking place in his bitterly divided party. The consequences of Britain leaving the EU are now beginning to sink in. The propaganda, lies, and hysteria that characterized the appalling campaign are now coming home to roost. In one disturbing effect of that nasty, xenophobic campaign, there were reports of racist incidents directed against Poles. Some allegedly consisted of bits of paper reading “no more Polish vermin” being put into letterboxes.

Revenge is gripping the opposition Labour Party, whose Leader Jeremy Corbyn made no effort to campaign for the Remain camp. Over the weekend, there were resignations and sackings of top party officials and Corbyn is now vowing to stay despite an overwhelming no-confidence motion from his MPs. With some exceptions, the decency and integrity of Britain’s political leaders have been degraded.

Against this highly charged atmosphere, the leaders of the EU institutions are in no mood to delay the start of Brexit negotiations. They will try to put pressure on Cameron to trigger Article 50. For them, the sooner the negotiations are wrapped up (as if they could be concluded within months), the better for the EU as a whole.

Also, any signs of delay could be exploited or interpreted by Euroskeptic movements across Europe as an indication that EU leaders are prepared to make more concessions to Britain. As it is, the leaders in Brussels dread the idea of these movements presenting their own shopping lists for more sovereignty or reforms—or calling referenda, as Cameron did.

Marine Le Pen, leader of France’s far-right National Front, who is running for president in the 2017 election, has already said that if she is elected, she will call a referendum for France to leave the EU. The contagion of referenda should not be underestimated.

In Berlin, German Foreign Minister Frank-Walter Steinmeier, who on June 25 convened a meeting of his five counterparts from the founding countries of the EU, also identified with EU leaders in Brussels.
“This process should get under way as soon as possible so that we are not left in limbo but rather can concentrate on the future of Europe,” he said after the meeting. Jean-Marc Ayrault, the French foreign minister, echoed those words, saying, “We have to give a new sense to Europe, otherwise populism will fill the gap.”

Angela Merkel sees things very differently—another fault line, this time inside Germany’s governing coalition of conservatives and Social Democrats. The German chancellor, shocked by the outcome of the British referendum and its potential impact on the EU’s very existence, wants to steady the ship in her own way. That means buying time.

“Quite honestly, it should not take ages, that is true, but I would not fight now for a short time frame,” she said, referring to the Brexit negotiations. “The negotiations must take place in a business-like, good climate. Britain will remain a close partner, with which we are linked economically,” she added. In short, Merkel does not want Britain to leave.

And that is the message being conveyed by the Chancellery. That is another fault line. Brexit might not be inevitable.

“Politicians in London should have the possibility to think again about the fallout from an exit,” Peter Altmaier told a consortium of German regional newspapers. What Altmaier says is important. As Merkel’s chief of staff, he shares the opinions of his boss.

Merkel is met on June 27 in Berlin with Tusk, French President François Hollande, and Italian Prime Minister Matteo Renzi to prepare to a summit of EU leaders the following day.

Here is a further fault line. The smaller Northern and Central European countries need reassurance. They dread the idea of an EU without Britain, which is why they might welcome Merkel’s approach. They dread the idea of an EU dominated by Berlin and Paris. For them, that would become an EU insensitive to the views of these countries. They were already resentful that Steinmeier hosted the small group of foreign ministers in Berlin.

As former Swedish foreign minister Carl Bildt tweeted after the six EU foreign ministers met, “Six EU FM’s having a nice dinner in Berlin. But there are 21 others. What they think is even more important today.”

Indeed. On June 27, Steinmeier travelled to Prague to meet his Czech, Hungarian, Polish, and Slovak counterparts. An afterthought or not, this is not the time to alienate any of the member states, including Britain.

The United Kingdom 's decision to leave the European Union will directly and indirectly affect...

After the British Brexit referendum on its European Union membership, Polish politicians fear that...

Britain's vote to leave the European Union was a protest vote against the political elite in Britain...

Lithuania will 'remain important friend to Britain’ after Brexit

Claire Lawrence, the UK ambassador to Lithuania, has said that Lithuania will remain "an important...