Lukas Mikelionis ⎮ the Lithuania Tribune
aA
For a past week, to talk about the ongoing Israeli-Palestinian relations objectively became quite a self-indulging activity. The debate itself is toxic, since, according to the opposing camps, any affection to the Palestinian cause turns one into an anti-Semitic, terrorist-loving, revanchist bastard, whereas backing Israel means support to genocidal, child-killing, quasi-religious nationalist regime. 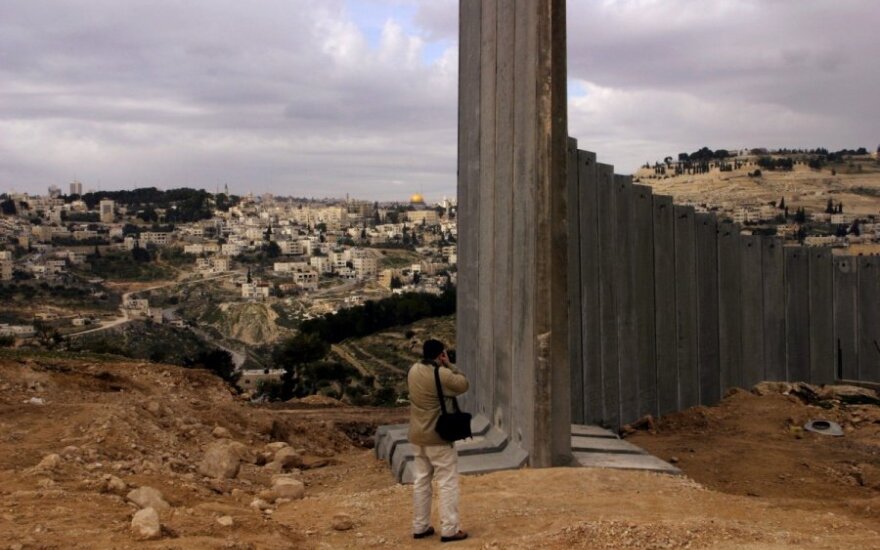 There’s evident pretentiousness on both sides. Depolluting the issue would mean breaking the illusionary wall that separates the virtuous and the rogues. Ask anyone politically active from Gaza, who is, in this quarrel between Zionists and Arabs, wrong, false, evil, capricious, or aggressive – most certainly the answer you would get is Israel. A state founded on a prophetic idea and fulfilled by displacing a great number of population that happened to be Arabs. By contrast, ask the Israeli government, or self-styled Zionists, who is the wrongdoer, which group really terrorises their own population and outsources their anger to pursue goals of dread against Israel? It’s the Palestinians and, more precisely, Hamas terrorist group.

The primary goal of many Palestinians, to take the land back, is in its essence a wicked one – taking the soil back which once belonged to their ancestors. Such an idea was the ignorance and the result of egomaniacal tyrants that occupied unaccountable power in the 19th and the first half of the 20th century, but today such belief is still contagious in forceful form of direct land grabbing by Putin, or modest theorisation by Middle Eastern ideologues and their aspiration to manufacture a Caliphate. It’s a great contradiction, nevertheless, when Palestinians passionately rally for different international order, where they, in the dawn of it, could fundamentally redraw the borders thus anticipating a stable and wealth-producing region, yet despise any attempt by others, whether now or in the past, to seek the same privilege.

The loathing comes from decades of humiliation, fluffy promises made by the West and getting nothing but expulsion from the most valuable asset – the land – life under occupational and colonial regimes. Furthermore, current targeted, or perhaps indiscriminate, bombing of Gaza is another round of blood-stained injustice with the Israeli flag on top of it for generations of Palestinians.

To say that this is trivial to their judgment of Israel and not the real source of support for the terrorists of Hamas is a false assumption. Portraying Palestinians as belligerents against the state of Israel is a one-sided narrative, which excludes natural want for dignity, survival, and wellbeing.

But the same mirages are found in the depiction of Israel. A state, which was a great reconciliation for millions of Jews all across the globe, for the crimes committed against them, a symbol of a different international regime favourable to human dignity. No matter how certain groups struggle to spin the story, Israel was created virtuously, though foolishly nonetheless, and its existence is forged for years to come. It must take an extraordinary global political cataclysm to make Israel’s being obsolete. However, Palestinians who support Hamas are seeking to cause that paradigm change in world politics. Frequent missiles shot at Israel, with casualties so low only due to technological superiority of Israel’s military, is only fuelling realpolitik creed among Israeli residents that advocate to maximise country’s security by directly countering these dreadful threats, while any appeal to cooperation would ultimately fail. The State, taken on the wave or realism, asks itself, “What’s the point to wait and see if rockets will still keep coming to the country? Why should Israel concede and plea for bewildered peace possibility?”

It is taken for granted by many ordinary Palestinians, whom I happen to know, that Hamas’ rockets are threatening while Israel’s are killing. Therefore, in their reasoning, this is a classic big-against-the-small crime, where Palestinians are small and the government of Israel is the one over-stretching with their power. Albeit the same principle of deceit could be applied virtually to any terrorist group that perpetrates a country, thus consequently receiving a weighted response from the military. Understanding that both perspectives of this conflict are essentially subjective, selective, and are victims of their own perception – is the key to unwinding fundamentalism and self-righteousness.

Palestine’s Arabs, angered by Israeli policies in Gaza and the West Bank, whether it’s illegal settlements or restrictive development, tend to support Hamas that, in their view, fight for the common Palestinian cause. This constructed a perception that Israel is the aggressor and Palestine is on defence. By contrast, Israel, since its foundation, has been vilified, attacked, and abused, hence naturally became aware of dangers of no defensive strategy against hostile neighbours. The country has to listen to daunting rhetoric about eradication of their homeland, or hideous anti-Semitic lies by new prints of The Protocols of the Elders of Zion, the infamous hoax-book about Jewish conspiracy to control the world, by Hamas activists. Even moderate Palestinians are suggesting that Israel ought to be destroyed – not the Jewish community, of course, that would be irresponsible – only the state. Such absurdity and mix of denials led to alertness by Israel that they’re the victim, whereas Palestinian Arabs are those who seek to brutally obliterate the country.

This dilemma of two groups holding mirroring perceptions of each other isn’t a historical singularity. In fact, such quandary is found in the Cold War, the grand struggle between the two superpowers. The peak of the Cold War, the flush up of the confrontation, was the Cuban Missile crisis in 1962. While Benjamin Netanyahu is no John F. Kennedy either in charisma, style or intelligence, they both see their countries as the last strongholds in the region, or even in the world, of the world order that works. Kennedy, in 1962, reasoned that having nuclear ballistic missiles targeted at the country, just 90 miles away from Florida, pose a fundamental challenge to the security. In other words, the Soviet Union was pursuing jingoism and clear overreach of status quo.

The General Secretary of the Soviet Union, Nikita Khrushchev, had fairly different sense of events. For him, it was the United States, and the West, that played the main role of antagonist in this struggle, as it didn’t mind to ferociously contain spread of communism, use dominant economic position to influence other states. Militarily, it deployed nuclear missiles in Turkey in 1961, just a year before the crisis of 1962, as a deterrent against the Soviet Union, a still war-ridden totalitarian country with stagnating economy whose desperate efforts to fix the oppressed society and industries were subject of a good laughing matter. In fact, Khrushchev recognised that installing nuclear missiles in Cuba not only would have discouraged invasion of Cuba but also “…would have equalized what the West likes to call ‘the balance of power.” It’s a powerful quote that cuts right through the Soviets’ perception of the West, in general, and the Cold War – the Soviet Union was acting in defence.

A never-ending conflict between Palestinians and Israel had developed a cyst of misperception of each other where both sides can hold the position of being the “right one” simultaneously. There’s no easy way to pop it, the Cold War era thinking ended with a regime change in Moscow, and the spread of democracy in post-Soviet countries. But it’s not the 1990s anymore and politics had become more personal. Entire Palestine has the problem of religion, nationalism, anti-West sentiment, racism, terrorism, and sense of superiority. Only a hope for moderate secular forces erupting in the region could mitigate, though not solve, the troubles of confusion between each other.

Foreign Ministry advises Lithuanians against traveling to Israel and Palestine

The Ministry of Foreign Affairs urges Lithuanian citizens who are now in Israel and Palestine to...

The Government is to propose to the president to appoint Edminas Bagdonas as Lithuania's ambassador to...

Lithuanian does not plan to join the initiative of 17 EU member states to warn their citizens against...