aA
Judging by the reactions of parties' chairmen and their members to the cronyism and corruption scandals rocking Lithuania's political parties, the leaders of Lithuania's “classical” political parties – the Homeland Union - Lithuanian Christian Democrats, the Social Democrats and the Liberal Movement – are rife with Trumpism, argues political observer Arkadijus Vinokuras. 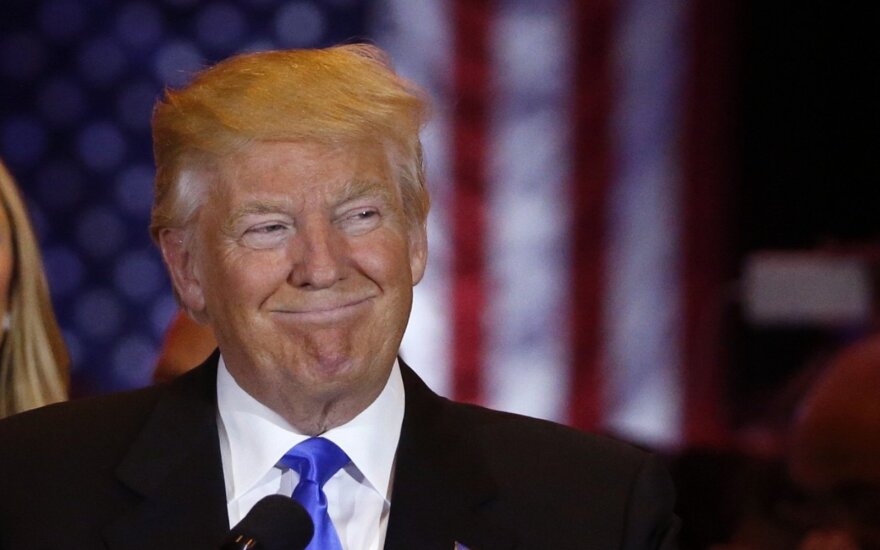 Why? Because intellectualism is based on skepticism, critical thinking, personal courage in the destruction of taboos, and the courage not just to identify but publicly discuss problems. Moral and ethical imperatives are necessary attributes of intellectualism. Without them, an intellectual, sooner or later, will adapt and become complacent.

These parties are full of complacency and conformism, and the acceptance of authoritarianism is the consequence of a member's survival in the party. It's also how the parties' leaders maintain their positions. If a rank-and-file member does not agree with this system, they are relegated to the very edge of the party.

This is why Lithuania's parties respect political broilers with nary a hint of intellectualism. The things the parties' young stars say about being prepared to take the parties' reins and introduce a culture of civilised politics mean nothing and guarantee nothing.

They personally have adapted and conformed, morally and psychologically, to the parties' flawed model. They have never publicly, out loud, said anything to criticise that model, so why should I believe that they will change something? Does this process not require a moral backbone?

This is what these parties' intellectual realities look like. None of the parties' leaders encourage serious debates within the party. The leaders say something, someone in the hall stands up for some criticism, and then – silence. Before that, they hear the warning that their time to speak has ended.

The one doing the criticism, also not an intellectualism, lacks the oratorical talent to draw attention to the serious problem they are addressing. In the election campaign for chairman of the party, there is a stunning reluctance among the candidates to intellectually challenge one another.

Debates should not be a two-minute presentation of the same old tired party talking points but the discussion and refining of all of the topics most important to the party according to all of the rules of a civilised public discussion.

And this is not to mention the fact that the national broadcaster is part of the same anti-intellectual discussion model. Ten party leaders are invited and hosted by a clapping and crooning presenter. Every party leader has a couple of minutes for “discussion.”

This is what they call debates. Everybody's happy: the party leaders because the time is too short to make any mistakes and the show host’s because the questions are prepared and counted. The memorised answers are already well-known both to the host and to the voter, so they interest nobody.

What is there to be proud of here? That this “intellectual” show is supporting and feeding the dumbing down of the voter? It's no wonder that voters are constantly obsessed with their mockery of the political idea “we must act, not speak”.

The product of this is that political parties don't need politics. “Simply put, all of us to the men are experts in our fields – doers” - “our answers will only be simple and clear” say the Peasant and Greens Union as they place their cross on intellectualism.

In this way, democracy becomes a farce that's presented as the real deal but in no way prevents cronysim or corruption. If a political party only needs doers and accountants, then, given the Lithuanian public's willingness to always “make a deal,” Lithuania's parties will never be protected from the aforementioned “culture” of cronyism and corruption, as well as the spirit of authoritarianism.

They've been programmed this way. This is what we see today, now. The question on everybody's mind is “Who's next?” Everyone but the president will be “next,” it seems. Great.

It is not without reason that I have repeatedly warned that the specific manifestation of this frame of mind is the appearance of little kings and queens in Druskininkai, Širvintai, Lazdijai and Marijampolė with the tacit support of their parties. Take any municipality you like that has a mayor, and he'll be a product of anti-intellectualism – take my word for it.

This is an entire line of people unprepared for civilised, democratic political government. It's no surprise that the opposition in those municipalities is suppressed or that they become one with the position “for the common good”.

It's no surprise that the laws, the constitution, and the government's responsibility to protect the fundamentals of the rule of law are ignored. Nobody needs those laws. Cronyism is the tool parties use to maintain party loyalty. Though the Social Democrats tried a different approach, it was too late, and they got hit for it – so now they're quiet.

When Andrius Tapinas encountered the cronyistic mentality, whose cornerstone is the fear of speaking your mind, he organised the Freedom Picnic. An excellent initiative.

What was the result, though? When it is attended not by primitive politicians with no self-respect prepared to use the event as an opportunity to scare people off, but by municipal servants from every field who will demand fundamental political responsibility, respect for other opinions and the freedom of criticism when they return to their workplaces, then we may see at least the beginning of the end of the culture of authoritarianism and anti-intellectualism.

Only then will self-respecting politicians stop themselves from climbing to the “Druskininkai balcony” to wave their hand to the ants below according to the example of their communist bosses. The sight of Social Democrat leaders and members waving from a balcony makes me gag. How far can they fall to – or fail to rise from – their communist past?

Unfortunately, higher education does not guarantee intellectualism in Lithuania's political parties. If its shoots appear anywhere, they are quickly torn out with the chains of conformism and the norms of servile social relationships. And the road to these elections will not surprise anyone.

The parties presenting themselves as Lithuania's classical parties will continue waving their smart political programs but we should not look forward for the open, fundamental discussions typical of serious, civilised parties. There's nothing to discuss and no reason to discuss it.

There are no serious, erudite leaders who are able to take a self-critical look at the problems their parties are suffering from, where and why they arise, and how to solve them. The development of trust in parties is not yet in fashion.

There are no leaders capable of refraining from shaming themselves and their parties by changing their opinions every ten minutes, finally claiming that they have never changed their opinions. And that's not including their ability to form a serious vision of the country's future, where we're headed and why we're going there.

These are essential things that allow society to consolidate. However, when you've made mistakes, even the prettiest and smartest speeches become worn, boring slogans. On the other hand, even politicians who've made mistakes remain in government. They know this, which is why conversations about intellectualism scare them. To them, this is like a curse. Unfortunately.