Opinion: Conflicts of the past year connected by corruption

Mary Beth Goodman
aA
A retrospective look at the conflicts dominating the headlines in 2014 presents a grim picture of escalating conflict and human suffering. Underneath the headlines is a common thread connecting the rise of the Islamic State in Iraq and Syria (ISIS), the Ukrainian protesters in the Maidan, and the Nigerian families still desperately seeking someone to #BringBackOurGirls. That common thread is corruption, Mary Beth Goodman, senior fellow at the Center for American Progress, writes on The Mark News. 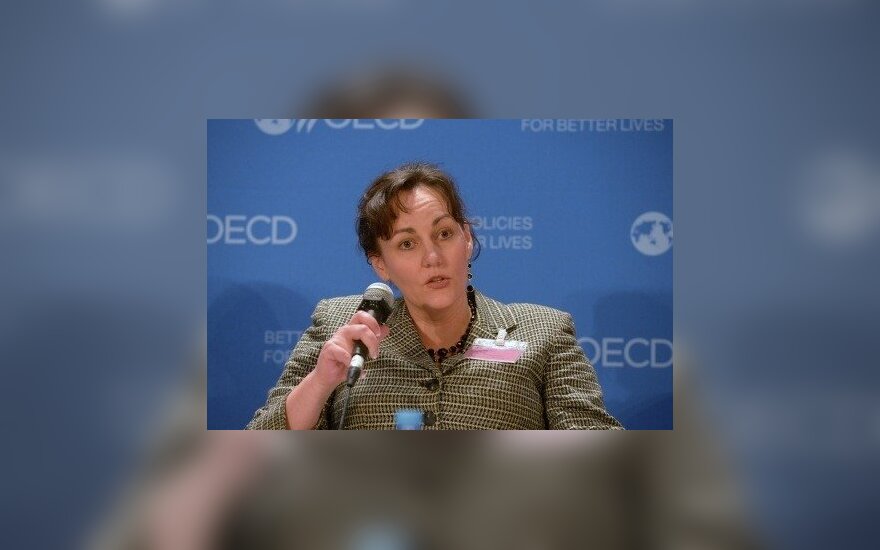 Corruption contributed to the collapse of the Iraqi military, allowing the expansion of ISIS. It led to Iraqi Prime Minister Haider al-Abadi’s announcement that at least 50,000 “ghost soldiers” were discovered on the Iraqi payrolls, at a cost of approximately US$400 million in bogus salaries per year.

Corruption fueled ethnic and religious tensions in Nigeria and created a vacuum in leadership, allowing Boko Haram to gain a foothold and expand. And greed at the highest levels of leadership, institutionalized as kleptocracy, sparked the outrage and protests that have toppled regimes from Ukraine to Burkina Faso.

But blaring headlines only reinforce what is already patently obvious: Corruption poisons confidence in public institutions. It devastates the private investment climate, and it poleaxes poverty alleviation programs.

We see in countries around the globe that corruption – and the frustration it leads to – undermines democracy and the rule of law, fuels crime, and unleashes a host of security threats.

Until recently, corruption has largely been perceived like bad weather: Everyone has professed to hate it, but few have thought they could do anything about it. In far too many countries, corruption is normalized as an expected cost of doing business, and tolerated as a perk of entitlement for political and bureaucratic elites.

But views on corruption are changing. Citizens are increasingly standing up – and standing together – to challenge corrupt leaders who seek to plunder rather than govern. The global expansion of Internet access and increased mobilization on social media has made it easier for people to share reportage of graft and connect in their consequent outrage.

Around the world, those who felt powerless in the fight against corruption are finding new tools and new allies in the fight for transparency and accountability of governments, elites, and elected leaders.

The fight against corruption will not be won in the short term, but two movements are gaining noteworthy traction and providing additional tools for the anti-corruption arsenal.

Founded in 2011, the Open Government Partnership (O.G.P.) is a multilateral initiative founded on the premise of collaboration between government and civil society to promote transparency, fight corruption, and utilize new technologies to strengthen governance.

O.G.P. provides a framework enabling those within government, the private sector, and civil society to advance government accountability and effectiveness. Each participating country must commit to jointly develop and implement a national action plan in collaboration with civil society.

O.G.P. is unique in providing a framework for country-specific actions coupled with a supportive platform to leverage expertise from other countries and organizations. And it’s working: O.G.P. has grown to 65 participating countries, representing one-third of the world’s population and more than 1,000 open government reform commitments.

The approach of open contracting is also gaining traction with governments, civil society, and the private sector. Governments routinely sign trillions of dollars’ worth of contracts for services and infrastructure projects, but rarely do citizens know what their government is paying for, or what a particular contracted company is responsible for implementing. Aimed at increasing disclosure and participation in all stages of public contracting, open contracting efforts zero in on tendering, performance, and contract implementation.

Transparency in procurement is embedded in the United Nations Convention Against Corruption, but few of the 173 signatories to this treaty have taken any steps to implement such measures. Open contracting is helping to actualize this transparency, and gives both citizens and governments a platform for ensuring more effective delivery of public funds.

Governments in the United Kingdom, Colombia, Slovakia, Georgia, and elsewhere are now proactively publishing contracts. Other countries are publishing contracts retroactively or in specific sectors such as extractives. As the open contracting movement grows, citizens worldwide will have another powerful tool to inhibit graft, enhance effectiveness, and enforce accountability.

Citizen engagement is important in the fight against corruption, but political will is essential. Newly elected leaders such as Prime Minister Narendra Modi in India, President Ashraf Ghani in Afghanistan, and President Joko Widodo in Indonesia are setting examples in prioritizing the fight against corruption. In every country, implementation of critical reforms will require sustained political will and citizen engagement to help maintain the momentum.

The fight against corruption is a long and tedious battle that must cross borders and political fault lines. An active multitude of groups – from government, civil society, and the private sector – must band together to confront corrupt leaders and governments, and to draw the corrupt actors from the shadows.

Honest government will only come about when people demand it. Citizens are now issuing that call, resoundingly.

Mary Beth Goodman is a senior fellow for the National Security and International Policy team at the Center for American Progress. She previously served as the director for international economics at the White House and as a diplomat for the U.S. Department of State. She assisted in drafting the U.S. National Action Plan for the Open Government Partnership.