Vira Ratsiborynska
aA
Starting from the beginning of 2014, both the EU and Ukraine have been facing many common challenges related to their respective border, energy and defense security. 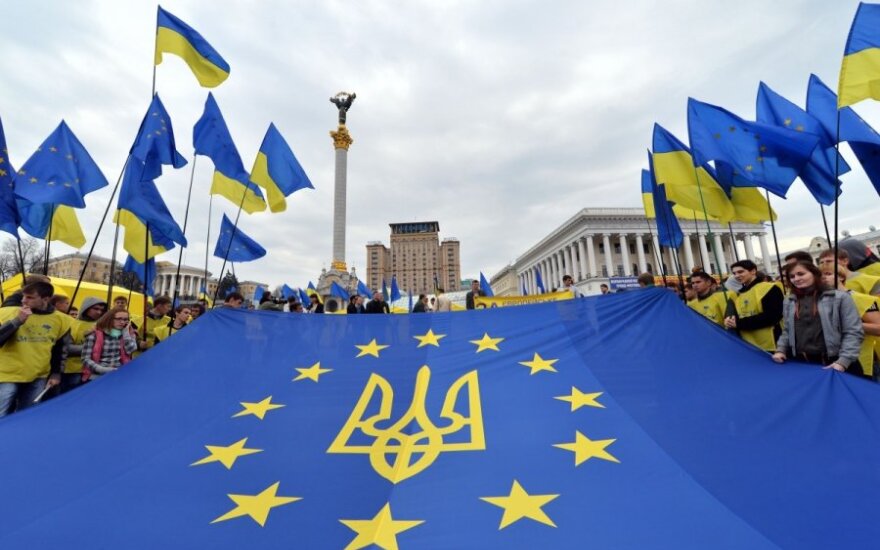 The instability in the eastern part of the EU’s vicinity caused by the Russian aggression against Ukraine and the violation and unilateral redrawing of Ukraine's borders by Moscow push the EU to rethink its current approaches to its own security with the goal to enable the EU to adequately respond to these challenges. This task can be very difficult for the EU and would require the EU’s consistency and unanimity in face of the different risks resulting from a geopolitical confrontation with Russia.

A positive outcome of this post-Cold War confrontation may depend not only on the unanimity of the EU’s member states that should be ready and willing to stand up to Russia, but also on the capacity of the EU and NATO to quickly transform its "soft and hard power" instruments and appropriately use them in the conflict region. The geopolitics and the geostrategy of different international players may continue to play a big role in that process that can result in profound changes of the EU’s and NATO’s policies towards the Eastern Partnership region. Such changes may affect the whole system of international order which in turn can result in a shift in the world's security environment.

During this new transformative period of geopolitical changes which started with the annexation of Ukraine's Crimea by Russia in April 2014, the EU would need to reshape its security and defense policy mechanisms and rebuild its "soft power" instruments in order to be able to effectively challenge the Russian "hard power" tactics in the Eastern Partnership region. Otherwise the EU will have to deal with a continuous risk for its own and the whole neighborhood’s security – a security that, as demonstrated, can be undermined by powerful Russian tactics and hybrid warfare mechanisms.

The role of the North Atlantic Treaty Organization in reshaping the EU’s security instruments and policies towards Russia and the Eastern Partnership region can be vital in this regard. The alliance can play an important part in forming a necessary bridge between the EU and the USA aimed at building new strategic relations towards Russia while providing the EU with new security tools towards the Eastern Partnership countries. Moreover, the NATO can also perform a military role of deterrence in the face of the Kremlin's imperialistic tendencies in Russia's spheres of perceived national interests, mainly in its so-called "near abroad".

This strategic role of NATO in a conflict with Russia can put the military bloc at risk, however. Such a crucial task as serving as a deterrent against Russia in this post-cold war perspective would require the alliance's reorganization, an improvement of its military capabilities and responsiveness in the eastern part of the EU as well as the creation of strong military cooperation mechanisms with the eastern partners who are non-members of this organization. Strengthening Ukraine’s military capabilities in this regard can serve to illustrate NATO’s readiness to respond to potential threats posed by hybrid warfare in the eastern part of the EU, for example, in the Baltic countries and Poland.

But there is the risk that a delayed response to all the challenges issued by Russia in the region, especially in Ukraine, during a transformative period of NATO’s operability in the Eastern Partnership region may undermine NATO’s credibility – in a time when the EU’s credibility as a regional actor is already at stake due to a big number of challenges related to enhancement of its ability in the domain of European defense. Interconnection between the EU’s and NATO’s different military and security mechanisms would be required in order to create a new system of European defense and to build a strong mechanism of collective defense in Europe.

Taking all this into account, Ukraine’s challenge of effectively countering the Russian invasion of its territory is enormous. Ukraine, not being covered by NATO’s Article 5 mutual defense clause, has to rely on its own forces, a strong and united position of the EU and USA and their investments in the Ukrainian defense system. For the time being Ukraine would need to actively resist Russia’s aggression in the east in order not to cement this military confrontation with Russia to a status of "frozen conflict" that would later be used by Russia for political and economic leverage against Ukraine and in addition would render Ukraine completely unable to make any further rapprochement to an eventual NATO membership. That is why Ukraine urgently needs a determined and unified position of the EU – reaching such a position, however, is undermined and threatened by the EU’s energy interdependence with Russia.

Energy has always been used as a political instrument of influence by Russia and in this conflict the EU’s and Ukraine's energy vulnerability is exploited by Moscow which makes a positive outcome of the conflict even more difficult. The Russian influence on the European and Ukrainian energy security represents an enormous challenge in this conflict. Ukraine is relying on reverse-flow supplies from the EU which can still be sabotaged or impeded by Russia as recently demonstrated on Poland's reverse-flow capacities to Ukraine. The Russia-EU confrontation over the EU’s ‘Third Energy Package’ rules shows the determination of Russia to keep its energy monopoly position. Moscow's promotion of the South Stream pipeline demonstrates the Kremlin's long-term ambitions to be the rule-setter in the EU’s energy dimension.

All this leaves Ukraine and the EU in a vulnerable position towards Russian energy leverage - supply disruptions can affect both the West and Ukraine. The creation of the proposed Energy Union could be a part of the solution for the EU as it can increase the EU’s efficiency with regard to supply security and make the European energy market more coherent and united. But as the Energy Union is a long-term perspective for the EU, it cannot serve as an immediate remedy to decrease the EU’s and Ukraine's energy dependence on Russia. Moreover, this shared security challenge places both the EU and Ukraine in a delicate position where they could suffer from possible further countermeasures by Russia in this dimension. In this regard the energy interdependence may constitute a negative factor in the conflict that may destabilize the EU’s unity.

Today the EU and Ukraine are facing many common challenges related to their energy and defense security. A positive outcome in overcoming these challenges will depend on the EU’s and other international actors' capacities to transform their policies in correspondence with the changes in the international order and on the ability of the member states to subordinate their national interests to a shared interest in peace and prosperity.

Vira Ratsiborynska is a PhD researcher at Institute of Political Studies (IEP), France

Moscow's plan to decoy the West (1)

Moscow seems to be making effort to patch up its relations with the West after a fall-out over...

European Union (EU) ministers on Monday endorsed the postponement of the free trade agreement with...

EU countries are planning to tell Russia it has no say on changing the Ukraine trade treaty...