Opinion: Challenges in Europe and how Lithuanians should feel

Prof. Dr. Mindaugas Jurkynas
aA
These days, the international political scene has been shaken by two processes: the Kremlin’s aggression against Ukraine and the repercussions of the European elections, 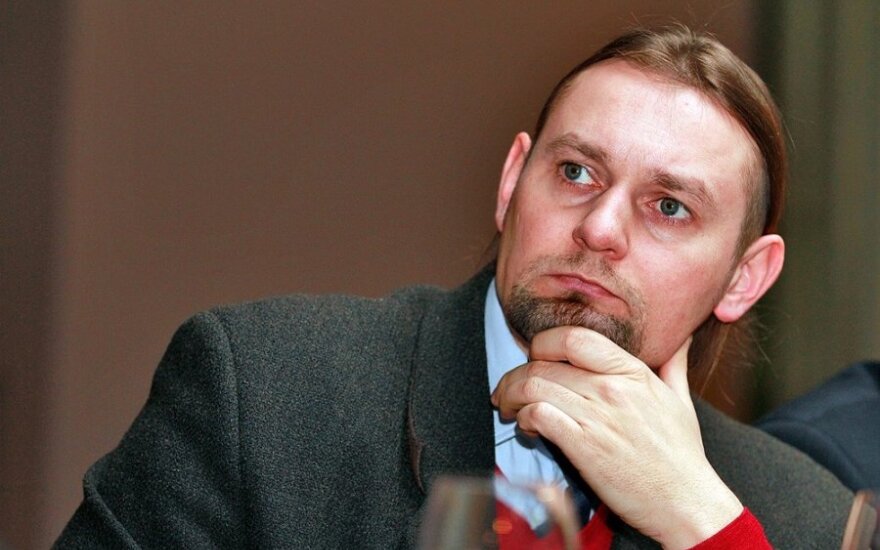 Putin’s authoritarian regime is waging a new kind of war in Ukraine, and Europe reflects on radical right-wing and left-wing (often populist and anti-European or even sometimes disguisedly anti-democratic) parties’ breakthrough in the elections to the European Parliament. The ontological premise of security for such a small state as Lithuania is its acceptance of the values ​​and entrenchment in the ranks of Western countries.

To that end, there is a variety of practices. One of them is the ability to come out of one’s own interests and take a broader view. Such opportunities are provided by assuming international and regional responsibility and active participation. A year will have passed in July since the beginning of the Lithuanian Presidency of the Council. It is worth paying attention to the effectiveness of the Lithuanian Presidency, which, especially when standing behind what is popularly known as the steering wheel of the EU Council for the first time, serves as a litmus test for the country’s image and assessment in Europe.

Generally speaking, the EU Council Presidency became more prominent after the EU enlargements in 2004 and 2007 as a number of new ex-communist countries joined the ranks. Quite quickly the new EU members turned from the ‘audience’ into ‘participants’ contributing to the EU’s agenda with their own values, concerns and experiences. It is not surprising that the presidency allows you to get as close as possible to the problem-solving area of the whole of Europe. Some states make use of this opportunity and, acting as ‘amplifiers’, boost national interests; others, generally small and holding the presidency for the first time, as if ‘dampers’ turn their interests down and simply adjust different interests.

Lithuania became the first ex-Soviet country to take on the role of the presidency. Latvia will undertake the task in 2015 and Estonia – in 2018. Although Lithuania has chaired various regional organizations, this assignment was perceived as an epic one. The preparation took several years and lasted until the very presidency, which allowed it to not only reconsider the European priorities, but also to represent the Council in its relations with other EU institutions or countries. While the official motto of the Presidency was “the credible, growing and open Europe” with the agenda mainly focusing on the EU’s financial stability, competitiveness and growth, the dominating position was taken by the eternal security issues – the EU’s Eastern Partnership, energy security, security of the EU’s external borders and the EU Strategy for the Baltic Sea Region. Lithuania saw itself as a political broker, which could both improve its image and represent the interests of the whole of the EU. The presidency raised other EU members’ expectations and demand for the organiser, the leader (if necessary), and the broker. Lithuania’s offer in its turn could be viewed through its preparation, cooperation with the General Secretariat, administrative capacity, relations with other EU institutions, its experience of the presidency, the urgency of issues and the orientation of foreign policy. Knowing that there was no prior experience of the presidency, Lithuania, as experts, diplomats and journalists note, has invested much and put a lot of effort in the aforementioned issues. And the maiden attempt was not that bad.

The Lithuanian presidency was marked by three times (sic!) higher workload than is usual in the EU legislation as it was necessary to adopt more laws before the elections to the European Parliament and the European Commission.

During the Presidency, Lithuania completed the negotiations on 78 percent of normative acts (478 in total). Among the major achievements, which saw the contribution from all states lead by Lithuania, was the ratification of the EU budget for 2014-2020, the development of the banking union, the approval of funding for strategic EU energy projects and the political focus on the Eastern Partnership. The latter drew the most attention from the media and politicians.

Although some progress has been made with Georgia and Moldova’s rapprochement with the EU, the then President of Ukraine Yanukovych’s refusal to sign the Association Agreement and Armenia’s decision to participate in the emerging Russian customs union left some political bitterness. True, the country that holds the Presidency of the EU Council is not held responsible for the failure of the Eastern Partnership, but the Eastern Partnership Summit triggered further political change and Europeanization in Kiev and beyond.

The event of the Lithuanian Presidency might be called an intermediate between the amplifier and the damper. The official objectives of Lithuania were relevant to the EU, and the Eastern Partnership as well as energy security issues were undoubtedly correlated with the current geopolitical challenges for Lithuania. The country maintained an image of a small, efficient, cooperative and credible state. Lithuania has become more ingrained in the EU: diplomats, some of the politicians and the public sector workers have become more pro-European and have built up their expertise because of the Presidency experience and networking. In short, the Lithuanian international policy has become more mature.

The Presidency and even the elections to the European Parliament have not strengthened the Eurosceptical political forces – there are all the conditions to uphold the support the EU which may be viewed as a contribution to Lithuania’s political, economic and even social security, particularly in the times of Russia’s unconventional war against the Ukraine. After the first Lithuanian Presidency it is necessary to promote the political socialisation within the EU, especially among political parties and their leaders. This will surely amplify the awareness and Europeanization of the small states.

Mindaugas Jurkynas is a professor with the Faculty of Political Science and Diplomacy at Vytautas Magnus University.