(1)
Kęstutis Girnius
aA
For over a decade now we in Lithuania are being told that Germany is always indulging Russia. This line of criticism has lost some steam recently, after Angela Merkel played a crucial role in adopting hard sanctions on Russia. However, recent efforts by her and French President François Hollande to find a diplomatic solution to the Russia-Ukraine conflict have rekindled suspicions that there are plans to indulge Russia and betray Ukraine. 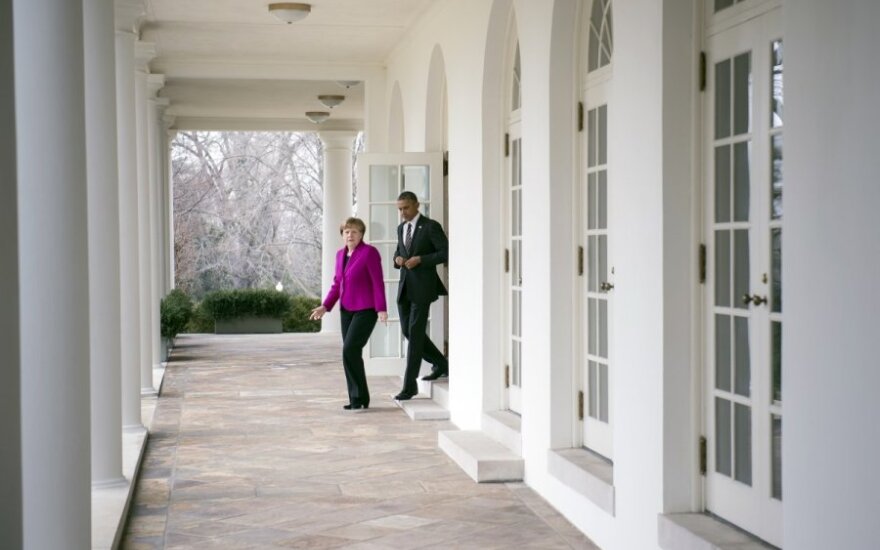 Lithuanian Minister of Foreign Affairs Linas Linkevičius tweeted several days ago: "'Sudetenland' in 1938 was supposed to appease aggressor. We know the results. Why these thoughts arising in time of #Munich conference 2015?"

'Sudetenland' in 1938 was supposed to appease aggressor. We know the results. Why these thoughts arising in time of #Munich conference 2015?

Read: in 1938, Western powers tried to appease the Nazis and now they want to indulge Russia. In 1938, the main culprits were British Prime Minister Arthur Neville Chamberlain and France's Edouard Daladier, while this time it's Hollande and Merkel.

Lithuanian President Dalia Grybauskaitė said: "I trust and believe that Merkel has not betrayed anyone. She is always looking for solutions and does not sell out anyone, because to betray Ukraine and the Ukrainian people today would mean betraying ourselves." German diplomats could hardly take it as a compliment when our president assures that the chancellor will not sell out and betray Ukraine. Subtlety is Lithuanian diplomacy's forte.

US President Barack Obama is also readily included into this group of appeasers. Not because he went to Moscow to seek truce and peace, but because he keeps resisting suggestions to rearm Ukraine. Senator John McCain and many other Republicans insist that the US should supply "defence" weapons to Ukraine. McCain says Ukrainians cannot defend themselves from Russian AFVs with blankets. US Congress is debating a bill that would not only allow, but positively oblige the United States to supply weapons to Ukraine.

Obama's Russian policy is not the only object of criticism. He is said to be an inefficient and irresolute leader of his country's entire foreign policy, while his term of office is blamed for reducing America's international prestige and authority.

Russia's aggression in Ukraine is an exceptional challenge to to international legal order that warrants exceptional response. But fear and suspicion have big eyes and one must admit that Lithuania has on a number of occasions seen dangers where there were none. A good case in point is the over-dramatic reaction to the Nordstream pipeline. In 2009, the then foreign minister Petras Vaitiekūnas declared, rhetorically, "will Europe continue to rely on values or will it rather give priority to plants, factories and pipelines?", implying of course that Lithuania stood on the side of values while all the advocates of the pipeline did not care one bit about principles and values. Rhetoric coming from Poland was even more bellicose. Foreign minister Radek Sikorski compared the German-Russian agreement on Nordstream to the Ribbentrop-Molotov Pact. Everyone can see now that Nordstream posed no danger to either the Baltic states or Poland. 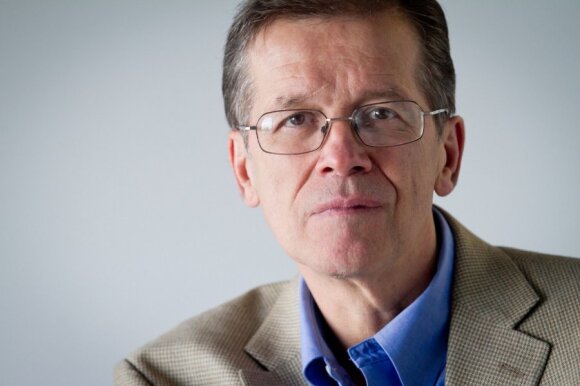 Accusations of appeasing or indulging Russia resurface constantly. No one bothers to explain, however, how exactly Merkel, Obama or the West indulge Russia and why their policies should be called appeasement and not something else. Russia has been subjected to harsh economic sanctions, much stricter than anyone had expected. Russia is diplomatically isolated, which is another harsh blow to Putin who has been trying to get his country into prestigious groups like the G-8. Unless military action in eastern Ukraine ceases, sanctions are likely to get even harsher, even though a number of EU countries resent them. So where is the appeasement? Economic sanctions have so far not broken Russia, but nor were they intended for that. Sanctions are a slow measure, but one that can inflict considerable damage in the long run. Strict sanctions on Iran was what pushed Tehran to negotiate on its nuclear programme. Statements made by Putin and other Russian officials indicate that the sanctions do not go unnoticed.

Then there are claims that sanctions are insufficient, that the situation calls for tougher measures, namely, supplying arms to Ukraine. There have so far been no suggestions to send NATO soldiers to the conflict zone, even though the "appeasement" opponents often call for military intervention. Let's recall the flood of criticism that Obama received after deciding not to sanction air strikes on Syria for using chemical weapon on civilians. Obama's restraint, however, proved sensible. The continuing strikes on Islamic State have so far been of little effect, while limited strikes on Bashar al Assad's forces would have achieved even less. Research conducted by the CIA last year has shown that when the US government arms and trains fighting groups, it usually has but a marginal effect on conflict outcomes.

The opponents of the supposed appeasement usually assume that their position is the moderate and rational one; that those who say they are too extreme propose a suboptimal option which would grant too many concessions to the aggressor.

If the hardliners were indeed advocating for the rational and most efficient option, then their critics could be legitimately criticized. But we do not know which policy option is the most rational and the best. It is possible that rearming Ukraine would allow government forces to fight back more effectively, that growing death count on the Russian army side would induce opposition to Putin in Russia and eventually make him change his course. But there are also fears that supplying weapons to Ukrainians might bring unpredictable, yet fatal consequences, would escalate the fighting and give the Kremlin an excuse to directly intervene, which would leave Ukraine even more ravaged. I can very honestly say that I do not know which one of these two scenarios is more likely.

The "appeasement" critics often say that if you back down once, you will do so again. That is hardly always the case. Let's remember that even after Munich in 1938 England and France gave guarantees to Poland and lived up to the promise by declaring war on Germany.

I would not rush to pass judgement on those who advocate a less bellicose position. They might be doing so in good faith, building on what they think is a more realistic take on the situation. Moreover, a country that has never lived up to its NATO obligations on adequate defence spending is not the one that should lecture other countries that have more dutifully contributed to collective defence.

The European Union on Monday postponed the implementation of new sanctions against representatives...

Kremlin: No one will talk to Putin in ultimatums

Russian President Vladimir Putin will not be spoken to in the language of ultimatums at talks on...

Amid fears by some politicians of a new "Munich Agreement" in talks on the situation in eastern...

Lithuanian president in Munich: To betray Ukraine would mean to betray ourselves

To betray Ukraine would mean "to betray ourselves", Lithuanian President Dalia Grybauskaitė said...