(3)
Ramūnas Bogdanas
aA
One month after a small Lithuanian aircraft, An-2, crashed into the Baltic Sea on 16 May, the public still knows very little about what happened and why. If officials in charge of the investigation know more, they keep it to themselves. 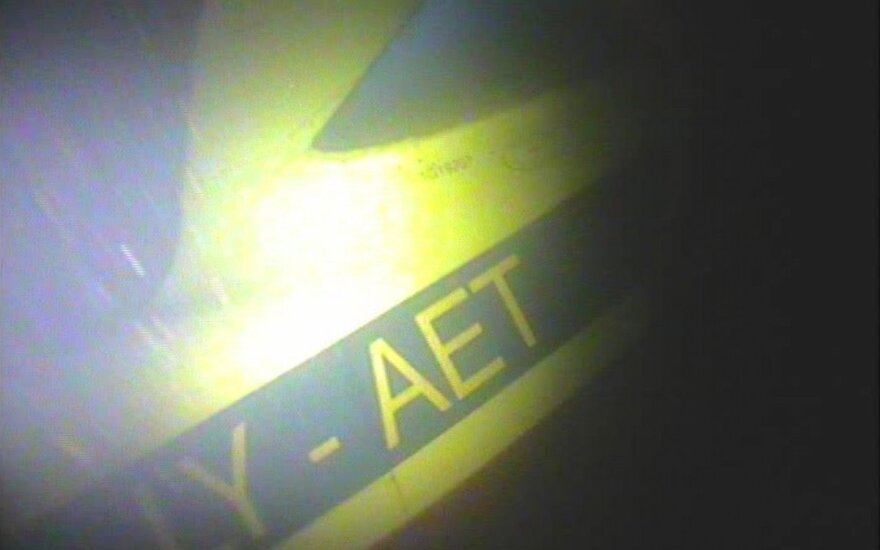 The last piece of news about An-2 we have heard was that the Lithuanian government had changed its mind and did not wish to have the airplane salvaged. There is enough data about the incident, they say, and lifting the remains from the bottom of the Baltic Sea would be very expensive and pointless.

Previously, the government was all too eager to have the plane salvaged, so money is probably not the main consideration here. Perhaps they already know exactly what happened to An-2? Meanwhile the public has so far been told more about the rescue operation than the reasons of the crash itself.

An-2 is not a Boeing or an Airbus, it weighs only 3 tonnes. Even less, if - as reports allege - its wings have broken off.

Underwater footage of An-2, which has been uploaded to Youtube, shows the plane's hull, but reveals little about the wings. Has the robot failed to capture them on film? The body of An-2 is made of duralumin, while its wings are metal structures covered with canvas. Inspecting the wings would show whether the plane hit the water gently or at a huge speed. Official reports allege that the wings broke off during the first operation when the aircraft was lifted to the surface for inspection.

There is also a note that one can see the engine of the plane under water. This suggests that the impact was so strong that it tore off the metalwork covering the engine. One more important detail: I spoke to several specialists who have studies many similar crashes and they told me that the propeller blades were bent in a way suggesting that they were turning when they hit the water. Was the engine still turned on?

Reportedly, the plane was discovered only 700 metres from the position it was last spotted by Sweden's radar. The altitude was 1,200 metres. If the coordinates supplied by the Swedes was at the flying altitude, it must have been a very sudden fall. Imagine a right triangle with the vertical side longer than the horizontal side.

What could have happened to a plane to make it dip into water with the engine still on, while two seasoned pilots did not have enough time to press the "mayday" button?

Since the start of Russia's aggression in Ukraine, there has been a sharp rise of Russian jets flying above the Baltic Sea with their transponders switched off and therefore hard to identify. NATO air policing jets sometimes take off several times a day from their bases in Lithuania and Estonia.

Last December, a passenger plane from Denmark narrowly escaped a collision with a military plane near Sweden. Swedish officials have identified the model of the military aircraft, but refused to make the information public. Denmark later confirmed that it was a Russian plane, but did not go into any more detail.

In early December last year, a Norwegian fighter jet F-16 accompanied a Russian MIG-31 that was flying by Norway's northern coast. All of a sudden, the Russian jet dove in front of the F-16, flying past it just 20 metres way. The Norwegian pilot just exclaimed "What the hell?" before making a sudden turn.

It is hard to say if that was the Russian's mistake or reckless hooliganism. Norway's air force refused to comment, merely noting on a sudden increase of Russian military flights.

Last March, a Russian fighter jet flew within 100 metres from a SAS passenger plane over the Baltic Sea. Such Russian stunts, it has been stated numerous times, pose serious threat to civil aviation.

Russian aviators have been particularly daredevil with NATO planes. On 30 May, a Russian jet approached an American intelligence airplane over the Black Sea within three metres. On 7 April, another US intelligence plane was flying over the Baltic Sea north of Poland when a Russian Su-27 whizzed by within six metres. The Americans called the Russian behaviour reckless, while Russia's defence ministry said the pilot was merely checking the American plane's number on the tail.

With this in the background, a question begs itself: could not the An-2 crash have been caused by a similar incident? My inner sceptic immediately raises eyebrows: how come the Swedish radars didn't spot a Russian fighter jet? And my response to him: who says they didn't?

Judging by reactions to the cases described above, Scandinavian military people prefer to speak as little as possible about incidents involving Russian military aviation. In our case, one reason for keeping silent would be political: to avoid raising tensions even further. Sweden's current government is reluctant to incite moods in the society that would raise pressure for Sweden to join NATO. Moreover, NATO itself would hardly want to find itself in a situation where it would be forced to give a resolute response.

Another reason to keep silent has to do with military strategy. All countries with military aspirations, including Russia, maintain air defence databases that help them judge capacities of the rival nations. It would not be sensible for the Swedes to reveal the specifics and capacities of their radar system.

Another possibility is that this hypothetical Russian fighter jet might have jammed radio signals in order to be invisible to Swedish radars or mislead them.

I have asked specialists what would happen if a jet flew close to an An-2 airplane. Jet engines create thrust by discharging fast-moving flow of air. When an afterburner is turned on during testing on land, trees one hundred metres away are swaying. Fighter jets emit flames five metres long, but a turbine even ten metres ahead of an AN-2 could shred its canvas wings and render it uncontrollable.

A trail of turbulence left by a jet might be another possible reason of the crash. How long the trail persists depends on weather conditions, but if an AN-2 flew into it less than a minute after a jet had passed, the pilots would feel like car drivers hitting an invisible road bump. If several fighter jets pass by at the same time, the trail is even more dangerous.

These are mere speculations that I base on unconnected facts or possibilities. Only a comprehensive investigation could tell us for certain what happened. One cannot rule out the possibility that the crash was caused by circumstances that neither Lithuania nor its allies would want to make public, as it would raise tensions even further or demand response.

Just like after the MH17 passenger plane was downed over Donbass. An international commission pushed back the release of its report from summer to autumn, although various side investigations are already pointing to a possible conclusion that might be damning for Russia. Still, despite difficulties faced by state leaders, the democratic societies have the right to be informed about possible dangers and perpetrators.

Alcohol found in blood of An-2 pilot

Alcohol has been found in the blood of Adolfas Mačiulis, one of the pilots of the An-2 plane that...

The Seimas Committee on National Security and Defence has completed its inquiry into the An-2 airplane...

Lithuanian National Defence Minister Juozas Olekas does not admit to have made any mistakes during...

Salvaging An-2 plane is too expensive, Lithuanian transport minister says

Lifting the An-2 airplane from its crash site at the bottom of the Baltic Sea is too expensive,...

The lifting of the An-2 plane that crashed in the Baltic Sea in mid May was ended on Friday night,...