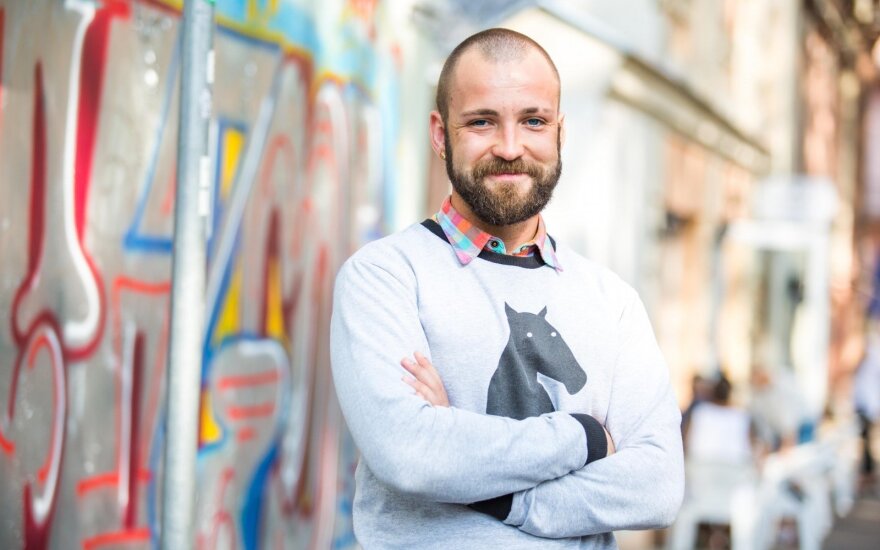 This time, the maps were for the first time financially backed by Vilnius City Municipality, which elected its first openly gay councillor Tomas Vytautas Raskevičius in April.

”Lithuanian cities welcome free and diverse people. Let’s celebrate this diversity, because this is how we move forward“ – says the long time activist and human rights lawyer Tomas. ”When I was a teenager, I could not imagine that I would become the first out LGBT+ Council Member of the capital city. It definitely gets better. In a wheelchair, with rainbow flag or hijab – we can challenge stereotypes only by getting to know each other, and that’s why Friendly City’s message is so important.”

At the launch party of Friendly City maps, 100 rainbow flags were given away, helping to spread the message of solidarity. Uniquely connecting entrepreneurs and activists, the project succeeds to grow a friendly and responsible community. 20,000 free copies of Friendly City maps are now being distributed around the Lithuanian capital city Vilnius and the second city Kaunas.

The project was launched in 2012 by filmmaker Romas Zabarauskas as an initiative to increase LGBT+ visibility. He was joined by Vilnius Night Mayor Mark Adam Harold and the project grew to include other “friendly” categories, encouraging shops and restaurants to have wheelchair access, vegan options or simply to be welcoming to pets. In addition to printed maps, all the friendly venues can be found online at friendlycity.info website. Around 70 businesses and 10 NGOs support the friendly message.

While the same sex partnerships are illegal in Lithuania and LGBT+ equality is lacking in many areas, its society succeeds in making positive steps forward. In 2017, Lithuania became the first country to grant asylum to gay and bisexual refugees who were fleeing homophobic purge in Chechnya. In 2019, Lithuanian Constitutional Court confirmed that same-sex unions concluded abroad are valid in Lithuania for migration purposes. Baltic Pride is expected to go ahead smoothly this weekend, bringing attention to the country’s diverse society.

“Baltic Pride” 2019 is the largest LGBT community event with the participants of the LGBT...

While “Baltic Pride” festival is taking place in Lithuania this week, ILGA-Europe , an NGO...

People marched in Vilnius calling for equality for LGBT community (6)

Saturday, March 8th, the center of Vilnius colored in rainbow colors. It is expected that around 10...