One of the world's least-polluting cruise ships visits Klaipėda 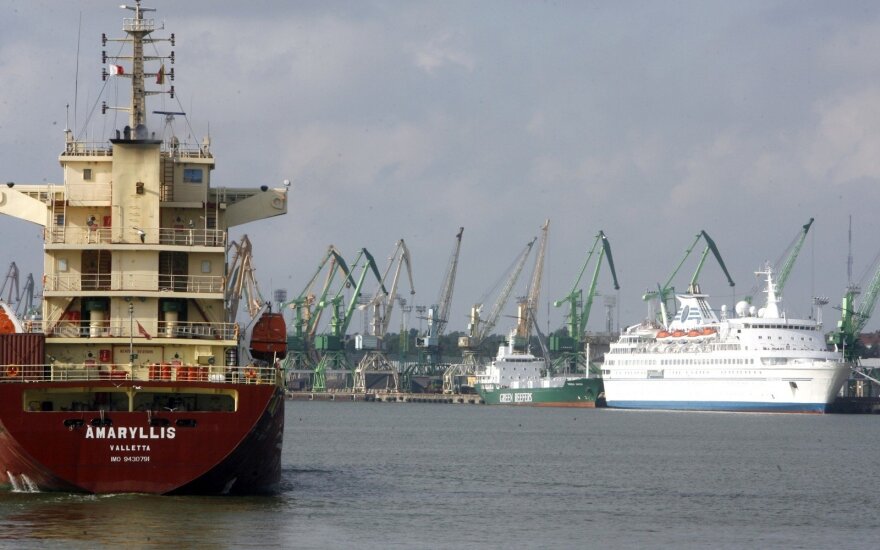 With the cruise ship season in its middle point, one of the world‘s most environmentally-friendly cruise ships Mein Schiff 5 is visiting Klaipėda port.

The ship's modern systems reduce her gas emissions by up to 99%.

The ship is 295 meters long and has 12 decks, she was built in Turku shipyard in Finland, but some of the parts have been assembled in Klaipėda.

The ship costs more than €539 million, she was finished only this January and the current seven-day cruise around the Baltic sea is only the second one for the ship.

“Ships standing on the quays or leaving and entering the port are serious polluters, but in this case we have an excellent example. <...> Klaipėda is always happy and supports arrival of such ships,” said the mayor of Klaipėda Vytautas Grubliauskas.

Mein Schiff liner, capable of carrying more than 2,500 passengers, is the 35th cruise ship this summer in Klaipėda port, the city will welcome 16 more this season. It is estimated that cruise ships will have brought 60,000 tourists by the end of the year. Last year, the numbers were similar.

A new cruise season is kicking off in the Lithuanian port of Klaipėda with the arrival of this year's...