BNS
aA
Belarus may officially open its Astravyets nuclear power plant (NPP) on Friday in a symbolic move ahead of this weekend's presidential election, but the facility is unlikely to start actual operations until late this year or early next year, the Lithuanian president's national security advisor said on Thursday. 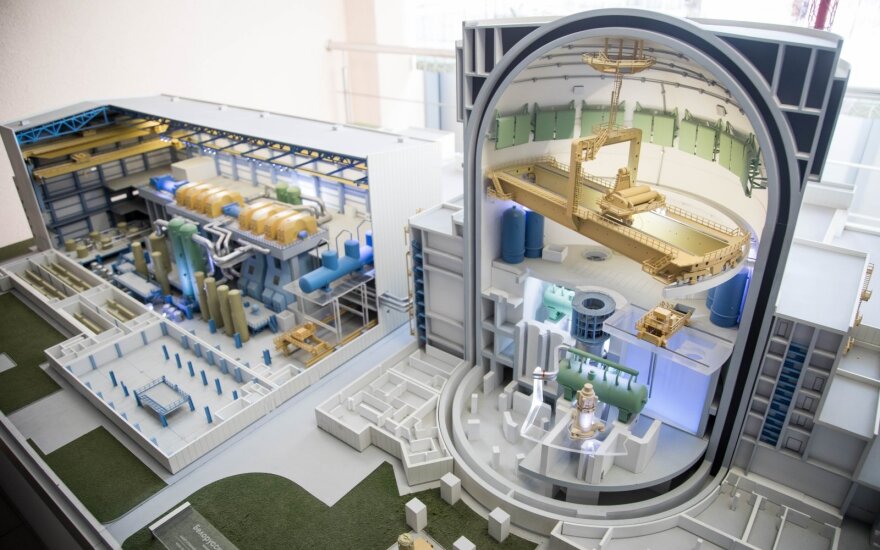 "The wording that the Astravyets NPP can be launched is not accurate," Darius Kuliesius told LRT Radio. "To our knowledge, the facility can start actual operations no earlier than the end of this year or the beginning of next year."

Belarus' Energy Ministry said on Tuesday that "the physical launch" of the Astravyets plant's first reactor "is planned for the coming days".

Kuliesius said this could be a ribbon-cutting ceremony ahead of this weekend's election.

"This isn't dangerous. Experts say this is a capacity equivalent to the needs of an iron," he said.

Dainius Gaizauskas, the chairman of the Seimas Committee on National Security and Defense, and Energy Minister Zygimantas Vaiciunas said on Wednesday that Lithuania had no official information about the launch planned for Friday.

The facility will have two Russian-made VVER reactors with a capacity of 1,200 megawatts each. It is located in the region of Grodno, about 50 kilometers from Vilnius and less than 30 kilometers from the Lithuanian border.

Plans call for switching the second reactor on about a year after the launch of the first one.

Vilnius is the biggest critic of the Astravyets plant and is determined to boycott its electricity. Minsk denies that the facility fails to meet international safety standards.

The Lithuanian government will consider blacklisting Belarusian officials for their role in the...

The Baltic states' joint boycott of electricity from the Astravyets nuclear power plant will cost...