OECD is looking to be enriched by Lithuania's membership 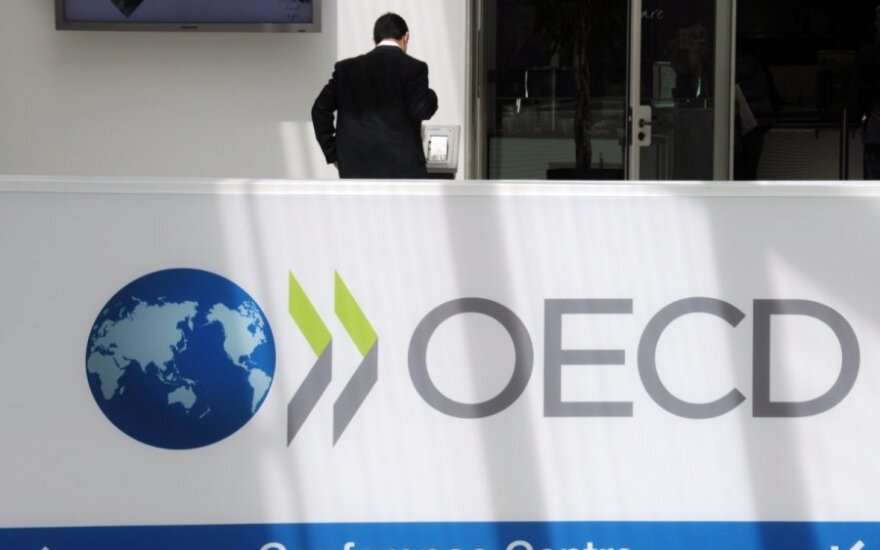 Upon being informed about the invitation for Lithuania to open membership talks in April, President Dalia Grybauskaitė said that OECD membership would provide “more possibilities to protect the interests of our country”.

Grybauskaitė said the OECD’s April 2015 invitation was an “acknowledgement of Lithuania’s consistent efforts”.

Lithuania has bid for the opportunity to participate in the OECD’s ascension process since 2002. Thirty-four countries have joined the OECD, which was created in 1961 to promote democratic, transparent, and free-market economies.

“What made the difference this time, in comparison with Lithuania’s previous [and most recent] attempt three years ago, was that Lithuania has passed through some of the benchmarks and laid out a detailed, serious preliminary action plan,” OECD Director of Legal Affairs Nicola Bonucci told The Lithuania Tribune.

An invitation to start OECD accession talks, Bonucci noted, does not signal “a mechanical move to the full membership” in the organization.

“We have one country, Russia, that has stumbled. We started OECD accession talks with Russia in 2007, but we suspended the process last year following the Russian warfare in Crimea and Ukraine,” he said.

“The fact that a country is an OECD member gives the business community a sense of confidence. Being a member of the organization is an indicator of a friendly, predictable business environment… Membership eases borrowing on the international markets,” said Bonucci.

The next stage in the accession process will occur in June when Lithuania presents an action plan to 20 to 25 OECD committees who may make recommendations for changes in legislation, policy or practice.

“Certainly, there is much that Lithuania can learn from Latvia, its closest neighbour, in the accession process. I’d say it [Latvia] has accomplished around two-thirds of the [OECD’s] benchmarks,” Bonucci said.

The OECD official said Lithuania’s accession roadmap will likely be “exactly the same or very similar” to Latvia’s which includes a commitment to non-discrimination, transparency and economic liberalization.

Regarding Latvia’s ascension process, Bonucci said the OECD would like to see corporate governance of state-owned enterprises, and the introduction of anti-fraud and anti-corruption measures to improve the country’s commercial integrity.

Since the fall of the Berlin Wall, the OECD has made membership diversity a key objective.

“For example, some of the new members, like Chile, Mexico, and Colombia – we are in talks with the latter now – are not necessarily rich, but they can certainly enrich the organization. That is what we are also looking for, among other things, in the candidacy of Lithuania. The enrichment can come from a possible member state in a different geographical location, or a unique experience a future OECD member state can bring,” said Bonucci.

Bonucci added that the Baltic states vividly illustrate a rapid transition from a state-governed economy to a liberal free-market economy. “There are a lot of lessons to be learnt from the three countries,” said Bonucci.

As a fully-fledged OECD member, Lithuania will commit to making annual financial contributions to the organization.

While Lithuania’s contribution sum is yet to be set, Estonia will pay 2.7 million euro for OECD membership in 2015.

On 15 April, Minister of Foreign Affairs of Lithuania Linas Linkevičius in a meeting with...

Lithuania has been invited to open negotiations on accession to the Organization for Economic...