the Lithuania Tribune
aA
US President Barack Obama is planning to substantially increase the deployment of heavy weapons and armoured vehicles in Lithuania and the Baltic States, and all along NATO’s eastern flank, to send a signal to Russian President Vladimir Putin, writes the New York Times. 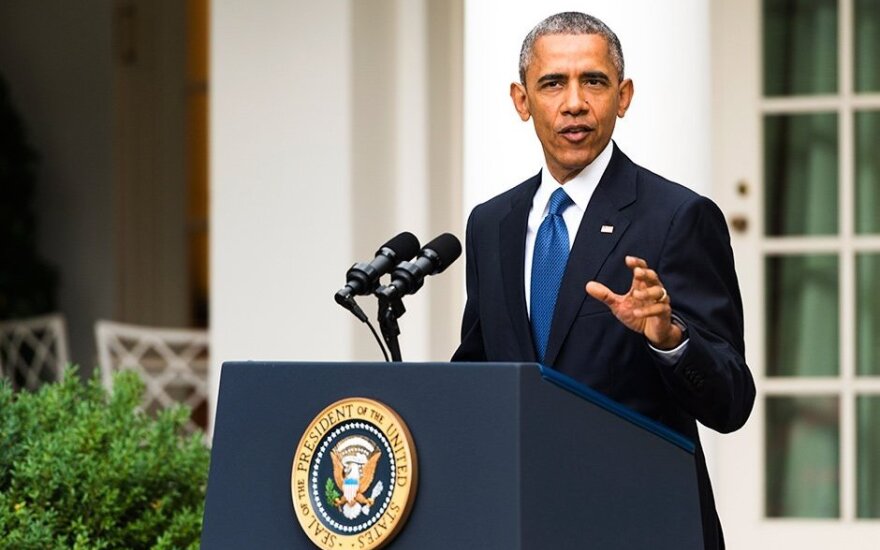 The US president is planning to quadruple the US military budget for the region to more than $3.4 billion (€3.1 billion) to pay for the additional weapons and equipment, several officials told the New York Times. That would more than quadruple the current budget of $789 million.

The weapons and equipment will be used by American and NATO forces, ensuring that the alliance can maintain a full armoured combat brigade in the region at all times, the newspaper said.

“Applying this budget to Europe fulfills promises we’ve made to NATO on the collective defence of the alliance,” a senior defence official told the New York Times. “But it also shows our commitment and resolve to individual countries to which we will be putting a persistent rotational presence of forces to demonstrate our resolve in their, and our, collective defences.”

Administration officials said the additional NATO forces were calculated to send a signal to President Vladimir V. Putin that the West remained deeply suspicious of his motives in the region.

“This is not a response to something that happened last Tuesday,” a senior administration official told the newspaper. “This is a longer-term response to a changed security environment in Europe. This reflects a new situation, where Russia has become a more difficult actor.”

It is not clear how Russia will react to the fortified military presence along NATO’s eastern flank but analysts said they were surprised by the magnitude of the increase in military funding for Europe.

“This is a really big deal, and the Russians are going to have a cow,” said Evelyn N. Farkas, who until October was the Pentagon’s top policy official on Russia and Ukraine, told the New York Times. “It’s a huge sign of commitment to deterring Russia, and to strengthening our alliance and our partnership with countries like Ukraine, Moldova and Georgia.”

Administration officials told the US newspaper that two years after its annexation of Crimea it was imperative to send Moscow a message that NATO will do all it needs to do in order to stand behind Eastern European members worried that they could be next.

General Joseph F. Dunford Jr., the head of the US Joint Chiefs of Staff, was in Brussels two weeks ago at a NATO defense meeting, where Eastern European countries again expressed concerns about Russia. In particular, that representatives from the Baltic nations — Estonia, Latvia and Lithuania — have been asking for a big statement of American military support, US officials said.

“This is a message that we see what they’re capable of, and what their political leadership is willing to do,” another senior administration official told the New York Times, in a reference to Russia.

Lithuania could become a regional logistics centre for the US military, says Lithuania's Defence...

Deputy US Secretary of State Victoria Nuland has called on NATO allies to send more troops to the...