Not clear Russia has achieved its primary goal in Syria, say intelligence experts

Rory Kelleher, the Lithuania Tribune
The primary goal of Russia’s military intervention in Syria was to link its actions in Syria to the conflict in Ukraine, disputes with the European Union and US sanctions on Russia and gain concessions but it is not clear it has achieved this, according to intelligence analysts Stratfor. 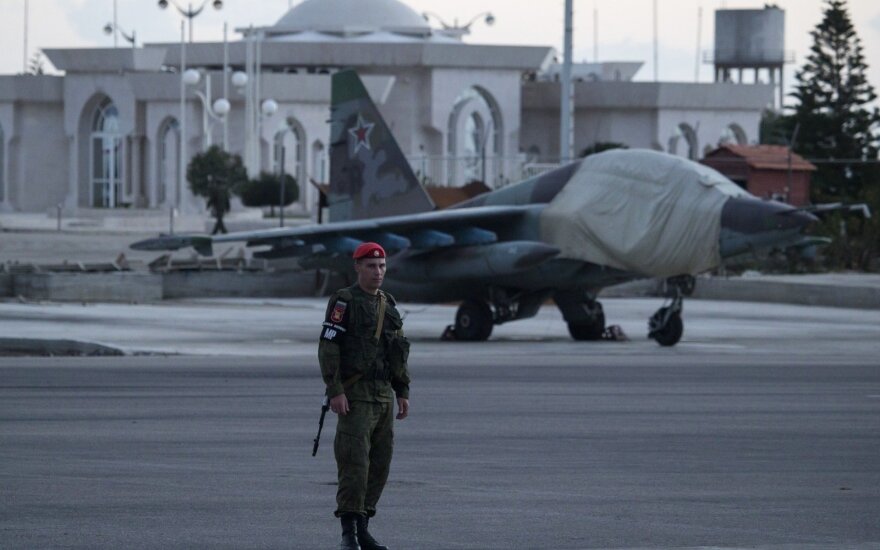 “Progress on Russia's primary goal is still uncertain. Moscow intervened in Syria to gain concessions on issues in other regions; whether or not it has been successful may depend in part on the terms of any peace deal,” say Stratfor in an analysis of the decision by Vladimir Putin to withdraw Russian forces from Syria.

“The March 15 drawdown, which is coming just as UN peace talks begin in Geneva, could be a sign of a breakthrough in the negotiations. It will be important to keep an eye on any signs of a deal emerging from Geneva and for indications coming out of Europe that could allude to a potential grand bargain,” Stratfor said.

The analysts said that Putin had achieved three of his four key aims in intervening in Syria: to prop up the regime of ally Bashir Al-Assad, to demonstrate and test the military capabilities of its modernised armed forces and to weaken the Islamic State.

Russian President Vladimir Putin took the international community by surprise in announcing the withdrawal of Russian troops from Syria yesterday evening after turning the conflict in the Assad regime’s favour and pushing back rebel forces that were threatening to gain victory in the long-running conflict.

Russia will withdraw its forces from the country over a period of up to five months but its air base in Latakia will continue to operate along with its naval facility in Tartus in Syria.

The Russian defence ministry said the first group of aircraft left Hmeimim air base in Syria on Tuesday morning.

Western diplomats welcomed the move, saying it could pressure the Assad government to engage in talks. Peace talks aimed at ending the conflict are entering a second day in Geneva.

Stratfor also warn that the pull-out could also be a smokescreen or an admission of defeat in their primary objective: “Of course, it could be that Putin is greatly exaggerating the significance of the drawdown, which may not significantly alter Russian actions in Syria. Though it is highly unlikely, the Russians may even be pulling out in defeat, having realized they cannot achieve their hoped-for grand bargain in Syria after all.”

AP reports that the US estimated between 3,000 to 6,000 Russian troops were on the ground in Syria.

The European Union has a united position on Russia, says Lithuanian Minister of Foreign Affairs Linas...

Refugees being used as a weapon of war by Russia, says Minister Linkevičius

Refugees are being cynically used as a leverage by Russia -backed Syrian regime in peace...