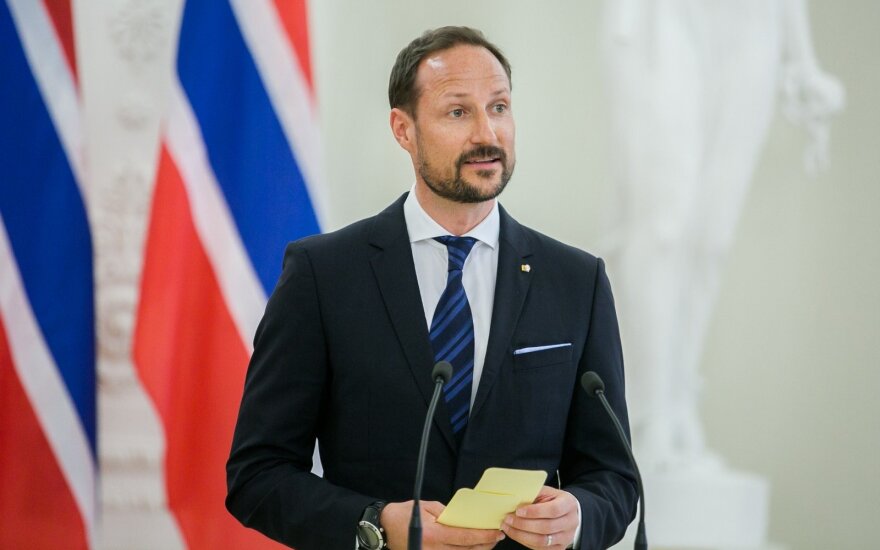 During the prince's visit to the Office of the President of Lithuania, two memoranda on the implementation of the European Economic Area financial mechanism for the period 2014–2021 were signed. Although Norway is not a member of the EU, it is part of the European Economic Area and provides financial assistance to Lithuania aimed at reducing social disparities from the beginning of the Baltic country's membership in the EU.

"We would like to highlight the particular focus on strengthening civil society and cooperation in the justice sector as directions", the crown prince told a press conference in Vilnius on Tuesday.

"I would like to note that Lithuania received such support when it wasn't an EU member yet. Every litas, dollar or Norwegian krone meant a lot then. It had to do with our hospitals, our social sector, our culture – many areas. And every Norwegian krone, or litas, o any other currency invested into our economy meant much more then than now", the Lithuanian president said.

Meanwhile the Finance Ministry says that, based on the documents signed on Tuesday, Lithuania will receive 117.6 million euros from Norway, Iceland and Lichtenstein, and 98 percent would come from Norway.

"The new stage of Norwegian and EEA investments in Lithuania continues years of successful communication and cooperation. It's important that such investments are not only limited to financial grants but projects based on the countries' good practice also contribute to the creation of wellbeing in Lithuania", Finance Minister Vilius Sapoka was quoted in the statement.

The new EEA and Norwegian financial mechanism is a third one already, with Lithuania having received over 151 million euros in investments from 2004 until 2014.

Crown Prince of Norway Haakon and Crown Princess Mette-Marit will pay an official visit to...

King Willem-Alexander and Queen Maxima of the Netherlands will pay a state visit to Lithuania in...