(1)
BNS
aA
Jonas Noreika, a controversial Lithuanian military officer known as Generolas Vetra (General Storm), led the anti-Nazi resistance of the Lithuanian region of Zemaitija (Samogitia) during the Nazi occupation time when he served as head of Siauliai County, and also organized a Jew rescue network in Siauliai, the Genocide and Resistance Research Center of Lithuania claims. 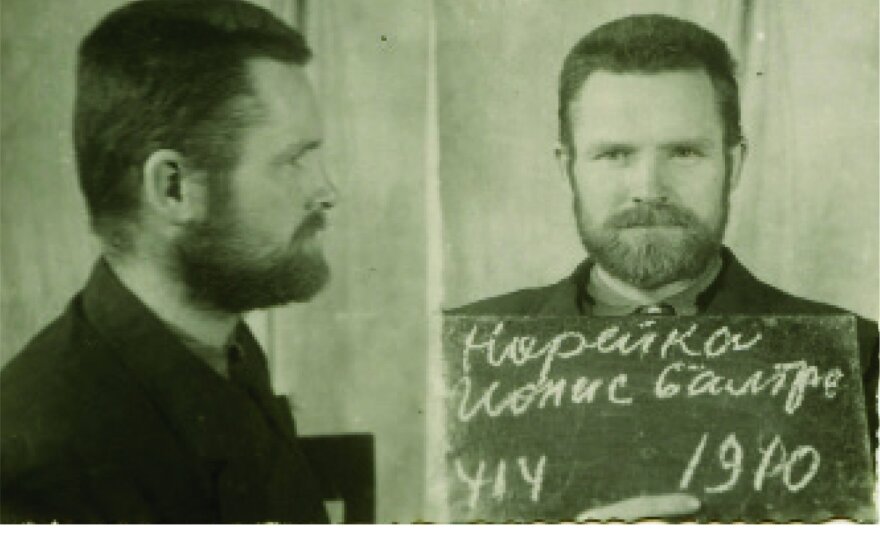 It said on Wednesday the fact was disclosed following the discovery of a testimony of Father Jonas Borevicius, unknown in the historiography so far, in the archive of the Lithuanian and Latvian Jesuit Province.

Borevicius was awarded a Life Saving Cross in 2017 upon the proposal by the Vilna Gaon State Jewish Museum for saving Jews, and also a memorial plaque was installed in Siauliai.

The GRRCL report also states that Noreika did not realize until the liquidation of the Zagare Ghetto that ghettoes were a stage of the Holocaust.

Noreika's commemoration sparked controversy in Lithuania earlier this year after his memorial plaque was initially damaged with a hammer by Stanislovas Tomas, a person introducing himself as a lawyer, in April, then glued together and reinstalled by the Vilnius authorities but Vilnius Mayor Remigijus Simasius then ordered its removal again in July.

At the initiative of the Pro Patria organization, a new memorial plaque was installed on the library's wall in September but the move had not been fully coordinated with heritage specialists.

Simasius said he made the decision to remove the plaque as Noreika, as head of Siauliai County during the Nazi occupation period, signed documents on the establishment of a Jewish ghetto and on arrangements regarding Jewish property.

Noreika's supporters, however, pointed to his anti-Nazi and anti-Soviet activities.

Lithuanian President Gitanas Nauseda is retreating from plans to table a bill to require...