No one can deny truth about genocide against Lithuanian people - Grybauskaitė

BNS
aA
No artificial barriers can prevent young people from honoring the memory of the victims of Stalinism, just as no one can deny the historical truth about the genocide against the Lithuanian people, President Dalia Grybauskaitė said as she met with members of Mission Siberia'18 team on Wednesday. 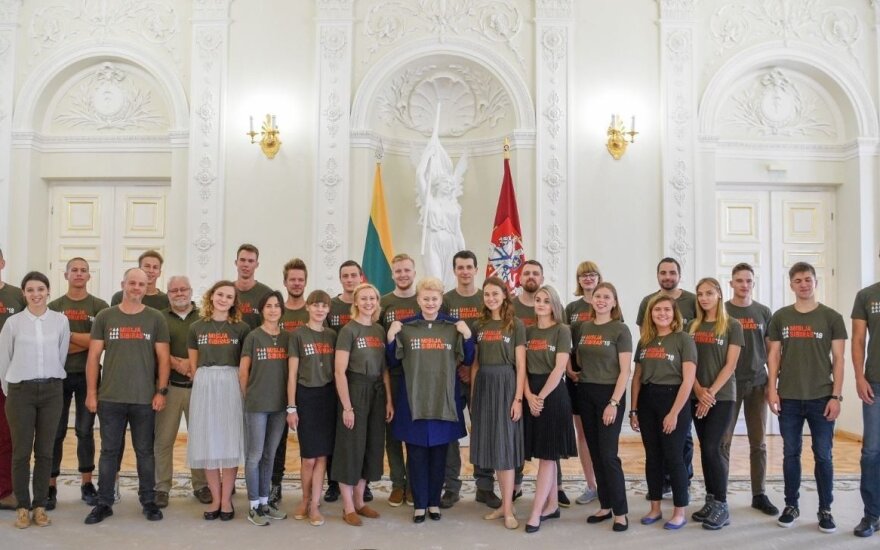 "This memory will always be alive, as evidenced by the patriotic determination by young people to go ahead with this year's expeditions despite hindrances," the president's office said in a press release.

Mission Siberia'18 participants are leaving on Thursday for Kazakhstan after the Russian embassy refused to issue them with visas in late June, less than a month before their planned departure to places of deportation of Lithuanians in the Siberian region of Krasnoyarsk.

Moscow accuses Vilnius of having frozen talks on an intergovernmental agreement regulating the maintenance of graves of soldiers and civilian victims.

This year's Mission Siberia will go to Kazakhstan's districts of Karaganda, Dzhezkazgan and Balkhash districts, where around 20,000 political prisoners from Lithuania were held in Gulag camps.

Grybauskaitė unveiled a commemorative stone at ALZHIR, a Russian acronym for the Akmolinsk Camp for Wives of Traitors of the Motherland to which Lithuanian women were deported, during her visit to Kazakhstan in October 2011, her office noted.

Over 150 Lithuanian burial sites have been cleaned up since the launch of Mission Siberia expeditions back in 2006. The last time a Mission Siberia team visited Kazakhstan was in 2009.

Lithuania's Mission Siberia will go to Kazakhstan this year

Representatives of Lithuania's annual Mission Siberia expedition, organized to tend to the burial...

Over a thousand people in Lithuania took part in the readings in ten cities of the names of more than...

Lithuania this year plans to send two Mission Siberia expeditions to Russia to clean up deportees'...