The Lithuania Tribune, BNS
The Lithuanian parliamentary speaker believes the parliament, Seimas, does not need to convene for an extraordinary session after the president vetoed the new Labour Code. 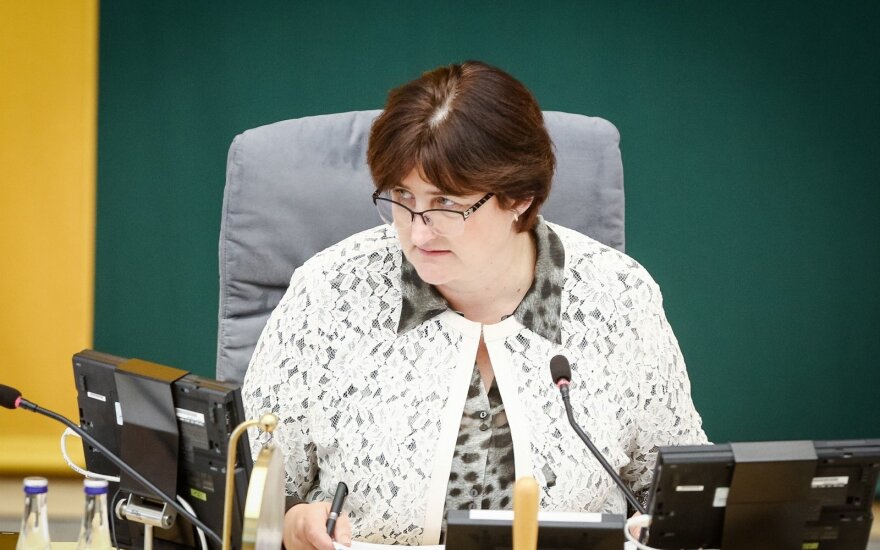 "In my opinion, there is no need for an extraordinary session, we will reconvene in September, there are procedures in place we have to abide by when the president vetoes a law," Loreta Graužinienė told Žinių Radijas on Wednesday morning.

She has added that if the current parliament, whose term expires this autumn, does not arrive at a decision to overrule the president's veto, the next Seimas is unlikely to to do it either.

"[The Labour Code veto issue] should either be concluded during this term, or we should state clearly that the old Code remains in place during the deliberations," according to Graužinienė.

She believes that the opposition parties, mainly the conservatives and the liberals, should support the ruling majority in overturning the president's veto, since they voted to adopt the law in the first place.

The new Labour Code is part of the so-called new social model, an ambitious package of reforms to Lithuania's labour market and social security.

Prime Minister Algirdas Butkevičius, a social democrat, has urged to adopt the new Labour Code before this year's general elections, as otherwise the issue would be left in a limbo. Meanwhile Graužinienė's Labour Party has suggested leaving the issue to the next parliament.

President Dalia Grybauskaitė has vetoed the new Labour Code, endorsed by the Seimas in June, saying it disproportionally favours employers and does not ensure proper protection of employee's rights.

Compared to the old Code, the new law makes it easier to fire workers, cuts minimum severance packages, increases the number of allowed overtime and introduces new forms of employment contracts, including the so-called zero-hour contract which has attracted particular controversy.

The government has said that the reform was necessary to attract investment and create new jobs. Meanwhile labour unions and other critics argue that the new Labour Code favours employers and undermine's workers' rights.

Lithuania's President Dalia Grybauskaitė has signed into law the reforms of the pension system and...